Sending out the 144,000 money needs to be put away for them some people care about their brethren not these guys. 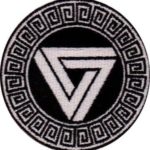 I remember the first time I met this particular pastor it was in October 2009, I had caught his local cable access channel he was doing a message on Hebrews 13:2 and I had just been recently tasked with calling out and sealing the 144,000 with the seal of the Kingdom of God and send them on their way. 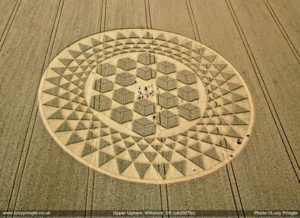 Sending out the 144,000 money needs to be put away for them some people care about their brethren.

I thought I would have been received better by men who claimed to know God.

I had been to three other pastors,  one told me to get rid of the lamps,  the other called the signs in England gobly gook, the other who was first had been calling the Lord’s supper the Eucharist.  I knew that was wrong it is the reason so many Protestants died in the inquisition because of our denial they could pull Christ from heaven and place him into a wafer convincing their followers they had received Christ Psalm 56:1-2 think about it?

This is by a priesthood resurrected in 313 AD.  His church was always dark inside, and it lacked a U.S. Flag a symbol of freedom.  I watched as one man came in kneeled in the aisle with one knee and gave the stations of the cross like he was ready to do battle and that is usually against the Protestants and the rest of the lost world and it is not sharing the love of Jesus.   I do not like dark churches only mushrooms can grow in the dark I am acquainted with a bright HOLY LIGHT.

As I was watching the broadcast I noticed the acronym for the church was TAG which intrigued me Jesus had also spoken at this time and asked me “Does he not sound like Elijah?”  I had in May of 2009 discovered not only was I losing my precious America but I noticed the system of Government was changing into what my stepfather fought against in WWII. I began doing a website to defend the word of God against the Zeitgeist film when I was finding myself back in Egypt when the truth was revealed to me.

I realized only then why it was that HE knew for a surety Genesis 15:13 that the Hebrews would be made slaves before Abraham even has a son,  it was  to hide the symbols that have become the symbols of the battle that could have only been built by the fallen Angels particularly Satan himself when he had a body. That is why he favors the NASB so much it hides the word replenish, and respect where it first appears especially the latter.   I tell you I get no respect and that is a dangerous field to be on.

Once I saw how the symbols should be placed Jesus pops into my apartment May 2009 wishes me happy birthday taps me on the shoulder and goes tag your it.

So I ended up talking to this pastor at TAG on October 31, 2009, the one who sounds like Elijah as he was doing Trunk or Treat which is the Pentecostals filled with the Spirit answer to Halloween for Christian Children.  I get it the children are feeling left out or is it the parents?  Clearly more mature in the spirit than they starting them on the road to compromise early and often.

The church could have something a week before and make it just as fun and special for them so that the other kids would want what we did. We could call our day the VJ day for Victory for Jesus as he defeated the powers of darkness a week before darkness celebrates theirs.  Big money, big sales, big corporations, dictate our values???

I asked him at his Trunk or Treat if he believed everything in Egypt was built by man?  He replied,  “That’s what they want you to believe” . 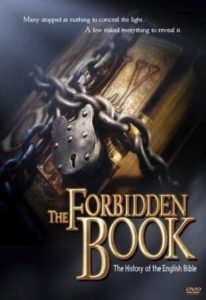 That week I gave his secretary a binder to pass to him with around thirty crop images pointing to Bible passages wanting to bless him.   I mean, after all, it is the word of God opened in a way the whole world can see it, unlike phony apparitions. His decision was to do nothing,  no discussion,  no communication.

That following Sunday I caught him to ask a question and he snapped at me I simply said the word Antichrist and he angrily said, he is going to burn in hell forever. Duh!  Children of Alcoholics do not respond well to anger so I stepped back obviously he thought I was him???  He then preached a message mocking the King James Version of the Bible snickering at its thees and thous I know for a certainty those who were martyred from 1611s and beyond had no other to stand on and it has brought us to here and it leaves no words out and any words added are italicized.  A good video to watch on the matter of the Bible is called “The Forbidden Book.” instead of its subtitle being the “History of the English Bible.” it should be subtitled “The problem with a priesthood.”

The next Sunday I took my stepfather the carpenter and his girlfriend to hear him she had been someone I had been witnessing to for some time, who kept insisting she was not a sinner and did not need to be “Born Again” a member of a Community Church so I thought I would test the spirits I brought her to find out why no revival was coming to this church.  I knew then his treasurer/ deacon was a Papist from two other Churches from my past.  What I  found odd is that his son in law a man after God’s own heart is anti-catholic and likes the video “The Forbidden Book.” the message that Sunday was based more around me who gave him the tools to start the revival. Standing there saying “Do you know who I am?”  I felt belittled like I had no value for trying to share the truth.  I passed it off feeling sad that a man 40 years in the ministry thought a truck driver in a two-bedroom apartment was the anti-christ or he was revealing that he did not really know who he was? It brought me back to Ross Perot’s running mate James Stockdale who asked the same question.

I set up an appointment that week to share some truths Jesus revealed to me I brought my stepfather so he could see I am from humble means along with him came his girlfriend the one who did not like my witnessing to her about her need to be “Born Again” claiming she were no sinner.  The first thing out of her mouth was praise for the mans preaching which I found odd because I saw it more of a front to me.

I explained the pyramid and he said pyramids will confuse people.  I mentioned the numbers in the bible he claimed God had no hand in numbering the Bible.  He made me a fool in front of my stepfather a man who suffered under the curse of alcoholism his wife my stepmother had been an orphan in a Catholic orphanage for  12 years of her life and she hated me up until seven years before she died, as she looked forward to my hugs and kisses she once rejected,  Jesus had made the difference.

I started attending to learn more what this Pentacostal man was all about the next Sunday at his evening Bible study he made it a point that I heard him say he knew human psychology, the game was on. I  then went to his classes to join the AG church to have him shake my hand and tell me we do not have to agree on everything to be friends in Christ?  It was only getting better.   No, we don’t but we need to agree that idols keep Jews from Jesus and that Rome has destroyed our world.   We must rise above the toes of the Pope to crush his head and set his captives free a person whom he serves more than Jesus believing he’s serving Jesus,  why else have a Papist as a treasurer?

Why is it that Pentecostals lean more towards Rome and not the word people like John MacArthur?  Why is it that those who fall backward become more defending of Rome when there are six other Churches in Revelation they can defend who is not like Jezebel forcing the kings of the earth to do her bidding.

Here is the answer to the why or as I see it revealed to me. The video takes place at a Catholic Monastery in Mexico that was oddly turned into a school and what did the demons teach each other there while those attending were unaware. It’s all about keeping others away from the word and placing emphasis elsewhere. Allow Satan to build his one world order.

He preaches that he is disappointed?  In what Jesus giving fair warning of HS return? The word opened up to the world?   The truth discovered in Egypt?  The seconding coming of Christ?    I have been disappointing people since I was given up for adoption into a Catholic alcoholic family I guess human psychology did not factor that in.

There is a television show put out by Amazon called “Good Omens” where everything is ready but they cannot find the antichrist, which I would think is one who would hide the word of God not want to lift up Jesus as HE desires.  Does not want to see money poured into the church or hope given to people. Because Jesus is not precious or worth the value God claims HE is.  Who wants people only falling on their backs on this side and wait for them to fall on their knees on the other side.

He can no more walk away from his call than I can mine, He needed not to be jealous because he is either the antichrist which I see more of in him,  than certainly I or with his desire for power he is Elijah.  One thing is for certain he needs to get to the top of the hill and fast. He will be back the world is waiting to meet him he is part of the peace plan.

The one good thing that may have come from all of this the other churches in the community will not follow in his footsteps.  Cursing those whom God seeks to bless can only lead to disaster just look at the world and Israel.

Will, there be a big ticker-tape parade in heaven for him or will it be here?  I know why they are going to hate Elijah they will hold him responsible for leaving them behind. I mean who does not want to be transformed and brought into heaven without experiencing death?

Permanent link to this article: https://thedivineplan.org/a-heroes-send-off/