The serpent follows me wherever I go he hated America but wanted that too.

When another heavenly body blocks the light of the SON/SUN, the light emitted around the edges is called a Corona.

During a total solar eclipse, the moon passes between Earth and the Sun. When this happens, the moon blocks out the bright light of the Sun. The glowing white corona can then be seen surrounding the eclipsed Sun.

God wrote HIS story in the stars; the Jewish people refer to it as the Mazzaroth.

It is a Hebrew word which means, in general, “The Constellations of the Zodiac.”
The book of Job, which is thought to be the oldest book in the Bible,
goes back to approximately 2,150 B.C., which is 650 years before Moses came upon the scene around 1,500 B.C. to receive the (Torah) or Pentateuch gave us the word.

The image is from NASA, the administration that was built by Nazi’s, and many of them had Catholic upbringings, but none of them ever knew Jesus. That’s why they were Nazi’s.

Let me answer that voice that keeps telling you, “but some Catholics love Jesus,”   We want them all to LOVE JESUS, not just some. But they have placed minions in churches everywhere to block the light from the world by promoting their darkness. Through dogma’s and delusions.

They’re for Pro-Life is an absurd statement. Rome’s motto should be   “Furetur, mactet et perdat.”  Which is Latin for  Steal, Kill and destroy.

This is a picture taken after world war two, clothes make the man but inside still dwells a spirit and a wrong way to think. 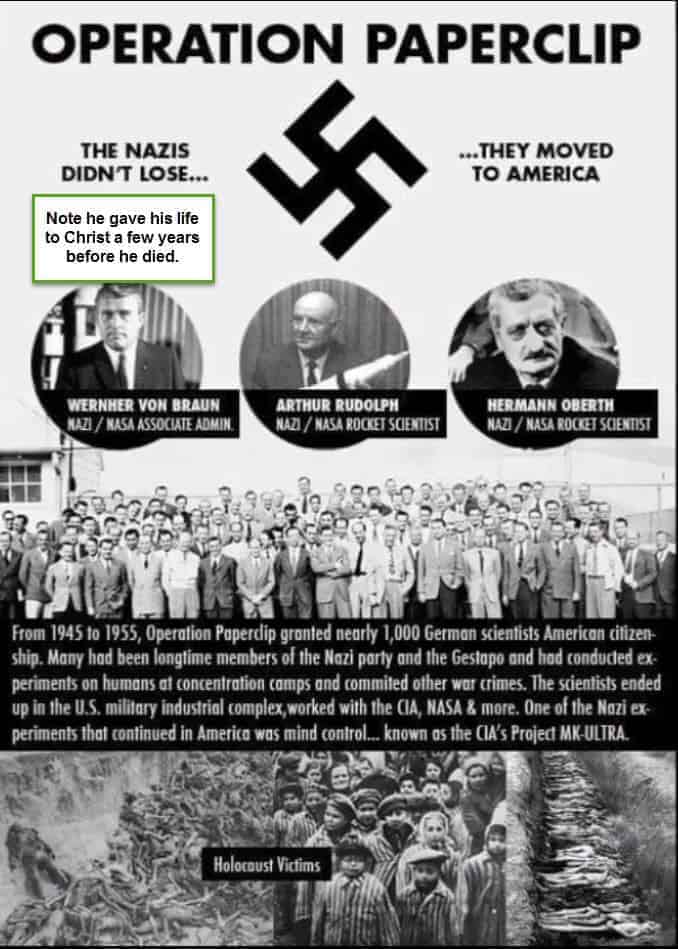 God wrote his story in the stars, and when he began sending HIS lamps on the earth to assist you in seeing the truth, signs the whole world could see the darkness had to hide it away with lies and ridiculous alien theories.

The list below was during the time of  Hitler, and there was more than one protestant in support. Anyone can call themselves a Christian HE came for the Jewish people first and charged Peter to bring them to the  Cross and reconcile them to God. 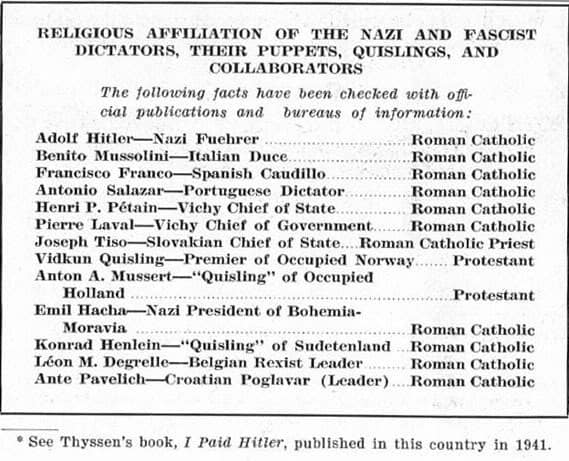 RCC are not Born Again. They continue to rebel against the truth swap the names above to Joe Biden, Nancy Pelosi, Bill Richardson, Rudolph Giuliani, Six supreme court justices, Leon Panetta, John Kerry, Bill Clinton, all traitors to America and the Kingdom of G-d. Look around in your church at those who protect her with foolish words like “If it wasn’t for them.” these are the tares.

If it weren’t for them, the word would be in more people’s hearts.

The church should know better, but there they are at home, and little light is getting out. They wanted to see evidence of power without words. Because the words reveal truth and truth is something God rejoices in, while the god of this world hates it, so his power is delusional.

No man has the power to invoke Christ to enter into a wafer, before the wilderness tabernacle the world had many gods, and all had priesthoods robbing the people and making them slaves to serve them.  Jesus ended that foolishness, and only fools would believe it necessary.

If God elects someone say like Moses to lead an Exodus, why do so many wish to block that?

Truth brings power to set the captives free; breaking those chains does not happen when you hide the truth.

The Coronavirus was well named because what God wanted to go viral did not occur. The pentacostal pastor with the Papist treasurer revealed a great truth that they do not know it or HIM.

They knew what it was I was bringing them and insisted on playing the devil’s advocate and continue to seek their leader from the top.

Christ is a cornerstone, not a capstone, and they are found at the bottom. 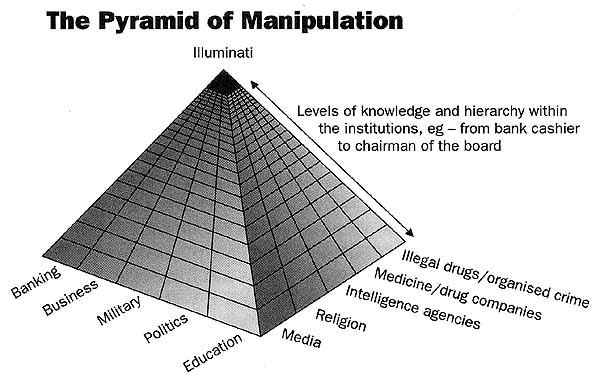 The angelic watchers can only conclude one thing many would rather God’s wrath than God’s mercy.

Nine is the number for judgment; any number multiplied by its sum totals to nine. No escaping it once issued.  There is only one God (1)  (9); real Christians have a protection a covering to avoid God’s wrath. The rest of the world does not but needs too.

The cover is not to protect God from you but you from God’s wrath. 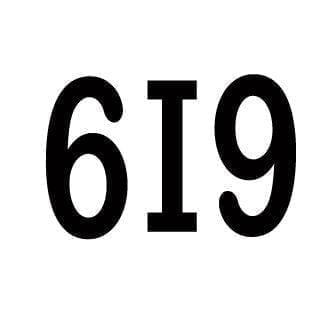 New heaven and earth on their way, and we should have our churches overflowing.

Not doing God’s will makes you an antichrist.

Permanent link to this article: https://thedivineplan.org/a-solar-eclipse-creates-a-corona-the-more-you-know/