Carl Sagan Had an Appointed Time and Made the List.

John F. Kennedy fired Allan Dulles over a botched attempt to overthrow Fidel Castro. Many people believe it was the CIA director Dulles who plotted to remove John F. Kennedy from office.

I chose Dulles because if anyone knew who was behind it, it would have to be him. I wanted to see where his date of death led me.

Many historians believe he sat on the Warren Commission that investigated the assassination of President Kennedy to obfuscate the investigation keeping eyes from looking too closely inside the White House. For posterity, one of the secret service agents makes a gesture when he is told not to stand on the back of the car carrying the president. This has been rehashed by many, but only God knows what went down that day. 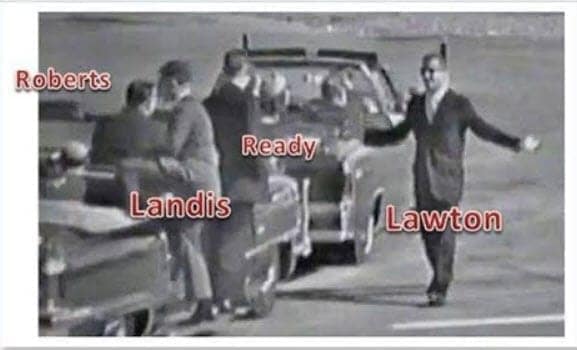 It is essential for us to understand this moment. This day defines us a Free Nation a Nation of power a certain power people would like to possess because they want all the power and they will do whatever it takes to get it including the killing of their own if need be.  They hate our freedoms and seek to bring us into bondage both spiritual and physical.

The CIA has a charter with the U.S. that they will not operate within America to influence our elections we also had treaties with the Indians that made promises too we all know how that went.  After Kennedy big oil interest took over the White House its all about the erl and every nations, need of it. War is fundamentally a business in which banks loan the nations the money and we the taxpayer pay them back with interest. Their agencies profit for creating wars that kill our children.

Jesus is on HIS way, and he is revealing much to us in these last days to bring about repentance and salvation.

Ecclesiastes 12:14 KJV
For God shall bring every work into judgment, with every secret thing, whether it be good, or whether it be evil.

I’m going with it was the CIA as it was with the twin towers all to steal our freedoms and take the oil and make us slaves to their new world order. Christians can do it better if we could just eliminate the Decepticons and stop serving cookies and serve the world the word instead.

Ecclesiastes 12:1-14 KJV
(1)  Remember now thy Creator in the days of thy youth, while the evil days come not, nor the years draw nigh, when thou shalt say, I have no pleasure in them;
(2)  While the sun, or the light, or the moon, or the stars, be not darkened, nor the clouds return after the rain:
(3)  In the day when the keepers of the house shall tremble, and the strong men shall bow themselves, and the grinders cease because they are few, and those that look out of the windows be darkened,
(4)  And the doors shall be shut in the streets, when the sound of the grinding is low, and he shall rise up at the voice of the bird, and all the daughters of musick shall be brought low;
(5)  Also when they shall be afraid of that which is high, and fears shall be in the way, and the almond tree shall flourish, and the grasshopper shall be a burden, and desire shall fail: because man goeth to his long home, and the mourners go about the streets:
(6)  Or ever the silver cord be loosed, or the golden bowl be broken, or the pitcher be broken at the fountain, or the wheel broken at the cistern.
(7)  Then shall the dust return to the earth as it was: and the spirit shall return unto God who gave it.
(8)  Vanity of vanities, saith the preacher; all is vanity.
(9)  And moreover, because the preacher was wise, he still taught the people knowledge; yea, he gave good heed, and sought out, and set in order many proverbs.
(10)  The preacher sought to find out acceptable words: and that which was written was upright, even words of truth.
(11)  The words of the wise are as goads, and as nails fastened by the masters of assemblies, which are given from one shepherd.
(12)  And further, by these, my son, be admonished: of making many books there is no end; and much study is a weariness of the flesh.
(13)  Let us hear the conclusion of the whole matter: Fear God, and keep his commandments: for this is the whole duty of man.
(14)  For God shall bring every work into judgment, with every secret thing, whether it be good, or whether it be evil.

Permanent link to this article: https://thedivineplan.org/allen-welsh-dulles-made-the-appointed-times-list/