Where are the Good Shepherds?

Better is it to Have Good Feelings Rather than Truth?

Rejoicing brings good feelings. I know God rejoices in the TRUTH, and  HE asks us to worship HIM in Spirit and Truth.

Only dogs return to eat up their vomit we were told not to be like them, let the old man die and live the new life given to us in Christ do not allow the old man back in.

Confusion is not of God. HIS story is written into my life, revealing that my initials from birth and adoption are five in all B.A.B.E.L. It is where confusion begins after Noah’s flood at the Tower of Babel. The first kingdom of the new beginning, after many generations people forgot Noah and the flood and built a tower attempting to work their way into heaven, it was the darkness that drove them in an attempt to find another way into heaven.

The last kingdom, like the first Kingdom of Genisis  11:9, was framed with towers as well only they were two this time, and it was 9/11, and both came crashing down in a country dedicated to Jesus Christ by the early settlers at Plymouth Rock. It was in 2001, and eight years later, in 2009, I was awakened to the call to start taking the confusion from the world and place their focus on the return of Jesus Christ. 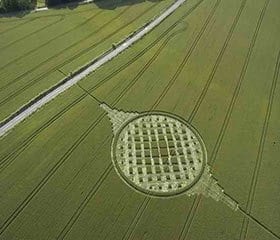 I understood what this was and what it meant, many were talking back then about the Axis of evil, and if we take and circle these lines around the globe to reconnect on the other side.  This Axis falls on the Vatican made by balls of light witnessed by many as being responsible for the crop circles. The axis of evil is the one with the many voices in many countries sitting on many waters. They had us bear false witness against a group of people that they had brainwashed into believing America was the great Satan.  Their CIA armed and trained the terrorist to fight against Russia while they strengthened  Communist China, and when ready turn the terrorist, they trained on America on 9/11, and people within our government are well aware of this.

The greatest obstacle to this revival and the saving of billions of souls was the Pentecostal’s who bought into their lies and tried to bring many of us back to a system that is drunk with the blood of the saints in the inquisitions.    Pentecostals fail their brethren crying out in Revelation  6:10.  If you feel they are unworthy of having died at the hands of Rome, then how will you get along with them in heaven?  They may not be so willing to let you in and rather see you endure the same fate they went under because you learned nothing.

You know, if you want to crush my head, I do not make it very challenging living here in a two-bedroom flat.

Rome is building the new world order for their god, who it is meant for. However, Jesus can use it, but it was not built for HIM now, was it?  They used the LORDS name in vain to build it; they lie cheat blackmail and steal, and how is that God?

If it creates a stumbling block for the Jewish people and keeps them from knowing Christ, how is that birthed from God?

The Pentecostal Road to Rome

Do not forbid the speaking of tongues, but the tongue should be asked for from God and received by HIM as an intimate gift to confirm the relationship.  Seminar tongues are a foolish way of trying to make a person believe there is now a relationship, and they have the HOLY Spirit.

You are not God, so do not try and force the gift insist that they pray and seek God for the gift when it comes they can call you and rejoice with you stop playing God and repent.

Brothers and Sisters, you will know by HIS means that you have the HOLY SPIRIT and HE will lead you into all truth, not delusion and confusion.

Permanent link to this article: https://thedivineplan.org/better-is-it-to-have-good-feelings-rather-than-truth/