“The Promise” was a movie about the Armenian Genocide.

There is no need to counterfeit unless there is a value in doing so, which means there has to be an original in which to copy.  The secret service in America has the responsibility of shutting down operations that counterfeit the American banknotes.  In order to spot the fake, they study the original, many have tried to duplicate our currency and it is good to have a sharp eye in such matters.

When traveling abroad you need to be careful you do not get stuck with counterfeit money handed to you back in change from taxi drivers who pick you up at the airport in unscrupulous countries who take advantage of tourist. In order for them to deceive you and defraud you it has to look like the real thing.

You could find yourself in need of another cab to get home or someplace safe and find your counterfeit money will get you nowhere. So it is with God one cannot say they love HIM with all their heart and not be aware of the counterfeit.

As Christians, we are blessed to have the HOLY SPIRIT who leads us in the path of righteousness for HIS name Sake (Psalm 23:3).

A good pastor is like a secret service agent able to spot the counterfeits because he has studied the original and loves HIM with all his heart.

Some claim to have the HOLY SPIRIT but are taken in by cheap counterfeits, if they go against the teachings of God and the commandments of God they are not counterfeit they are false entirely. Jesus said to break the least commandment they will be called the least in the kingdom.  If the Spirit of God is living in you, it should not be hard to spot the fake if indeed HE dwells within you.

To help you, spirit-filled saints, a harlot is a woman who is not loyal to one but is a  lover of many if you can call it that.  She does not love at all it is a seduction to steal something from you.  She wears fine clothes that are costly and her lovers provide her the money to purchase them. She does not buy off the rack at Macey’s she has them specially made costing enormous amounts of money,  she lives lavishly at the expense of destroying families and casting children in the streets from the homes she has wrecked and the broken hearts of the married women of the men she slept with.

She could be very religious and claim she knows God?!? In her life they are many her loyalty to them is like her loyalty to her men.  In the church the harlot is one who tells you she loves you but never tells you the truth, she is using you to get what she want’s her one world order for her favorite god that old snake in the grass.

Lucifer created the harlots he was a light bearer closest to God in the kingdom when created. He was covered in ornate stones and his beauty became vanity, after losing his position and having been stripped of his stones he was cast down to planet earth to start his new world order where he claimed worshiping the Son had no value that his new world order would not cater to the teachings of God or HIS Son who clearly to them at the time was invisible (the SON of Man comes through man and man had not been created during the first rebellion). You saw the Father then you saw the SON they are one and the same but it was a hard saying they just could not understand it.

We are without excuse for the SON was revealed to man and because of HIM, we can know God the Father.  Jesus came testifying about HIS Father and were HE came from, HE came from the Father who walked in HIM fully until the day sin was placed onto Jesus. When he was asked to reveal the Father Jesus replies if you have seen me you have seen the Father,  I and the Father are one.

At the cross-division takes place the one becomes many as we are all made heirs and joint-heirs with Christ. The fallen angels refused to worship him denying he was real,  we have come to know HIM and embrace HIM.

My words are meant to lift up the SON and reveal the truth it is, after all, all that God rejoices in.

I am going to go out on a limb and say if at this point in our world you do not know who the harlot is you cannot have the HOLY SPIRIT who of course would know.

This may shock many of you but you will thank me at some point later.

Catholicism is not Christianity at all in fact not even a good counterfeit.

Jesus ended the priesthood because of the wicked hearts of men, men who are too small for such a great undertaking. There is only one mediator between man and God and only one way into the kingdom of God. If you knew HIM you would know you wouldn’t need a priest!

Let’s use some of the bride’s dowry to make up some T-Shirts and witness like their eternities depended on it. 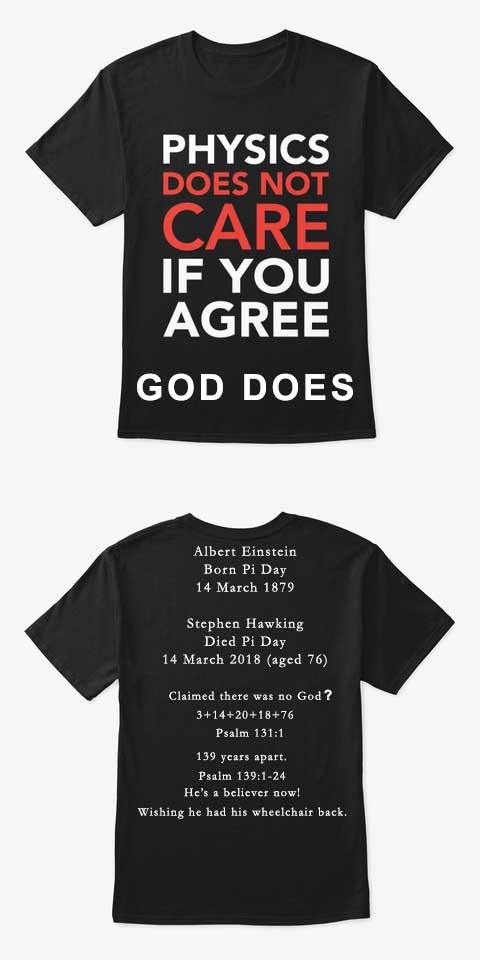 Permanent link to this article: https://thedivineplan.org/counterfeiting-101/