Carl Sagan was another naysayer of God an Astrophysicists who studied the stars. You may remember him doing a show called “Cosmos” where he spoke in terms of billions and billions of years, he was fascinated with creation but could not be bothered to develop a relationship with the creator, and because he was an atheist denying God he had a large following.

Neil deGrasse Tyson, another misleading individual was a mentee of Carl Sagan.

Psalms 53:1 KJV
The fool hath said in his heart; There is no God. Corrupt are they, and have done abominable iniquity: there is none that doeth good. 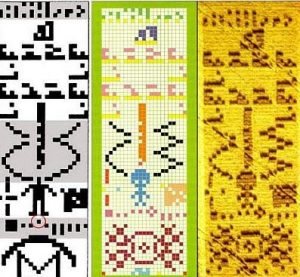 Sagan is famous for sending out that Arecibo message into the cosmos of which this year I completed the interpretation of the returned message in my Getting the Message Series having waited on those other ten moons of Jupiter to finally reveal themselves in 2018 bringing the total moons of Jupiter up to 79.

So I could explain why the four moons stand out where Jupiter is in our solar system. It’s not just the first four discovered by that heretic Galileo.

Psalms 79:4 KJV
We are become a reproach to our neighbors, a scorn, and derision to them that are round about us.

We offend God and HIS angels that are round about us, and we find the world wanting.

The very reason the planet Jupiter is constantly turbulent is that there are to many moons trying to be the big cheese. It’s the same with the harvest too much confusion too many voices all wanting to lead.

They try to treat me as they did Christ when HE first came. I am not Christ. I came to explain, to teach, to lift up HIS name and open HIS word to prepare the way of the LORD.

Are you like my AG minister disappointed? That’s what happens when you play the devil’s advocate or use human psychology you get his pay plan not God’s. Honor God’s word and rejoice. Don’t stand with God’s enemy which is obvious it is not a Christian Church even John Paul II made the list.

Some have noticed originally I am not from these parts, however, after having been here so long and attacked by those in the pulpit who want to see an outpouring while they side with the enemy and seek that I honor the enemy as well, I love them and that is why I don’t. Revival begins when hope bursts from our hearts that we are more than victors in Christ and our plan is heavenly engineered as being better.

These are the banners that fly high in heaven, revealing the leading families of heaven.

All should fly the flag of the house of God if they are of God.

Centers of Christian education fly the flag of wisdom with here light shining above her head her breast God asks us to feed from and her Torso the seed of creation for she was there at its inception.

Michael, is a warrior, an evangelist to all. His banner is meant for those who fought for the gospel, including American veterans. Gabriel sounds the horn represented by the cymbal an instrument of music that proceeds the battle line. Then there is the house of Abel for the teen ministries. This house knows how to play the game and is followed by the younger charges in his care. Three circles the center one stands out protected by the number for man six and the number of judgment nine ensuring we never pass this way again.

If you are going to build a new world order at least do it right.

A new covering hated by the old covering.

Is there life beyond Earth absolutely and to see it you will need to give your life to Christ. Right now carl Sagan is weeping over his failed knowledge of the Cosmos he never got to know the maker, and obviously, he can be known. You should check out Steven Hawking one a noted Physicists and another Nay Sayer who makes the appointed times list. 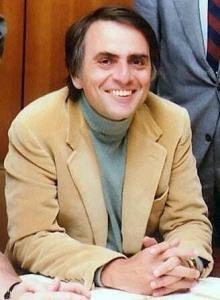 Carl Sagan Died on December 20, 1996, here but very much alive in the darkness with nothing to drink.

Psalms 147:1-20 KJV
(1) Praise ye the LORD: for it is good to sing praises unto our God; for it is pleasant, and praise is comely.
(2) The LORD doth build up Jerusalem: he gathereth together the outcasts of Israel.

Israel was in the world when Sagan’s superbrain was working but ignoring the truth.

(3) He healeth the broken in heart, and bindeth up their wounds.
(4) He telleth the number of the stars; he calleth them all by their names.
(5) Great is our Lord, and of great power: his understanding is infinite.

Sagan could have had a relationship with God and had a clearer understanding. He could be on a journey to visit the Cosmos right now but instead, he is in the darkness to await the final judgment in a place of weeping and gnashing of teeth.

(6) The LORD lifteth up the meek: he casteth the wicked down to the ground.

Hear that Church we the meek are going to be lifted.

Up, up and away! To infinity and beyond!

(7) Sing unto the LORD with thanksgiving; sing praise upon the harp unto our God:
(8) Who covereth the heaven with clouds, who prepareth rain for the earth, who maketh grass to grow upon the mountains.
(9) He giveth to the beast his food, and to the young ravens which cry.
(10) He delighteth not in the strength of the horse: he taketh not pleasure in the legs of a man.
(11) The LORD taketh pleasure in them that fear him, in those that hope in his mercy.
(12) Praise the LORD, O Jerusalem; praise thy God, O Zion.
(13) For he hath strengthened the bars of thy gates; he hath blessed thy children within thee.
(14) He maketh peace in thy borders, and filleth thee with the finest of the wheat.
(15) He sendeth forth his commandment upon earth: his word runneth very swiftly.
(16) He giveth snow like wool: he scattereth the hoarfrost like ashes.
(17) He casteth forth his ice like morsels: who can stand before his cold?
(18) He sendeth out his word, and melteth them: he causeth his wind to blow, and the waters flow.
(19) He sheweth his word unto Jacob, his statutes and his judgments unto Israel.
(20) He hath not dealt so with any nation: and as for his judgments, they have not known them. Praise ye the LORD.

Don’t spend billions and billions of years in darkness come into the light today.

Permanent link to this article: https://thedivineplan.org/divine-times/carl-sagan/