Charles Taze Russell ~ The founder of the Jehovah’s Witness’s

The founder of the Jehovah’s Witness’s a group who denies the deity of Christ claiming Michael the Archangel was Christ.

They deny the Trinity and they do not study the Bible without it being interpreted by the Watchtower who is their Pope.

Much like a follower of Catholicism they must-have a priest tell them what it means because God cannot reveal himself to them without a priest assisting just in case they actually might get saved.

These little lambs are lost and the souls taken by this false religion are many indeed. Jesus said it I repeat it.

“No man may see the kingdom of heaven unless he becomes “Born Again”.

He believes in a Trinity now.

However, crying out to Jesus now cannot help him the sin can only be cleansed on this side of the veil. 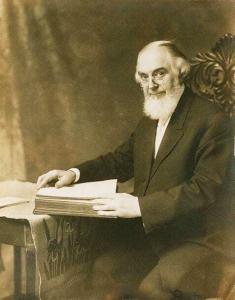 They use his name because it has power but it is not the Jesus of Scripture neither is the one out of Rome. 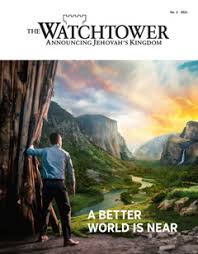 Drawn in by partial truth, find someone who can read the handwriting on the wall and has proof of relationship.

Psalms 140:1-13
(1) Deliver me, O LORD, from the evil man: preserve me from the violent man;
(2) Which imagine mischiefs in their heart; continually are they gathered together for war.

This must be a mistake Witnesses are conscientious objectors to war?

In the spirit they keep people from God it’s a war.

(3) They have sharpened their tongues like a serpent; adders’ poison is under their lips. Selah.

We are warned not to sharpen them in their error they learn to spin the truth to their advantage,  kind of like Romanism.

(4) Keep me, O LORD, from the hands of the wicked; preserve me from the violent man; who have purposed to overthrow my goings.
(5) The proud have hid a snare for me, and cords; they have spread a net by the wayside; they have set gins for me. Selah.
(6) I said unto the LORD, Thou art my God: hear the voice of my supplications, O LORD.
(7) O GOD the Lord, the strength of my salvation, thou hast covered my head in the day of battle.
(8) Grant not, O LORD, the desires of the wicked: further not his wicked device; lest they exalt themselves. Selah.
(9) As for the head of those that compass me about, let the mischief of their own lips cover them.
(10) Let burning coals fall upon them: let them be cast into the fire; into deep pits, that they rise not up again.
(11) Let not an evil speaker be established in the earth: evil shall hunt the violent man to overthrow him.
(12) I know that the LORD will maintain the cause of the afflicted, and the right of the poor.
(13) Surely the righteous shall give thanks unto thy name: the upright shall dwell in thy presence.

Permanent link to this article: https://thedivineplan.org/divine-times/charles-taze-russell-the-founder-of-the-jehovahs-witnesss/