This man knew who the enemy was and his plans to overthrow America and place his political puppets and lost souls in high places. 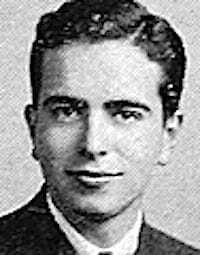 We stop at Proverbs 11 and remember who his ministry like mine is trying to reach.

Proverbs 11:1-31 KJV
(1) A false balance is an abomination to the LORD: but a just weight is his delight.

Protestants should have a portion of the wealth after all the Revelation speaks of Seven Churches and I do not believe they are even among the Seven mentioned? How’s that for walking in the spirit Mr. Pentacostal man?

(2) When pride cometh, then cometh shame: but with the lowly is wisdom.

Do not be proud of gifts that do not contribute to the kingdom. Discernment is of the HOLY SPIRIT!

(3) The integrity of the upright shall guide them: but the perverseness of transgressors shall destroy them.
(4) Riches profit not in the day of wrath: but righteousness delivereth from death.
(5) The righteousness of the perfect shall direct his way: but the wicked shall fall by his own wickedness.
(6) The righteousness of the upright shall deliver them: but transgressors shall be taken in their own naughtiness.
(7) When a wicked man dieth, his expectation shall perish: and the hope of unjust men perisheth.
(8) The righteous is delivered out of trouble, and the wicked cometh in his stead.
(9) A hypocrite with his mouth destroyeth his neighbour: but through knowledge shall the just be delivered.
(10) When it goeth well with the righteous, the city rejoiceth: and when the wicked perish, there is shouting.
(11) By the blessing of the upright, the city is exalted: but it is overthrown by the mouth of the wicked.
(12) He that is void of wisdom despiseth his neighbour: but a man of understanding holdeth his peace.

Jack Chick did not despise the Catholic’s, and neither do I, love must stand on the rock and darkness be exposed, and captives set free.

(13) A talebearer revealeth secrets: but he that is of a faithful spirit concealeth the matter.

I can’t say I am revealing secrets when it is right there out in the open. Catholics are not Christian what proof do you have that they are? The winning of Jewish people to Christ as the standard.

(14) Where no counsel is, the people fall: but in the multitude of counselors, there is safety.

I have a cloud of witnesses, and angels speak to me. Who knew they were round? 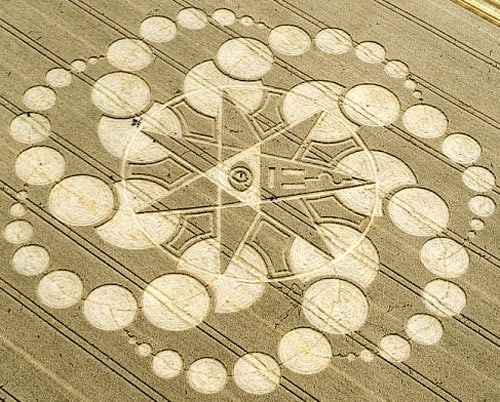 Down with cookies up with Jesus. Seven arms of half-eaten Eucharists with eight whole ones following behind surrounding the older ones too throw the enemy into the bottomless pit. 7 x 8 = 56 Psalm 56:1-2.

(15) He that is surety for a stranger shall smart for it: and he that hateth suretiship is sure.
(16) A gracious woman retaineth honour: and strong men retain riches.
(17) The merciful man doeth good to his own soul: but he that is cruel troubleth his own flesh.
(18) The wicked worketh a deceitful work: but to him that soweth righteousness shall be a sure reward.
(19) As righteousness tendeth to life: so he that pursueth evil pursueth it to his own death.
(20) They that are of a froward heart are abomination to the LORD: but such as are upright in their way are his delight.
(21) Though hand join in hand, the wicked shall not be unpunished: but the seed of the righteous shall be delivered.

(22) As a jewel of gold in a swine’s snout, so is a fair woman which is without discretion.
(23) The desire of the righteous is only good: but the expectation of the wicked is wrath.
(24) There is that scattereth, and yet increaseth; and there is that withholdeth more than is meet, but it tendeth to poverty.
(25) The liberal soul shall be made fat: and he that watereth shall be watered also himself.
(26) He that withholdeth corn, the people shall curse him: but blessing shall be upon the head of him that selleth it.
(27) He that diligently seeketh good procureth favour: but he that seeketh mischief, it shall come unto him.
(28) He that trusteth in his riches shall fall: but the righteous shall flourish as a branch.
(29) He that troubleth his own house shall inherit the wind: and the fool shall be servant to the wise of heart.

Now that’s what I’m talking about!

(30) The fruit of the righteous is a tree of life; and he that winneth souls is wise.

Jack Chick is a hero and a great king in heaven!

Will you be wise and help me win souls?

(31) Behold, the righteous shall be recompensed in the earth: much more the wicked and the sinner.

Permanent link to this article: https://thedivineplan.org/divine-times/jack-t-chick-points-to-proverbs-1130/