John Bunyan – Author of Pilgrims Progress we need to Progress stop listening to the world.

“John Bunyan (/ˈbʌnjən/; baptised November 30, 1628 – August 31, 1688) was an English writer and Puritan preacher best remembered as the author of the Christian allegory The Pilgrim’s Progress. In addition to The Pilgrim’s Progress, Bunyan wrote nearly sixty titles, many of them expanded sermons.

Bunyan came from the village of Elstow, near Bedford. He had some schooling and at the age of sixteen joined the Parliamentary Army during the first stage of the English Civil War. After three years in the army he returned to Elstow and took up the trade of tinker, which he had learned from his father. He became interested in religion after his marriage, attending first the parish church and then joining the Bedford Meeting, a nonconformist group in Bedford, and becoming a preacher. After the restoration of the monarch, when the freedom of nonconformists was curtailed, Bunyan was arrested and spent the next twelve years in jail as he refused to give up preaching. During this time he wrote a spiritual autobiography, Grace Abounding to the Chief of Sinners, and began work on his most famous book, The Pilgrim’s Progress, which was not published until some years after his release.

Bunyan’s later years, in spite of another shorter term of imprisonment, were spent in relative comfort as a popular author and preacher, and pastor of the Bedford Meeting. He died aged 59 after falling ill on a journey to London and is buried in Bunhill Fields. The Pilgrim’s Progress became one of the most published books in the English language; 1,300 editions having been printed by 1938, 250 years after the author’s death.

He is remembered in the Church of England with a Lesser Festival on 30 August, and on the liturgical calendar of the United States Episcopal Church on 29 August. Some other churches of the Anglican Communion, such as the Anglican Church of Australia, honour him on the day of his death (31 August).” 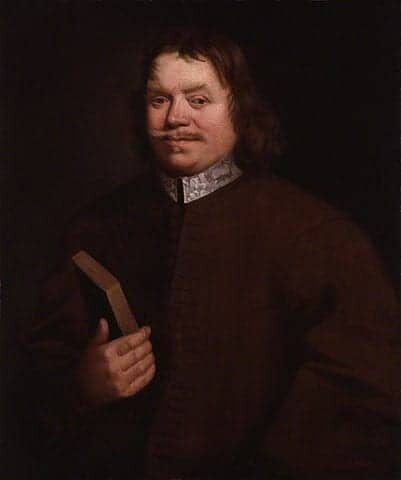 Remember where Pilgrim was leading us away from and headed to.

8+31+16+88+59= 202 Starting at David’s heart Psalms and going to the actual heart of God in the four gospels we stop at a passage that can be spoken to this age among Christians who have strayed from the path.

Isaiah 1:1-31 KJV
(1) The vision of Isaiah the son of Amoz, which he saw concerning Judah and Jerusalem in the days of Uzziah, Jotham, Ahaz, and Hezekiah, kings of Judah.
(2) Hear, O heavens, and give ear, O earth: for the LORD hath spoken, I have nourished and brought up children, and they have rebelled against me.
(3) The ox knoweth his owner, and the ass his master’s crib: but Israel doth not know, my people doth not consider.
(4) Ah sinful nation, a people laden with iniquity, a seed of evildoers, children that are corrupters: they have forsaken the LORD, they have provoked the Holy One of Israel unto anger, they are gone away backward.
(5) Why should ye be stricken any more? ye will revolt more and more: the whole head is sick, and the whole heart faint.
(6) From the sole of the foot even unto the head there is no soundness in it; but wounds, and bruises, and putrifying sores: they have not been closed, neither bound up, neither mollified with ointment.
(7) Your country is desolate, your cities are burned with fire: your land, strangers devour it in your presence, and it is desolate, as overthrown by strangers.
(8) And the daughter of Zion is left as a cottage in a vineyard, as a lodge in a garden of cucumbers, as a besieged city.
(9) Except the LORD of hosts had left unto us a very small remnant, we should have been as Sodom, and we should have been like unto Gomorrah.
(10) Hear the word of the LORD, ye rulers of Sodom; give ear unto the law of our God, ye people of Gomorrah.
(11) To what purpose is the multitude of your sacrifices unto me? saith the LORD: I am full of the burnt offerings of rams, and the fat of fed beasts; and I delight not in the blood of bullocks, or of lambs, or of he goats.
(12) When ye come to appear before me, who hath required this at your hand, to tread my courts?
(13) Bring no more vain oblations; incense is an abomination unto me; the new moons and sabbaths, the calling of assemblies, I cannot away with; it is iniquity, even the solemn meeting.
(14) Your new moons and your appointed feasts my soul hateth: they are a trouble unto me; I am weary to bear them.
(15) And when ye spread forth your hands, I will hide mine eyes from you: yea, when ye make many prayers, I will not hear: your hands are full of blood.
(16) Wash you, make you clean; put away the evil of your doings from before mine eyes; cease to do evil;
(17) Learn to do well; seek judgment, relieve the oppressed, judge the fatherless, plead for the widow.
(18) Come now, and let us reason together, saith the LORD: though your sins be as scarlet, they shall be as white as snow; though they be red like crimson, they shall be as wool.
(19) If ye be willing and obedient, ye shall eat the good of the land:
(20) But if ye refuse and rebel, ye shall be devoured with the sword: for the mouth of the LORD hath spoken it.
(21) How is the faithful city become an harlot! it was full of judgment; righteousness lodged in it; but now murderers.

But Lord they are for pro-life ?!?

(22) Thy silver is become dross, thy wine mixed with water:
(23) Thy princes are rebellious, and companions of thieves: every one loveth gifts, and followeth after rewards: they judge not the fatherless, neither doth the cause of the widow come unto them.
(24) Therefore saith the Lord, the LORD of hosts, the mighty One of Israel, Ah, I will ease me of mine adversaries, and avenge me of mine enemies:
(25) And I will turn my hand upon thee, and purely purge away thy dross, and take away all thy tin:
(26) And I will restore thy judges as at the first, and thy counsellors as at the beginning: afterward thou shalt be called, The city of righteousness, the faithful city.
(27) Zion shall be redeemed with judgment, and her converts with righteousness.
(28) And the destruction of the transgressors and of the sinners shall be together, and they that forsake the LORD shall be consumed.
(29) For they shall be ashamed of the oaks which ye have desired, and ye shall be confounded for the gardens that ye have chosen.
(30) For ye shall be as an oak whose leaf fadeth, and as a garden that hath no water.
(31) And the strong shall be as tow, and the maker of it as a spark, and they shall both burn together, and none shall quench them.

Repent and come out of her and fish on the other side of the boat.

Permanent link to this article: https://thedivineplan.org/divine-times/john-bunyan-author-of-pilgrims-progress-we-need-to-progress-stop-listening-to-the-world/