Lafayette Ronald Hubbard his time points to the crowd he caters to and they don’t find God.

This man is responsible for Scientology the religion of the Hollywood Elite one who has no claims to heaven. Hollywood is Satan’s programming console with vain imaginations and a plethora of lies.

It has no traditions that reveal it has deep roots. The man could write books and was a great orator his wisdom was carnal, not divine.

His Church preys on the weak and wealthy lost. Once inside it has you buying your way to wholeness.

All I would need to do is show Tome Cruise his movie “Oblivion” which came out shortly after I found the symbols of the battle of good and evil. Where the devil here makes the evil entity an upside-down pyramid and the bobblehead Bob is yours truly.

These people claim thetans move them and deny what Jesus taught and revealed demons men who were possessed of them that moved those in darkness.

How else do you get a movie like Oblivion? By the way the devil sees man in the image of God whom he hates Jack Harper is cloned it is symbolic of many Christ’s roaming the earth. To destroy what’s left of mankind.

God must punish sin he will not punish those who have received Christ and in Scientology, Christ is nowhere to be found.

The only good thing that came out of Scientology is Leah Remini, way to go girl keep up the great work in freeing those captives. 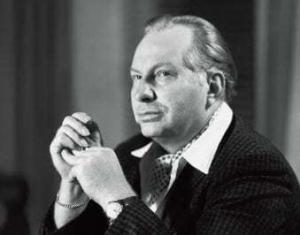 The only thing Good that came out of Scientology was Leah Marie Remini. 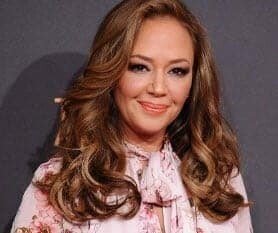 You could say Leah and I have kind of the same mission open blind eyes to the lies.

Click the image I made a movie Satan sings “Hooray for Hollywood.” 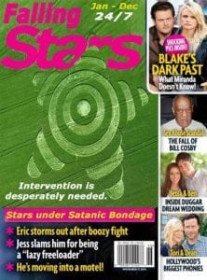 God reveals that stars are in bondage.

Now I know that this was written as Judgment on Judah and Jerusalem.

However, if you look closely you will find Mr. Hubbard. Until they give their lives to Christ they are to us as the enemies were to Israel.

Isaiah 3:1-26 KJV
(1)  For, behold, the Lord, the LORD of hosts, doth take away from Jerusalem and from Judah the stay and the staff, the whole stay of bread, and the whole stay of water,
(2)  The mighty man, and the man of war, the judge, and the prophet, and the prudent, and the ancient,
(3)  The captain of fifty, and the honourable man, and the counsellor, and the cunning artificer, and the eloquent orator.
(4)  And I will give children to be their princes, and babes shall rule over them.
(5)  And the people shall be oppressed, every one by another, and every one by his neighbour: the child shall behave himself proudly against the ancient, and the base against the honourable.
(6)  When a man shall take hold of his brother of the house of his father, saying, Thou hast clothing, be thou our ruler, and let this ruin be under thy hand:
(7)  In that day shall he swear, saying, I will not be an healer; for in my house is neither bread nor clothing: make me not a ruler of the people.
(8)  For Jerusalem is ruined, and Judah is fallen: because their tongue and their doings are against the LORD, to provoke the eyes of his glory.
(9)  The shew of their countenance doth witness against them; and they declare their sin as Sodom, they hide it not. Woe unto their soul! for they have rewarded evil unto themselves.
(10)  Say ye to the righteous, that it shall be well with him: for they shall eat the fruit of their doings.
(11)  Woe unto the wicked! it shall be ill with him: for the reward of his hands shall be given him.
(12)  As for my people, children are their oppressors, and women rule over them. O my people, they which lead thee cause thee to err, and destroy the way of thy paths.
(13)  The LORD standeth up to plead, and standeth to judge the people.
(14)  The LORD will enter into judgment with the ancients of his people, and the princes thereof: for ye have eaten up the vineyard; the spoil of the poor is in your houses.
(15)  What mean ye that ye beat my people to pieces, and grind the faces of the poor? saith the Lord GOD of hosts.

(16)  Moreover the LORD saith, Because the daughters of Zion are haughty, and walk with stretched forth necks and wanton eyes, walking and mincing as they go, and making a tinkling with their feet:
(17)  Therefore the Lord will smite with a scab the crown of the head of the daughters of Zion, and the LORD will discover their secret parts.
(18)  In that day the Lord will take away the bravery of their tinkling ornaments about their feet, and their cauls, and their round tires like the moon,
(19)  The chains, and the bracelets, and the mufflers,
(20)  The bonnets, and the ornaments of the legs, and the headbands, and the tablets, and the earrings,
(21)  The rings, and nose jewels,
(22)  The changeable suits of apparel, and the mantles, and the wimples, and the crisping pins,
(23)  The glasses, and the fine linen, and the hoods, and the vails.
(24)  And it shall come to pass, that instead of sweet smell there shall be stink; and instead of a girdle a rent; and instead of well set hair baldness; and instead of a stomacher a girding of sackcloth; and burning instead of beauty.

(25)  Thy men shall fall by the sword, and thy mighty in the war.
(26)  And her gates shall lament and mourn; and she being desolate shall sit upon the ground.

Following Hubbard’s death, Scientology leaders announced that his body had become an impediment to his work and that he had decided to “drop his body” to continue his research on another planet.

Hubbard is giving Jesus a lot of attention now. He found out there are no thetans just devils that lie.

He is not on another planet he is where the other Rich man went and would like a drop of water.

L. Ron Hubbard went to the cupboard to fetch his poor dog a bone but when he got there the cupboard was bare and his followers never go home.

Permanent link to this article: https://thedivineplan.org/divine-times/lafayette-ronald-hubbard-his-time-points-to-the-crowd-he-caters-to-and-they-dont-find-god/