This man is the founder of Psychology born and raised in Germany where once the greatest Protestant reformation began and the printing press was born that gave us the Tyndale Bible and the Geneva Bible that the pilgrims came over with on the Mayflower.

Satan hated the idea this nation began reading and publishing the words of God afraid they would find what God showed me in scripture that begins the ending of his reign of terror.

Psychology is the religion of the enemy it is finding a way to lay the blame on others to ease a troubled conscious. It neglects the need for God and repentance there is a point in life one has to stop blaming others and learn to be like Jesus and forgive. Sin is the problem and we all have it. To say we do not is to call God a liar and HE does not take kindly to that or Psychology.

Germany came under heavy demonic attack after the reformation as to slow the progress of the Protestant reformation and guess who was behind it?

The same ones who took America’s white house to do the same here. 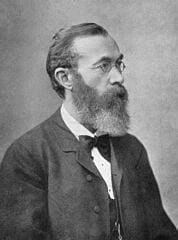 A mentor of Friedrich Wilhelm Nietzsche up next.

The highest suicide rate is among Psychologists because they do not know they are dealing with demons who trigger emotions within them.

Psychology Hypnotism steals the will of an individual leaving them an open door for demonic activity. All abductees who tell their story are doing a boilerplate description of the Aliens that do not exist by the demon using the individual as his communicator.

Proverbs 16:3 Commit thy works unto the LORD, and thy thoughts shall be established.

No need to have your head shrunk fill it with the word and love of God.

Proverbs 16:4-5
(4) The LORD hath made all things for himself: yea, even the wicked for the day of evil.
(5) Every one that is proud in heart is an abomination to the LORD: though hand join in hand, he shall not be unpunished.

Permanent link to this article: https://thedivineplan.org/divine-times/wilhelm-maximilian-wundt/