27 is the age of those who were never going to honor God with their lives. God sees the end of a man’s life, and these individuals were not out to advance the kingdom of Jesus Christ but to corrupt and attack its efforts by appealing to their generation. Even though they are dead, their music still influences and seduces young impressionable minds how much more damage would have been done had they continued?

Proverbs 10:27 KJV
(27)  The fear of the LORD prolongeth days: but the years of the wicked shall be shortened.

So what is wickedness?

Music that appeals to our darker nature promotes sin, and God hates sin and loves the sinner these individuals in the 27 club attracted demons into their lives, spirits that once lived here before man was created. The Bible urges us to put on the mind of Christ and take up the armor provided to us.  The word of God is the sword; the devil cannot stand against.  He would have us instead, lay on our backs rather than stand on the word. Rather we embrace his  Christ rather than the Christ of scripture, the Christ of scripture ended the need for sacrifice and disbanded HIS priesthood in favor of making us all priests to  HIS Father. The devil’s priesthood makes us slaves to build his new world order.

Unfortunately, parents do not try and protect their young from the darkness because they are blinded by it as well. Some parents leave it up to the child to make the choice to which faith to follow. There is only one door into the kingdom that we all must pass through. Forget about what the religion teaches; learn what Jesus teaches for HE testified of himself that you are only to have one teacher that is the Christ, so any teaching contrary to HIS is not from HIM.

By not raising children in the direction of heaven, they are being made to be children of hell and torment. Bible study and understanding is the best method of protection.

Stay away from the oxymoron’s of life those claiming to know God but deny HIS finished work by continuing to sacrifice or that they have a supernatural gift found in a defunct priesthood that mocks Judaism a system that can turn wafers into the actual body of Christ.  The antichrist denies that Christ came in the flesh and is the Son of God; their actions say it loud and clear.

Galatians 2:14-18 KJV
(14)  But when I saw that they walked not uprightly according to the truth of the gospel, I said unto Peter before them all, If thou, being a Jew, livest after the manner of Gentiles, and not as do the Jews, why compellest thou the Gentiles to live as do the Jews?
(15)  We who are Jews by nature, and not sinners of the Gentiles,
(16)  Knowing that a man is not justified by the works of the law, but by the faith of Jesus Christ, even we have believed in Jesus Christ, that we might be justified by the faith of Christ, and not by the works of the law: for by the works of the law shall no flesh be justified.
(17)  But if, while we seek to be justified by Christ, we ourselves also are found sinners, is therefore Christ the minister of sin? God forbid.
(18)  For if I build again the things which I destroyed, I make myself a transgressor.

In 70  AD, God used his pet to dismantle the priesthood he no longer needed. See, he can dish it out, but he can’t take it! The SON of God is no one’s pet! 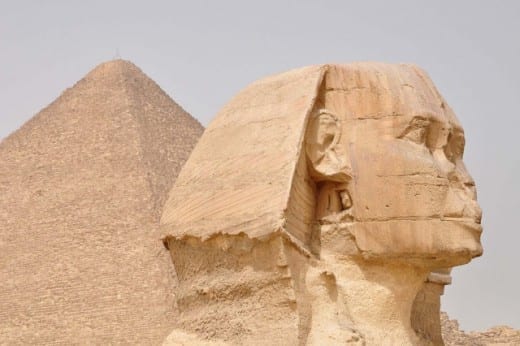 Meet the Lion of the tribe of Judah.

Galatians 3:23-29 KJV
(23)  But before faith came, we were kept under the law, shut up unto the faith which should afterward be revealed.
(24)  Wherefore the law was our schoolmaster to bring us unto Christ, that we might be justified by faith.
(25)  But after that faith is come, we are no longer under a schoolmaster.
(26)  For ye are all the children of God by faith in Christ Jesus.
(27)  For as many of you as have been baptized into Christ have put on Christ.
(28)  There is neither Jew nor Greek, there is neither bond nor free, there is neither male nor female: for ye are all one in Christ Jesus.
(29)  And if ye be Christ’s, then are ye Abraham’s seed, and heirs according to the promise.

Another oxymoron a man told me that  I don’t understand lamps,  telling the one who has a lamp that he does not understand the lamp God gave him is ludicrous. It just means I have a clearer connection to the master. What he might have meant is I am not ecumenical or delusional enough for him.  If slaying in the spirit is power from God, which I doubt it is.  So my first problem here is a sin of doubt. I knew of a spirit that once lifted a man and choked him to death in the early ’20s at a Catholic Monastery turned   into a school,   pupils were in attendance.

Kind of like the movie “Ghost” with Patrick  Swayze who passed away at 57 in the scene where one spirit teaches him how to move objects. Human spirits either go to hell or heaven while demons imitate them in spiritual foolery.

If God could confirm it to me when I begin to minister, I will gladly allow HIM to slay people in the spirit like Benny Hinn only if  HE promises to raise them up more on fire for Protestantism instead of Catholicism that frightens away Muslims and Jewish People with their stone molded images.

Isaiah 13:9-13 KJV
(9)  Behold, the day of the LORD cometh, cruel both with wrath and fierce anger, to lay the land desolate: and he shall destroy the sinners thereof out of it.
(10)  For the stars of heaven and the constellations thereof shall not give their light: the sun shall be darkened in his going forth, and the moon shall not cause her light to shine.
(11)  And I will punish the world for their evil, and the wicked for their iniquity; and I will cause the arrogancy of the proud to cease, and will lay low the haughtiness of the terrible.
(12)  I will make a man more precious than fine gold; even a man than the golden wedge of Ophir.

Who is this man?

It is Jesus selecting a man to prove HIS divinity expressing HIS value; all cases could have been avoided had they in the 27 club trusted in HIM.

This man will be much like the first light bearer,  to show the congregation the SON has value and as this man should do as Lucifer was commanded to do and failed. He was only to go around and tell the congregation that the Son of God has great value come back to the heart of worship receive from the SON HIS love or bad things will happen.   He could not raise the dead,  turn water into wine, heal the sick, he was asked to be a friend of God and honor the call to call the rebellious back to reconciliation.

Proverbs 11:1  fair is fair. I  do have more visuals than he ever had, but you all get the idea, and we would not have these visuals if not for the arrogance of Lucifer.

(13)  Therefore I will shake the heavens, and the earth shall remove out of her place, in the wrath of the LORD of hosts, and in the day of his fierce anger.

If you hear his voice today, do not harden your heart. You never know when your last breath is taken.  The world is a dangerous place and becoming more so by the minute, ask Christ to reveal himself to you today.

Permanent link to this article: https://thedivineplan.org/dont-join-the-27-club-and-how-to-avoid-it/