Unless those days are shortened no flesh would survive.

The Power of One Role Reversal We Can Do This, I will need Your Help.

Enablers Are Not Men of G-d

A perfect society would be one that honors the laws that are established by a merciful and just leadership. The greatest leadership is one that expresses the greatest love for those it leads by offering their own life for the ideals they have established.  Bad leadership has no boundaries.  Their laws are unjust anything goes their laws are drafted by devils the original anarchist and they attack those who seek peace. : one that enables another to achieve an end; especially: one who enables another to persist in self-destructive behavior (such as substance abuse) by providing excuses or by making it possible to avoid the consequences of such behavior.
Let me add to that warmonger’s, pedophiles, corrupt politicians, corrupt politics, mafia types. Why is Catholicism the choice of gangsters and wicked men?
These should also be added beside the term fornication.

1 Corinthians 5:1-5  It is reported commonly that there is fornication among you, and such fornication as is not so much as named among the Gentiles, that one should have his father’s wife.  (2)  And ye are puffed up, and have not rather mourned, that he that hath done this deed might be taken away from among you.  (3)  For I verily, as absent in body, but present in spirit, have judged already, as though I were present, concerning him that hath so done this deed,  (4)  In the name of our Lord Jesus Christ, when ye are gathered together, and my spirit, with the power of our Lord Jesus Christ,  (5)  To deliver such an one unto Satan for the destruction of the flesh, that the spirit may be saved in the day of the Lord Jesus.

I thought after receiving Christ as my LORD and Savior that I had achieved the greatest milestone in my life. Was there anything greater than this love I had felt envelop me? Finding the truth set me free as I know that it will set many others free.  It was Jesus who drew me into Egypt to see another truth one meant for the harvest.  He made it clear if HE be lifted up HE would draw all men unto HIM.  It wasn’t just the cross he was referring to. When it comes to displaying love,  G-d has HIS arms open wide and HIS humor intact. 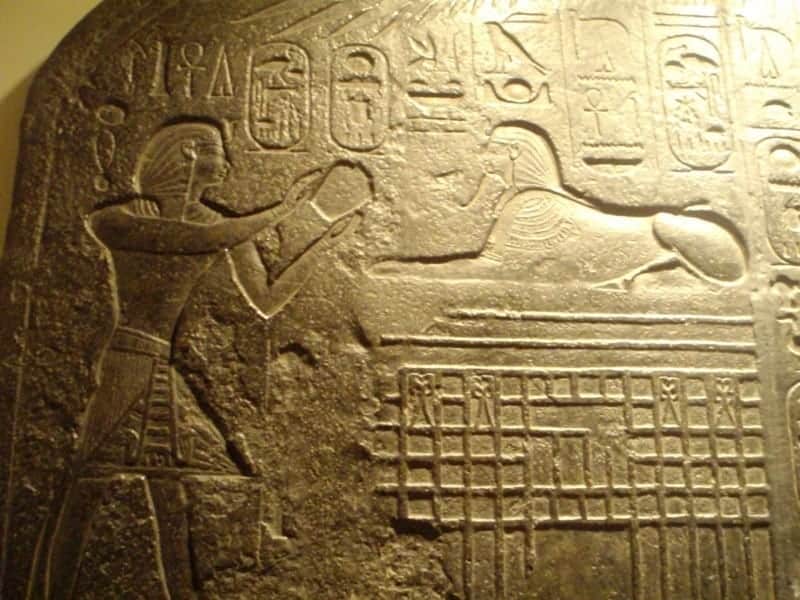 Dream Stele of Thutmose IV that is carved in stone in between the feet of the Lion of the tribe of Judah. All Thutmose needed to do was dig the sand off his body. All I did was place HIM where HE led America to place Him out of the dirt and lifted up.

The Sphinx was being buried under the slavery of the Hebrews as someone was busy doing operation cover-up.  Yeah hath G-d said when this is found it be the end of him? This is the way the system works best that is why I seek five kings and not just one.  The other five the enemy already has. Give me five solid Christian men with access to 10 billion each and wherever they go they will be kings. The rest farmed out to solid ministries who don’t stand with the harlot.  Those who did will not make the resurrection.  Look mercy time to repent. They offend G-d and use the name of Jesus in vain. They enable demonic activity such as false doctrine, pedophilia, alcoholism, and a plethora of other demonic activity. The five serving G-d are Guaranteed no weapon formed against them will prosper and they will speak out against the harlot without fear of reprisal because they are needed to give the enemy his peace plan and temple. The ten will give power to one and G-d will use that one to punish the wicked. So I may or may not be it. 🙁

The devil hid something very important from us all the truth, we know that he instigated the war.  Recently I became aware he gave it its symbols.  People deny the reality of him they say the devil is in our mind and not a real entity, he is as real as G-d the only difference is he has an end,  G-d does not. Heaven will be demon free and only the righteous in Christ will find an eternal home there. The others will do as Jesus said weep and gnash their teeth having chosen poorly.

2 Peter 2:1  But there were false prophets also among the people, even as there shall be false teachers among you, who privily shall bring in damnable heresies, even denying the Lord that bought them, and bring upon themselves swift destruction. Slick had a body and dwelt on earth that is how he built the symbols and wanted to be like the most high G-d.   Well, what can we say fair is fair and in this family, we start at the bottom and work our way up.
He gets another body??? Fair is fair. G-d loves balance. Proverbs 11:1
Brother Abel.

Permanent link to this article: https://thedivineplan.org/enablers-are-not-men-of-g-d-2/