A Pictures Worth A Thousand Words

Eyes Opened What Did My Eyes SEE?

The featured image is \ 3 circles with four eyes but when you section them off you get seven eyes. Just like the lamb of God in revelation the seven eyes of the spirit. 14 Raised Sections two oddly different Psalm 14:2. 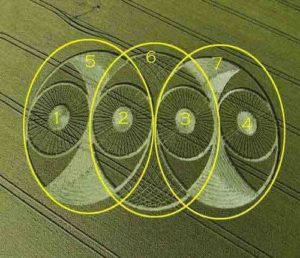 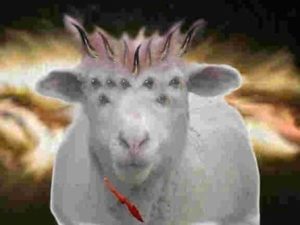 As I sat drinking my chemical infused water to do an MRI,  I could not help notice that I was sitting in front of a CMC  hospital. Then the LORD spoke to me and said they have several of these in states all across America and in every country in the world. He is not to blame this judgment it is not coming from God but their god who engineered it.

We would not sit in their churches to place our coin in their baskets but the money they stole gets our money in the end.  There are three things wrong with our world I see as the unholy trinity they are our legal system of Justice, our healthcare system, and let’s not forget those who make it all happen and spread over us like a  green bay tree! Taken from my discovery of the Gun Powder Plot of 1605 God is Good!

Psalm 37:35  I have seen the wicked in great power and spreading himself like a green bay tree.

All three have this in common  LATIN, as  Babel I know,   French is great, so is Spanish, German,  Russian, but all the people who are messing with us have their roots in LATIN and if you had to know it to build cars or computers we would still be riding bikes and using slide rules.

You want me then just come and ask me! Because I am smarter than you.  Jesus said after me finding HIS effigy in Egypt I was smarter than Einstein and I don’t know if that’s a compliment but Einstein died without Jesus which is not very smart.

Shall I cave to you or stand on God’s word??? I realize like the Nazis they’re systematically killing people in order for the rest of them to survive is what’s going on.  America is running out of things because they have an affection for the Imperial Dragon. They killed Kennedy to make this happen they went through a lot of trouble to do business with them for the cheap labor.  Now they want American’s to slave for them,  I can’t make it up.  Learn to say or understand I will peel more shrimp please or garlic in Chinese.  Is this what God wanted? Still, I am not turning stones into bread and I am still not looking to be God.

Again they seek to place blame on Russia and Russia is not to blame it is the Jesuits. I saw an advertisement for a publication who claims they have been looking into the Chinese connection for years,  they are saying its Russia when it is really Rome and her Ecumenical followers.

Is Nazi Germany what  Jesus is coming back too? This is the best system on the planet we could come up with. I love the old American Standard thank you very much.

You should check out my False Teachers Collection in my CinNoMore there are more than just crop circles back there.

I will just keep preaching the truth!

You need a peace plan more than happy to share the one I have, but I am not bowing down to your Ceasar like so many have.

These are the same people who raised my stepmother who did the inquisitions and placed Obama in the White House for 700 billion dollars to try and produce peace with Islam to steal their oil.
Still, think you should stop attending Church?

Think about how many Catholic Hospitals there are in the world and you tell me what you think is going on?

Permanent link to this article: https://thedivineplan.org/eyes-opened-what-did-my-eyes-see/