What about relatives and Co-workers?

I have been pouring over countless hours of the divisions in the  Church what one minister has to say about the others.  I feel it is necessary to expose the false teachers to keep the sheep from straying or backing the wrong horse.

No doubt teachers will be judged more harshly than the sheep under them. James 3:1-18

I sat under a minister who preached like Elijah, a great communicator. Still, most who were drawn to him were wounded souls who had been abused by shouting parents, so for me, it was feeding the missing craziness I grew up in; he used the NASB and defended the very people who create antisemitic behavior in our world. Who hide their identity in the NASB Psalm 56:1-2 NASB compare that to Psalm 56:1-2 KJV.

When it comes to Israel, God will not ever abandon her or forget her because of her; there are Christians,  saved souls,  and it is because of them we even have an old testament that points to the offering many of us have received.  So why do so many choose the false mocking priesthood covered with so many fancy stones that make others stumble to embrace?

Many ministers are calling out the counter-reformationist. They are, of course, bad Bereans who seek to embrace the dogmas and false teachings that come out of these false priesthoods.

Jesus told me just before giving me answers to the crop circles that HE wanted me to take the money they had been saving for HIM and give it to HIS Church to begin celebrating, that HE could make more gold when HE gets back!

So if the money they are saving for HIM is in Rome and HE wants me to give it to HIS Church, how can they be HIS Church? America is a Protestant (was), but we know who the angels are indeed leaving behind,  just by who it was that took over our nation and not for good. 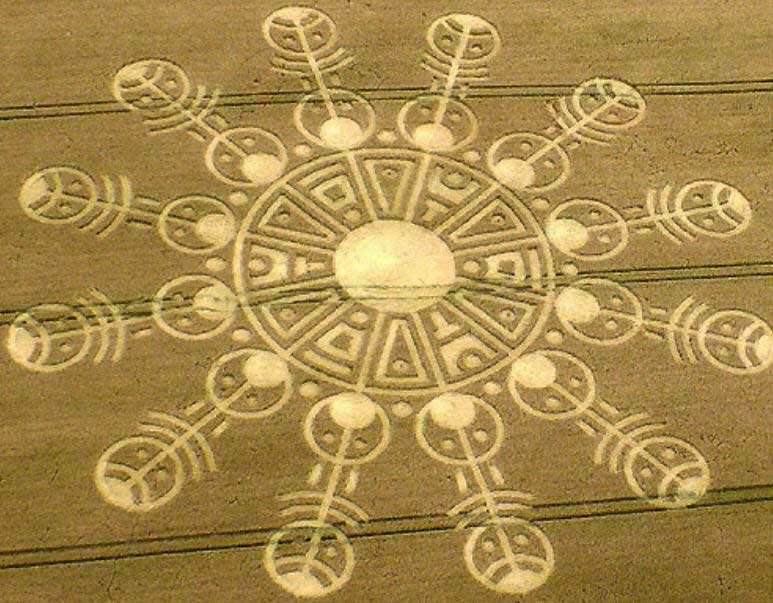 Angels targeting our nation’s three branches of Government, good Christians are waiting for those seats.

A deacon within a church I occasionally attend once commented to the congregation, stating he did not have a problem with Catholics. The spirit quickly immediately told me he will when he is left behind with them.  Traitors who could not stand on the word and defend it allowed men to creep in and diminish the finished work of Christ—compromising the truth while building their gallows; how is that being filled with the SPIRIT?

My friends have a friend I will call Robbie who is married, and his wife is very active in her Catholic Church. The first year they canceled the fireworks because of the COVID, we had fireworks at my friend’s house, and Robbie supplied them. Everybody loves him for it.

Now I know this man has not been “Born Again” I am constantly warned by people who claim to love Jesus with all their heart not to talk about my faith with these particular Christians present.  Now I know America has fallen to Rome, and that is why it looks more like Nazi America. It has something to do with locking the gates of heaven keeping God’s word away from those in need of it so that demons can fill the void while pretending to serve God.  Robbie speaks up to me and says, “One Nation Under God” this man doesn’t even know God.  The devil finds pleasure in provoking me because anger keeps us from God.

He doesn’t read the word faithfully, does not worship, and the worst, never shares the truth of Jesus with anyone; like most Catholics, he does not know it. Part of the call of the Christian is to win souls, not condemn them.

You do not have a soul; you are a soul, and you are eternal either here or in that lake of fire separated from God forever. 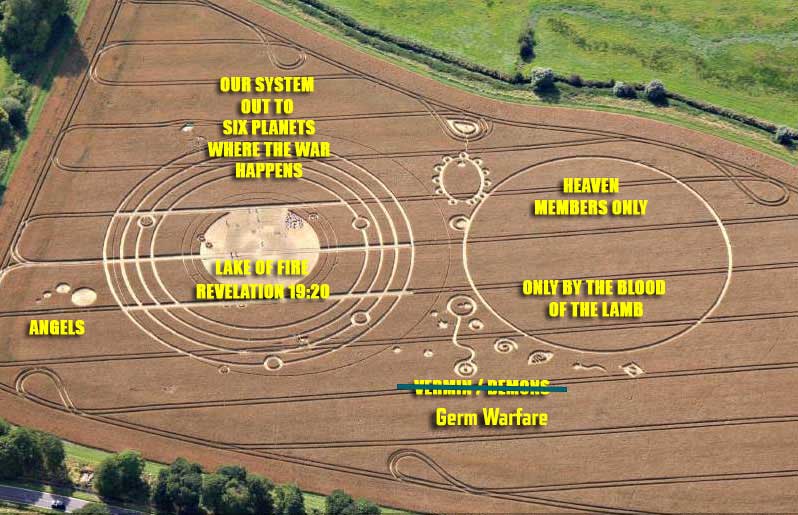 A few years earlier, I was asked to a Christmas gathering where this couple would be. I was told not to share my faith with them because people find me abrasive, kind of like a fierce countenance.  Praise be to GOD I caught a cold that Christmas 2020 and did not go anywhere.

I am amazed at how many say they love God, but when it comes to the truth, they can do without it. The truth is hard, and one cannot keep drinking the milk or the formulas produced by religions.

Saul became Paul; he was from the tribe of Benjamin, a citizen of Rome and the founder of the First Church in Rome, and like Rome, he persecuted Christians then took up their cause.

Benjamin, we know had two names one meant sorrow, the other meant right hand. Benjamin was given the mazzaroth sign of Gemini, the twins.

Throughout history, you will see that the darkness has a fascination with the idea of twins; it is not understood very well by the demons.

Dr. Joseph Mengala, a Nazi doctor, who aided in the whole building a better race of men and women, would place one twin in a room far down the hall from the other, and as he caused pain to one, he would observe the reactions of the other question what they felt.

Recently in 2018, a story went public about triplets separated at birth and placed in different socio-economic environments and observed if it was a genetic or social environment that developed each character.

The problem is not with race; it is with sin in our hearts the inability to love like Jesus because HE is waiting outside to come in the handle is on your side of the door. The superior race will be leaving the inferior races behind, and they are all colors; the superior race answered the call.

If you cannot love a brother of another culture or skin color, be aware heaven is filled with odd creatures we know as angels. They do not desire to see Jesus continually being sacrificed on man’s mock altars mocking the Judeo priesthood that God no longer needed after Christ came.  It is the devil who wants the continued sacrifice, and the darkness in the hearts of men supports it.

The following images are just a person’s concept of angels based upon descriptions in the Bible. 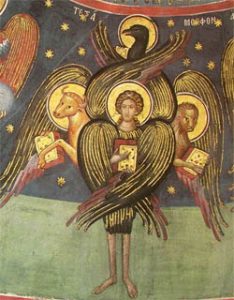 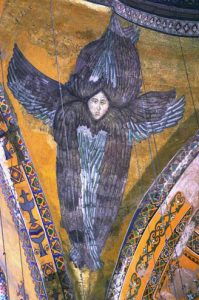 People it isn’t guns or our environment making evil. It is the refusal to deal with our own personnel sin; we are given the opportunity to face it repent, and become a new man for God’s next creation. When people tell me I am not supposed to confront Catholics it is them who are sinning not I.

Ezekiel 33:1-9 KJV
(1)  Again the word of the LORD came unto me, saying,
(2)  Son of man, speak to the children of thy people, and say unto them, When I bring the sword upon a land, if the people of the land take a man of their coasts, and set him for their watchman:
(3)  If when he seeth the sword come upon the land, he blow the trumpet, and warn the people;
(4)  Then whosoever heareth the sound of the trumpet, and taketh not warning; if the sword come, and take him away, his blood shall be upon his own head.
(5)  He heard the sound of the trumpet, and took not warning; his blood shall be upon him. But he that taketh warning shall deliver his soul.
(6)  But if the watchman see the sword come, and blow not the trumpet, and the people be not warned; if the sword come, and take any person from among them, he is taken away in his iniquity; but his blood will I require at the watchman’s hand.
(7)  So thou, O son of man, I have set thee a watchman unto the house of Israel; therefore thou shalt hear the word at my mouth, and warn them from me.
(8)  When I say unto the wicked, O wicked man, thou shalt surely die; if thou dost not speak to warn the wicked from his way, that wicked man shall die in his iniquity; but his blood will I require at thine hand.
(9)  Nevertheless, if thou warn the wicked of his way to turn from it; if he do not turn from his way, he shall die in his iniquity; but thou hast delivered thy soul.

He is the Christ the SON of the Living God it is upon that statement we build HIS kingdom, and the gates of hell shall not come against it. It is only through HIM can we be changed and saved.

What if the watchman and the instrument of HIS wrath are the same individual? Just like Saul becoming Paul,  cannot Paul be changed into Saul?

We did not make it hard what makes it difficult is the self-proclaimed apostles and priests, who have nothing to back their claims.

They have eyes to see but do not see, ears to hear, but they do not hear. This speaking of idols made by the hands of man, but we can idolize ourselves. Which is greater, the gift or the gift giver? The knowledge of the word is what sets people free. Hiding that knowledge does not set anyone free.  Rome has been keeping it that way for thousands of years. People stay tethered out of fear, not out of understanding if they understood they would cut the tether.

How do we bring such a splintered Church into UNITY? Should all slay in the spirit??? Should all get up from the slain position and support the doctrines of demons and counter-reformation nonsense that tries to keep the priesthood afloat? Should all speak in tongues?  Should all heal? Should all deny me my call?

He prepares a banquet for me in the presence of my enemies,

The Apostles would not recognize the Church out of Rome because they were all Jewish and not idol worshippers who promote antisemitic feelings in the world.

Watch the movie  “Last Emperor of China“(Amazon Affiliate link) substitute China for Rome, and the story is underway.  The devil will end the Roman Church because it was his to do with as he wanted. It is his nature to chew people up and spit them out when he is done with them. See my page, the “Future.”

Don’t let your future be spent with the dragon and his demons in hell. 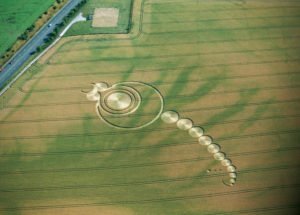 Permanent link to this article: https://thedivineplan.org/friends-dont-let-friends-burn-in-hell/