Do not harden your hearts as your fathers did in the wilderness not if you want great revivals.

Getting the Message Part 2 “The Elements”

Getting the Message Part 1 Counting to Ten Without Skipping Five.

The Arecibo message is a 1974 interstellar radio message carrying basic information about humanity and Earth sent to globular star cluster M13 in the hope that extraterrestrial intelligence might receive and decipher it. The message was broadcast into space a single time via frequency modulated radio waves at a ceremony to mark the remodeling of the Arecibo radio telescope in Puerto Rico on 16 November 1974. The message was aimed at the current location of M13 some 25,000 light years away because M13 was a large and close collection of stars that was available in the sky at the time and place of the ceremony. ~ Wiki

Yes, there is intelligent life all around us I call HIM Jesus.

The message consisted of 1,679 binary digits, approximately 210 bytes, transmitted at a frequency of 2,380 MHz and modulated by shifting the frequency by 10 Hz, with a power of 450 kW. The “ones” and “zeros” were transmitted by frequency shifting at the rate of 10 bits per second. The total broadcast was less than three minutes.

In my post of May 11, I said 20 million light years away when it was only 25,000 so my apologies, either way, they only used a 450 kW’s of power to push a signal 25000 light years so 25 million would have got you the same response and result. By the time a signal got that far the frequency of the stars and stellar radiation would have turned it into gobbly gook. No one would have been alive on planet earth if someone even answered the call and sent back a reply it was the angels and God looking over the shoulder of Sagan the minute the signal was sent the reply was waiting we just needed man kind to develop the resources to distribute it.  Praise God for great technology but it has a two-fold purpose.

First, it is to gather all people to the cross in time for resurrection and second it will be used to punish the wicked who treated the SON of God as a tool in which to profit by with no intention of truly caring for the lost sheep of Israel.

Just goes to show you I’m not perfect having said 25 million light years and I do not have to be I just needed to know someone who is perfect.

We will address this perfection with the first of the binary signal that showed God we do know how to count to ten revealing we are somewhat intelligent ourselves!

At the least, we understand that five comes before six thanks to the true intelligence community like Captain Kangaroo, Miss Jean of Romper Room, Boomtown with Rex Trailer that was referring to a rapidly growing community and not plans to wipe out a species before finding Jesus.

Praise God Ten is an important number in God’s kingdom here on the Earth as well as Heaven. Where they are honored all the time.

He left off a row, here’s the message it is just like man adding things that are unnecessary to communicate with HIM revealing your love for HIM is not placing stumbling blocks in the path of the blind and lost.

With only four numbers one can add to ten, with four binary digits one can add to Fifteen the above uses three binary positions with them all on we get 7 (111).  The sent message contained 10 unnecessary added positions that were removed in the returned crop image that was made by the lamps Lucifer once carried that were also in Jesus her HE drops it down from 27 to 17.

Psalm 17:7 is a good marker but the whole passage should be read,  it is after all the good book for the ones who want to be good.  Because it was made with three binary positions Psalm 17:3 would also be a highlighted verse as well.

Seeking balance let us also look at what theirs pointed too using 4 positions. Psalm 27:4 well you are not getting in that way you will need Jesus in order to dwell in the house of the Lord forever. Psalm 27 is a great Psalm though you did not plan it that way God did.  All of the creation always points to the creator whether they want it too or not.

The only way to get into heaven is that you must keep all TEN commandments perfectly or you will fall short of heaven and find yourself in the same place as Satan and his fallen angels a place of torment,  sadness and loneliness. Where Sagan is spending billions and billions of years.  This is because God is HOLY and had HIS home trashed by ungrateful creatures HE gave life too.  That is not ever going to happen again and the reason a protective covering was necessary. They saw no need to worship the SON and God showed them and us that the SON has value.

Cummins the maker of Deisel truck engines sells a generator that can produce the same 450 kW’s used in sending the original message some 25000 light years away.  In fact, M13 was the only visible cluster at the time in 1974 since then we have discovered a thousand times a thousand more galaxies.

There is a passage in the Bible that tells us that man professing himself to be wise became foolish, do you have any idea how much money was wasted that could have been used to feed clothe and bless those with need?

The alien agenda becomes superfluous chasing what demons plant in their minds,  free will has not been dealt with and God has not finished with its education. For HIM to give another species free will would deny the value of Jesus HIS SON.  All the galaxies and all the stars in them all the planets ever made were to let us know there is something greater than us and we are here not to escape but learn.

That you hold more value to HIM then all the stars made. It is a sobering and humbling thought that before you were born Christ was sent to die for the laws you broke ignorant or not.  Just because you do not know the law of the universe does not make you get a free pass,  you break the law you suffer the consequences. Jesus came to pay the price for the laws we have broken and too show us how serious this really all is.  Though I make light of a situation I do so that you can see it more clearly.

Romans 1:18-24  For the wrath of God is revealed from heaven against all ungodliness and unrighteousness of men, who hold the truth in unrighteousness;  (19)  Because that which may be known of God is manifest in them; for God hath shewed it unto them.  (20)  For the invisible things of him from the creation of the world are clearly seen, being understood by the things that are made, even his eternal power and Godhead; so that they are without excuse:  (21)  Because that, when they knew God, they glorified him not as God, neither were thankful; but became vain in their imaginations, and their foolish heart was darkened.  (22)  Professing themselves to be wise, they became fools,  (23)  And changed the glory of the uncorruptible God into an image made like to corruptible man, and to birds, and fourfooted beasts, and creeping things.  (24)  Wherefore God also gave them up to uncleanness through the lusts of their own hearts, to dishonour their own bodies between themselves:

The whole thing can be no older than 18,000 years old and the answer is in the 666.   God gave man 6000 years to develop his governments,  Proverbs 11:1 How long did the fallen angels have on earth to show the others that remained in Heaven and Loyal that a society without worshiping the SON could sustain itself.

Heaven is of course much older God had no beginning but solving the matter of loneliness and receiving genuine love in response to your own, would take giving all free will the cross separates those who want to be with LOVE from those who reject it.

There was a purpose to the dragon’s church after all something was saved for the harvest. But his clergy could care less. For the love of many have grown cold in these last days because the words of God have been kept from them by those who claim loyalty and love for HIM. 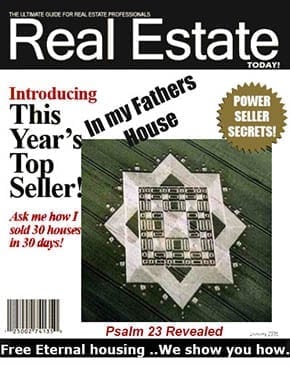 If you understand that the binary way to count was necessary to create this signal.

If you understand binary you can end it here if you want to learn more and how it counts especially pay attention to 6 and 9 which is the inverse of each other and how bar codes are scanned in your checkout lines why you can hold it any which way and it gets scanned correctly the codes have a beginning and an end like everything else it is how does a computer tell the beginning of the barcode from the end and the six is necessary.

5 always comes before 6 just ask your intelligence community who are trying to wipe out the world and those who are not.

Permanent link to this article: https://thedivineplan.org/getting-the-message-part-1-counting-to-ten-without-skipping-five/