Getting the Message “The Sending Devices”

Getting the Message Part 6 “The Moons of Jupiter”

Jupiter has been known to astronomers since antiquity. It is named after the Roman god Jupiter who is not like my God who was a Jewish Carpenter. It is and get this the FIFTH planet from the Sun. 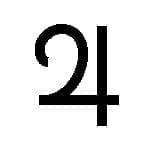 The symbol for Jupiter is oddly shaped like the number four using a 21 to establish it. In the message, 4 moons are prominent where Jupiter is in our solar system.  Keep in mind that the first Four commandments deal specifically with God and what is required of us who will live with HIM.  That the heart has four chambers and the first four books of the New Testament reveal God’s heart shared with us HIS SON here on earth.

As the symbol for Jupiter wasn’t well planned?

In fact, it is all well planned because HE loves you and desires no one to perish in hell.

As I shared in an earlier post,   Mars was known as the Roman god of war and its environment paradise compared to hells.

Jupiter was Romes highest deity in the universe until Jesus started saving souls then they had to join the bandwagon in order to slow the growth of the Christian community by controlling it themselves. Restoring the priesthood was its greatest mistake and denying the finished work of Christ which made any convert twice the son of hell.

Note the SUN is followed in the design by twelve planets that include Jupiters four moons originally discovered in 1610 by Galileo Galilei.  65 more moons were discovered through the course of time as our telescopes and technology became more advanced.

It was not until 2018 that 10 new moons were discovered bringing the total moon count up to 79.

So those with Doctorates in theology tell me how this happened? You are the same people who deny God his glory. I heard several preachers say God had no hand in placing the numbers in Scripture.  For HIM to create DNA the machines that make us it’s not a  problem for HIM to number the book that reveals HIS LOVE for you, a real nail biter.

The Hebrew Old Testament was divided into verses by a Jewish rabbi by the name of Nathan in A.D.  1448. Robert Estienne, who was also known as Stephanus, was the first to divide the New Testament into standard numbered verses, in 1555.  Way to go Robert and that is a great name BTW 1555 you slay me.

Psalm 79:4 stands out to me here God and HIS angels have seen enough and it is time to bring it to a close. You do not have to go to another galaxy to find intelligent life God and HIS angels are all around us and this battle with Satan and his demons happen in the heavens, as well as through you here on the earth, we are bringing the war closer to home to finish it.

Want to be on the winning team give your life to Jesus and get to know HIM. His words and teachings are in the four gospels and through his Apostles.

In the last post, I showed you a big head on a small body it is not big because of ego, the body must become bigger to support it but once it is lifted in place the body will fill out. 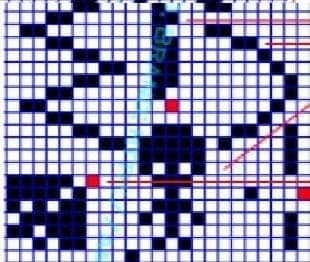 Jupiter is primarily composed of hydrogen with a quarter of its mass being helium, which means if anyone was ever living there they would all be dead by now from the laughter of talking funny.

It alarms me that no one thinks there are horrible places to live in the Universe and say such nonsensical things as God would not create hell. Hell was created for Christians so they would no longer have to endure bullies and people who don’t love Jesus.  It is a place where life respects the authority over it and that authority is Jesus.  Here not so much but we are trying.

Made with 18 positions I’m in the transportation industry and I drive an 18 wheeler seeing cargo gets from A to B safely. This is the Truck Drivers Psalm it contains a horn, buckle, and deliverer.

Psalms 18:2  The LORD is my rock, and my fortress, and my deliverer; my God, my strength, in whom I will trust; my buckler, and the horn of my salvation, and my high tower.

What does Carl Satan’s say?

Using 24 Positions Carl denied this but I do not!

Envy has no place in this hour unless of course damning souls is your quest.

Permanent link to this article: https://thedivineplan.org/getting-the-message-part-6-the-moons-of-jupiter/