We are celebrating our 243rd year of independence,  if we were looking at the new world like it was the new testament we would be in Revelation Chapter 6. Our independence from the monarchy rule gave us great freedoms to govern ourselves.

I prefer the old world order of America compared to the New World Order and here is why.

We had no King to rule over us but King Jesus and we prospered  though denominationally we were divided we all had the King James Version of the Bible a book that was begun by King James in 1604 and published under King James the First in 1611 by the Church of England where all those cool crop circles have been made.

America had freedom of worship and that many of us did honor the commandments of God and kept a day of worship and we READ our Bibles.  We had more lights shining on the word of truth and Jesus more than any other nation in history.

Had the gunpowder plot of 1605 had been successful King James and many members of parliament would have died and the Bible would not have reached us had Catholicism reseized England.

It worked for the growth of our churches for four hundred years and in the hands of the right people, it could work the same for another four hundred years of setting captives free. Confusion is not of God and as I know many of the great Bible teachers of our day use another translation they should not snicker at the works of King James for without him there would be none of them,  none of us.

The words he hid in yours that remain in the King James are clues to what he does not want you to see and I want to exploit them.

When independence came a secret plot was devised where England and America would catch the evil in a trap the ones responsible for playing us against each other because they believe they are better than everybody else and that the world should bow to them and force your will to align with theirs. America would be for the people and by the people. 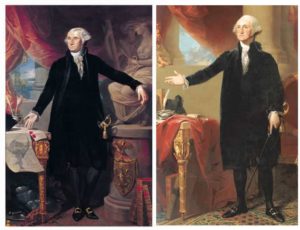 In 2008 the trap was sprung and one party bought out the other because someone is well aware of how close we are to the return of Jesus and he needs a peace plan to get his temple built.

I believe that the bloodshed of all the soldiers who lie in Arlington Cemetary and abroad who fought to protect our freedoms is worth more than 700 billion dollars.

When protestants are forced underground what hope will the world have? They will be,  just as they have been in China if we do not see what God wants us to do.

Come out of her my people is by the request of the LORD her sins and the deaths of all those souls in the towers was a result of her interference in the affairs of a nation that did not belong to her. Her money bought our elections.

If we cannot rise above the toes of the Pope we cannot crush the head of the serpent and set her captives free we cannot take America back for Jesus. We do this we will make the world stand up and take notice of the greatness of the God of Israel.

Stand with her here,  you will stand with her in judgment on that day,   as a people who only loved HIM with their lips and that is not good enough.

Who is the Antichrist but the one who denies Christ, who doesn’t want the word of God given to the world or money coming into the church to feed the hungry,  clothe the poor,  and give shelter to homeless people,  if this is all done in the name of Jesus who gets the glory?

Revelation 17:12-17
(12)  And the ten horns which thou sawest are ten kings, which have received no kingdom as yet; but receive power as kings one hour with the beast.
(13)  These have one mind, and shall give their power and strength unto the beast.
(14)  These shall make war with the Lamb, and the Lamb shall overcome them: for he is Lord of lords, and King of kings: and they that are with him are called, and chosen, and faithful.
(15)  And he saith unto me, The waters which thou sawest, where the whore sitteth, are peoples, and multitudes, and nations, and tongues.

(16)  And the ten horns which thou sawest upon the beast, these shall hate the whore, and shall make her desolate and naked, and shall eat her flesh, and burn her with fire.
(17)  For God hath put in their hearts to fulfill his will, and to agree, and give their kingdom unto the beast, until the words of God shall be fulfilled.

I am not the Antichrist 555 only points to 666 I am for sure the Anti-Cookie Christ!

Do you know what a Proxy is? In the case of Christ and completing HIS half of the seven years of harvest having only used 3.5 to plant the seeds of the harvest. The Proxy is like a covering Cherub he protects the word. The wisest man who ever lived on the face of the earth was Jesus himself HE tells us so. I have the mind of Christ and it is not by my own power I destroy WONDERFULLY the mighty and holy men. That was the first dark sentence after the sentence that said the dark sentence Daniel 8:23-24. Are they good or bad men? Wonderfully is the qualifier.   So how will I be doing all this?  With a little help from HIS friends who actually love HIM and want to win the lost.

Permanent link to this article: https://thedivineplan.org/happy-independence-day-america-god-will-revive-us-again/