WJWD What Jesus Wouldn’t Do.

I Love a Good Song

Psalms 92:1-15 KJV
(1)  A Psalm or Song for the sabbath day. It is a good thing to give thanks unto the LORD, and to sing praises unto thy name, O most High:
(2)  To shew forth thy lovingkindness in the morning, and thy faithfulness every night,
(3)  Upon an instrument of ten strings, and upon the psaltery; upon the harp with a solemn sound.

There is no harm in doing it, acapella. Joyful music is good for the soul.
God loves great praise music, love what he loves, and hate what he hates goes a long way.
FYI The angels don’t all play harps.

(4)  For thou, LORD, hast made me glad through thy work: I will triumph in the works of thy hands. 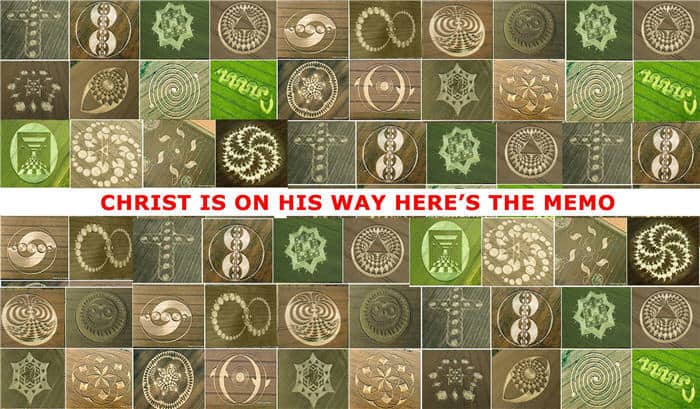 (5)  O LORD, how great are thy works! And thy thoughts are very deep.
(6)  A brutish man knoweth not; neither doth a fool understand this.
(7)  When the wicked spring as the grass, and when all the workers of iniquity do flourish; it is that they shall be destroyed for ever:
(8)  But thou, LORD, art most high for evermore.
(9)  For, lo, thine enemies, O LORD, for, lo, thine enemies shall perish; all the workers of iniquity shall be scattered.
(10)  But my horn shalt thou exalt like the horn of an unicorn: I shall be anointed with fresh oil.

There are Unicorns in heaven; the writer was caught up by the spirit when writing this. If they were ever on the earth, man’s baser instinct would be to kill or be killed.
To have one as a pet would be to poke your eye out.

(11)  Mine eye also shall see my desire on mine enemies, and mine ears shall hear my desire of the wicked that rise up against me.
(12)  The righteous shall flourish like the palm tree: he shall grow like a cedar in Lebanon.
(13)  Those that be planted in the house of the LORD shall flourish in the courts of our God.
(14)  They shall still bring forth fruit in old age; they shall be fat and flourishing;

I relate to the fat and flourishing thank God for men like Winston Churchill imagine had he been HOLY SPIRIT filled?
The man had a keen mind and a love for his people.
His best zinger was to Bessie Braddock who said to Churchill “Winston, your drunk!” Churchill replied: “Bessie, you are ugly, and tomorrow morning I shall be sober”
Others claim it was Nancy Astor who said it no matter who said it,  it’s out there and it is sadly very funny. God does not look on the outward appearance but on the inner parts of the heart. Churchill and other allies helped us win the war we need another Churchill in England to save America.

(15)  To shew that the LORD is upright: he is my rock, and there is no unrighteousness in him.

Listen to the clanging symbols and resounding gongs. To these belong the kingdom of heaven.

2 Corinthians 6:14 KJV
(14)  Be ye not unequally yoked together with unbelievers: for what fellowship hath righteousness with unrighteousness? and what communion hath light with darkness?

We need to fish on the other side of the boat for the greater catch.

The wolves are in charge of the hen houses, and the world needs to know they are wolves. What is sad is who placed them there and coddled their deception?

The beast was covered with precious stones as well and gave up the lamps he once carried but now wants his precious back, there are rules.

The antichrists would love to have me bow to the image of the beast with all his political prowess. Though shall worship God and Him alone.

The Earth was not his to give to anyone he lied to Jesus he lied to us all.

Come out of HER is a command, not a suggestion or stay for the gallows she built.  How do you love them now?

Irvin Berlin, a Jewish man, wrote this, a thank you again is in order first for our savior and second for the Bible a fount of truth.

Stand beside her and guide her

Through the night with the light from above

Stand beside her and guide her

Through the night with the light from above

How do the traitors suppose they will win Israel in the last days with Jesus at the door using their idolatry?

Whose really stomping feet and slamming doors,  the spirit of God?

Do you recall the plague before the Exodus? It was the firstborn male child of the Pharaohs whose heart was hard towards the will of God? There comes a point in a persons life in order to change their heart is to touch it directly,  if you want to put your heart outside of your chest you have children or a child of your own who may call you father because you are one based on the proof of the physical act. Safe to say that is one of the reasons clerics of ROME and their deceived women do not have children ,  he learned from the weak link in the second Pharoah. The Pharoah in Abram’s day was well aware God had plans for both Sarai and Abram as he was able to read the signs.

One Smart Pharaoh vs One Not So Smart

1 Timothy 2:13-15 KJV
(13)  For Adam was first formed, then Eve.
(14)  And Adam was not deceived, but the woman being deceived was in the transgression.
(15)  Notwithstanding she shall be saved in childbearing, if they continue in faith and charity and holiness with sobriety.

A mother’s heart is her children, she encourages them in the ways of the LORD and in doing so draws closer to Christ. The truth they pray for us more and tend to us without them we could not be. Without mothers where would we be? Those who hate God do not love their mothers either.  She may have been deceived in the garden but it was going to happen eventually, the fault may lie with Adam passing on the information because God makes emphasis about who HE told not to eat of the tree.

Genesis 3:17 KJV
(17)  And unto Adam he said, Because thou hast hearkened unto the voice of thy wife, and hast eaten of the tree, of which I commanded thee, saying, Thou shalt not eat of it: cursed is the ground for thy sake; in sorrow shalt thou eat of it all the days of thy life;

Genesis 3:16 KJV
(16)  Unto the woman he said, I will greatly multiply thy sorrow and thy conception; in sorrow thou shalt bring forth children; and thy desire shall be to thy husband, and he shall rule over thee.

When Eve gives birth to Cain she is beside herself and makes mention she has gotten a man (Genesis 4:1) this tells me she kept having girls before Cain before the fall she was also conceiving but we know nothing very little before the fall, however, it is scattered throughout scripture the angelic rebellion, the workings of the kingdom in Job 1:6-8 etc. etc. We know God increased the birthing pains and cursed the whole earth even their first offspring for all our sakes.

Why can’t this be simple compassionate merciful why the provocation of anger? Because that’s what the angels in heaven did to the first bringer of light.

So he uses his ministers of righteousness to provoke me. So what does anger do? It keeps us from hearing the voice of God or rationally thinking things through.

“The Lord of the Rings” was stolen from Norse mythology and Oden is not God nice try though.

If you want the precious honor the word of God.

How about by letting the world know the kingdoms of the earth never belonged to you to give to Jesus.

Daniel 4:17 KJV
(17)  This matter is by the decree of the watchers, and the demand by the word of the holy ones: to the intent that the living may know that the most High ruleth in the kingdom of men, and giveth it to whomsoever he will, and setteth up over it the basest of men.

A person at my place of employment asked why can’t there be as Greek “Mythology” teaches other gods on other planets ruling as gods, (they just never give up)? I referred him to the planet Jupiter with its 79 moons the turmoil is never-ending the storm or the red-eye has been happening from its creation. It was Galileo who first laid eyes on the first four visible moons he was called a heretic because he made the claim the earth revolved around the SUN and not the other way around. Safe to say they were the first flat earthers. He was forced to recant his findings that is where the science community and the church split.  In the return Arecibo message found in Protestant England, we highlight that planet and allow for the four moons,  but we know today there are 79 moons, too many moons to many problems. The angels have surrounded earth as seen in NASA videos lets look at Psalm 79:4. You must surrender to the will of God in Christ to be taken with us to heaven.

Free will must never do this again and you do not stop having it, Christ came to help us overcome the curse of the law, not do away with the law. His Spirit helps us keep the laws. There are those who have a form of godliness but deny its power, as they repeat the same sins over and over.

Jesus ended the priesthood at the cross HIS work completed the only one who denies that is Satan and so he reinstates the priesthood 300 years later.  The priestcraft is more similar to witchcraft than it is to true Christianity. If God brings back the thing HE destroyed that would make HIM a transgressor.

With ROME we cannot take their children from them to change their hearts and worship the Rock that is my ROCK but we can do it to those who support them. We need to be fishing from the other side of the boat and denouncing them as all apostates.

We will never agree to disagree again.

Jesus wants to bring in HIS Jewish brethren HE made a promise HE cannot break He will never forsake Israel.

Tell me how are the Christians with idols going to do that?

These are traitors to Christ and will not partake in the rapture.

Father placed a curse on the earth before man came here and HE swears HE will not turn from it, so it is up to us to break it.

Who knew before Abraham was that Egypt was the center of the earth’s landmass who placed a huge monumental compass in that spot? Let’s not forget that odd-looking LION with a man’s face on it.

Permanent link to this article: https://thedivineplan.org/i-love-a-good-song/