Should I Go or Should I Stay That is the Question?

Darby who only looks like Rufus Sewell has been credited with originating the pre-tribulation  rapture theory wherein Christ will suddenly remove His bride, the Church, from this world to its heavenly destiny before the judgments of the tribulation.

Thus the prophetic program resumes with Israel’s earthly destiny. Dispensationalist beliefs about the fate of the Jews and the re-establishment of the Kingdom of Israel put dispensationalists at the forefront of  Christian Zionism.

Because “God is able to graft them in again,  and they believe that in His grace, he will do so according to their understanding of Old Testament prophecy. They believe that, while the ways of God may change, His purposes to bless Israel will never be forgotten Psalm 137:5. Just as He has shown unmerited favor to the Church, He will do so to a remnant of Israel to fulfill all the promises made to the genetic seed of Abraham. In 1829 he predicted the rebirth of a nation Israel over 100 years before it happened, just by reading the Bible. ~Wiki

I stumbled upon Darby while researching Dave Hunt’s roots and where he got his smarts.   Dave had his roots in the Plymouth Brethren or Assemblies of brethren who are a conservative, low church, non-conformist, evangelical Christian movement whose history can be traced to Dublin, Ireland in the late 1820s, originating from Anglicanism. The group emphasizes sola scriptura, the belief that the Bible is the supreme authority for church doctrine and practice, over and above any other source of authority. Plymouth Brethren generally see themselves as a network of like-minded free churches, not as a Christian denomination.

The first meeting in England was held in December 1831 in Plymouth. It was organized primarily by George Wigram, Benjamin Wills Newton, and John Nelson Darby. The movement soon spread throughout the United Kingdom, and the assembly in Plymouth had more than 1,000 people in fellowship in 1845. They became known as “the brethren from Plymouth” and were soon simply called “Plymouth Brethren.” The term “Darbyites” is also used, especially when describing the Exclusive branch, which has a more pronounced influence from Darby. Many within the movement refuse to accept any name other than “Christian.” ~ Wiki

You can usually tell whether the fruit of the tree is good or evil based upon the roots it derived from.   A corrupt root carries with it corruption.

As we are all considered by God, who receives Christ as a Royal Priesthood  Holy Nation, I like structured ordered churches that recognize the Bible as the final authority. Though in my last post, I promoted the material of Dave Hunt, I consider the Bible my best resource in getting to know God.

In fact, in the conclusion of the book of Enoch, he mentions the overwhelming books written that carry people in many directions in the last days. God does not favor any other book more than  HIS own though commentaries and expositions are excellent in helping us discern the will of God; we can be assured of why he came first and who he came for.  HE extends his grace to the gentiles and rescues them until the time of the gentiles has ended; it is as simple as understanding the story of Joseph.

Darby missed it and the answer lies in Egypt as the  Hebrews are brought into the Kingdom before the Exodus.

Joseph is an Archetype of Christ and Egypt being the known world with its great bounty seven years of great harvest before the seven years of tribulation the  Jews are brought into the kingdom in the tribulation years after the Egyptians are saved who represent the gentiles. It is Benjamin that unlocks the mystery to who this ruler is in Egypt. It is their brother whom they cannot tell because of the costume he is wearing. There is makeup on his eyes, and his hair done in the Egyptian style so they cannot recognize him. Don’t ever judge a book by its cover plays well here. God does not look at the outward appearance but in the heart of the person.

I have placed  John Darby’s picture beside a famous actor of today Rufus Sewell who portrayed a Nazi leader in a world where America lost the war, and they took over America splitting the country with their ally Japan. Nazism is where America is headed today because of the Church that is involved in making it happen.  I do not think   America can any longer win the Jewish people with us headed in this direction.  You would think those who have the HOLY SPIRIT would recognize this. Surely you see God removing his blessing from our Nation because of the church’s support of the Roaman agenda??? 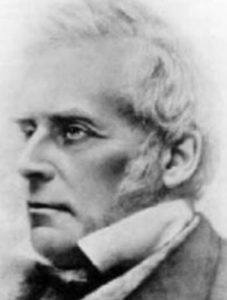 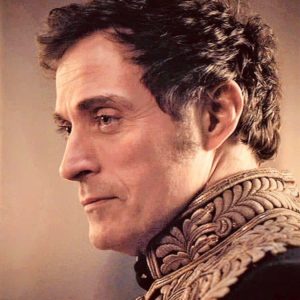 4+29+18+82+81 As always subtracting the Psalms and the books headed to the heart of the Bible, the four gospels we stop at  Isaiah 13 looking at tribulation.

You do not want to be here for this!

Who is the mystery  Babylon?

(2)  Lift ye up a banner upon the high mountain, exalt the voice unto them, shake the hand, that they may go into the gates of the nobles.
(3)  I have commanded my sanctified ones, I have also called my mighty ones for mine anger, even them that rejoice in my highness.

(4)  The noise of a multitude in the mountains, like as of a great people; a tumultuous noise of the kingdoms of nations gathered together: the LORD of hosts mustereth the host of the battle.
(5)  They come from a far country, from the end of heaven, even the LORD, and the weapons of his indignation, to destroy the whole land.

Now America has fallen because of the failed attempt of Ecumenicalism, the brainchild of Roman Catholicism, which was the Trojan Horse for them to open trade with China and have her enemies call us the great Satan.

By a people who would have never been a threat had they been given the word of God instead of a bullshit Priesthood in the 4th and 5th centuries. That Pentecostal’s even seem to swallow it today, the rest of the world is clueless and therefore left behind, and the AG  church is looking more like the harlot’s handmaid every day.

(6)  Howl ye; for the day of the LORD is at hand; it shall come as a destruction from the Almighty.
(7)  Therefore shall all hands be faint, and every man’s heart shall melt:
(8)  And they shall be afraid: pangs and sorrows shall take hold of them; they shall be in pain as a woman that travaileth: they shall be amazed one at another; their faces shall be as flames.
(9)  Behold, the day of the LORD cometh, cruel both with wrath and fierce anger, to lay the land desolate: and he shall destroy the sinners thereof out of it.
(10)  For the stars of heaven and the constellations thereof shall not give their light: the sun shall be darkened in his going forth, and the moon shall not cause her light to shine.
(11)  And I will punish the world for their evil, and the wicked for their iniquity; and I will cause the arrogancy of the proud to cease, and will lay low the haughtiness of the terrible.

(12)  I will make a man more precious than fine gold; even a man than the golden wedge of Ophir.

(13)  Therefore I will shake the heavens, and the earth shall remove out of her place, in the wrath of the LORD of hosts, and in the day of his fierce anger.
(14)  And it shall be as the chased roe, and as a sheep that no man taketh up: they shall every man turn to his own people, and flee every one into his own land.
(15)  Every one that is found shall be thrust through; and every one that is joined unto them shall fall by the sword.
(16)  Their children also shall be dashed to pieces before their eyes; their houses shall be spoiled, and their wives ravished.
(17)  Behold, I will stir up the Medes against them, which shall not regard silver; and as for gold, they shall not delight in it.
(18)  Their bows also shall dash the young men to pieces; and they shall have no pity on the fruit of the womb; their eye shall not spare children.

(19)  And Babylon, the glory of kingdoms, the beauty of the Chaldees’ excellency, shall be as when God overthrew Sodom and Gomorrah.
(20)  It shall never be inhabited, neither shall it be dwelt in from generation to generation: neither shall the Arabian pitch tent there; neither shall the shepherds make their fold there.
(21)  But wild beasts of the desert shall lie there; and their houses shall be full of doleful creatures; and owls shall dwell there, and satyrs shall dance there.
(22)  And the wild beasts of the islands shall cry in their desolate houses, and dragons in their pleasant palaces: and her time is near to come, and her days shall not be prolonged.

There is still time to bring souls to the foot of the cross, the devil knew I  had something to do with the harvest so he littered New England with his ministers of righteousness with superpowers,  only discernment was not among them.

Permanent link to this article: https://thedivineplan.org/john-nelson-darby-made-the-appointed-times-list/