He paid a debt He did not owe, I owed a debt I could not pay.

You cannot fathom the stress one can go under feeling responsible for getting all of your loved one’s family and friends who have not heard the gospel to the cross in time for resurrection.  With everyone wanting you to be somebody other than what you are “The Family”  Douglas Coe built, is the Family I needed.

What I got was a man when I tried to talk about the plans of God while handing him the image of the crown of thorns, built by Satan to lift up Jesus and share the word with the world  he treated me with the arrogance of contempt and looked at his cell phone,  he was not interested in hearing from me.  It was his human psychology hard at work.

Look closely into the center a spiritual David is there. 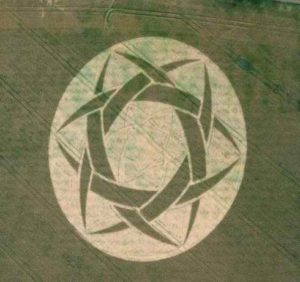 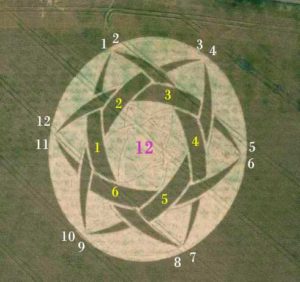 My stepmother told me this would happen no one would ever love me, trust me, people, I was a distraction on many counts as the devil honed in on me as my caretaker as a child because God without my knowing told him I would be the one who knew who the antichrist was going to be first and that is how God spared my life on two occasions growing up. The devil has no mercy there, and he never let up through my stepmother,  not until I found Christ in 1982 at the age of 23. Maybe the pastor thought if he resisted me I would go away seems it backfired I’m not the one leaving.

I liked the idea of Mr. Coe passing out books that contained just the four gospels the teachings of Christ with the acts of the Apostles his message to all who met him was Christ only to men in his organization senators and congressman who would need support from God in their callings. If all the world ever does is study the teachings of Christ and receive him as their savior,  are the other books that much more important?

These leaders were not going to find what God wanted me to see hidden in Egypt with just the five books of the Bible the Christian Pentateuch,  they would also need to know the first five old testament books and Jeremiah as well and the Psalms never killed anyone.

The following image I have shared on many occasions called the party boat which is a starship from the heavens with angels leaning over the sides using what appears to be a mackerel jig to inform me that the big fish need to be caught to get the little ones to follow. I thought it was my responsibility; I was unaware they were doing it. 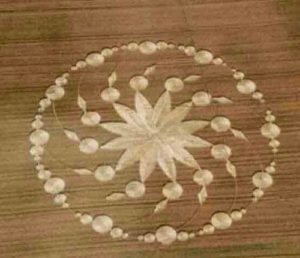 Starship angels hanging over the side to catch the souls of men. Catch the big ones the small ones will follow.

Mr. Douglass Coe was out there doing it. The enemy has been keeping me busy with his ministers of righteousness and making it easier for the others to receive Christ. This is the advantage of him not being omnipresent.

Psalms 96:1-13 KJV
(1)  O sing unto the LORD a new song: sing unto the LORD, all the earth.
(2)  Sing unto the LORD, bless his name; shew forth his salvation from day to day.
(3)  Declare his glory among the heathen, his wonders among all people.
(4)  For the LORD is great, and greatly to be praised: he is to be feared above all gods.
(5)  For all the gods of the nations are idols: but the LORD made the heavens.
(6)  Honour and majesty are before him: strength and beauty are in his sanctuary.
(7)  Give unto the LORD, O ye kindreds of the people, give unto the LORD glory and strength.
(8)  Give unto the LORD the glory due unto his name: bring an offering, and come into his courts.
(9)  O worship the LORD in the beauty of holiness: fear before him, all the earth.
(10)  Say among the heathen that the LORD reigneth: the world also shall be established that it shall not be moved: he shall judge the people righteously.
(11)  Let the heavens rejoice, and let the earth be glad; let the sea roar, and the fulness thereof.
(12)  Let the field be joyful, and all that is therein: then shall all the trees of the wood rejoice
(13)  Before the LORD: for he cometh, for he cometh to judge the earth: he shall judge the world with righteousness, and the people with his truth.

Talk about the stress I had men of “God” ecumenical keeping me from speaking on their microphones while others would stand up and say I have no problem with the Catholics well you’re going to when you are left behind with them refusing to honor the truth.  God is blaming them, calling them the woman who rides the beast.  This is the world they built by hiding the word from others Penatcostals love Catholics but not the way Jesus does.  Which is why I think they are blind as to the hour, something about her ability to hypnotize her victims, transforming them into her ministers.

What amazes me why did not the devil see what we were doing? He was feeling much too confident about his ministers of righteousness. He was able to work through keeping an eye on me.

Permanent link to this article: https://thedivineplan.org/more-christ-only-evangelism-thanks-to-mr-coe/