The Power of Suggestion

Who is man that God is mindful of him? ~ Merry Christmas

It is a crime here to get in the way of finding the truth in a legal investigation hiding the truth is not something one should do if it can help save another life from the person needed apprehending.

Some people are innately not good they possess no conscience they stopped listening to that built-in little voice that makes them a better person,  are we starting to see that history has been forgotten? I would think the older generation could have remembered in order to tell this generation what Nazi-like behavior is this kind of system is not the justice of heaven it is the devil’s tool to bring order from Chaos.

I’ve noticed an upturn in Nazi-like behavior from the upcoming mask police and distance watchers in the form of we care?

200 million-plus Christians watched the Saddleback debates as they lost America’s White House to the man that left many with a million questions about his birth certificate and his national origin they named his car the beast and nicknamed him the lawless one with the code name “Renegade”  who opened the healthcare door for Mary Queen of death and her agenda.  Rick Warren was a leader in the Christian community and he was unaware of what was going on?

Pretty sure not long after Barack Obama took office, Mr. Warren came out with the phrase Catholics are Christians too??? Which opposes everything I know about Christianity. We can’t get fooled again? Want to bet?

I thought a false Messiah to the nation of Islam was the transgressors coming to full, next election proved we had no control completely over whom we voted for.  All those leaders in the Christian community sought to place a man whose religion taught he would become a god one day and rule his own planet. The pledge of Allegiance and civic pride would have taken an upswing as many claimed one Nation Under God just to have Satan laugh in God’s face.

God will not be mocked so why do Christians help HIS enemy to mock HIM?

When you keep voting for the lesser of two evils eventually you end up with pure evil.

Eleven years later I am hearing a person claiming to be a Bible teacher in the AG church telling the congregation we need to pray and get another Catholic on the Supreme court. You do know they built gallows for themselves and for traitors like this teacher as well. People who have not been able to discern what is good or evil cannot possibly be walking with Christ or even know HIM?

When Jesus spoke to me at a Christmas family gathering in 2008 HE said he was shutting it down because they learn nothing.

I can’t even resonate with them with just the lifting of Jesus or the word alone, because I am so unloving towards the Catholics.

I’m a clanging cymbal a resounding gong. I see how the minions of darkness are working through the ministers of righteousness to open the door for me but I want Jesus to do it,  I want it with a pure motive because I believe my motives are as pure.

I do not wish to see anyone get left behind or wind up in hell,  I refuse to drink the Catholic Koolaid.

America was founded by Protestants to escape religious persecution from Catholics who were encroaching on England where can we go from here? So many gifts and so little discernment.

Men who break contracts and treaties are men who cannot be trusted they are liars deceiving others while deceiving themselves that it is for the greater good.

Shall we sin then so that grace may abound?

Romans 6:1-23 KJV
(1)  What shall we say then? Shall we continue in sin, that grace may abound?
(2)  God forbid. How shall we, that are dead to sin, live any longer therein?
(3)  Know ye not, that so many of us as were baptized into Jesus Christ were baptized into his death?
(4)  Therefore we are buried with him by baptism into death: that like as Christ was raised up from the dead by the glory of the Father, even so we also should walk in newness of life.
(5)  For if we have been planted together in the likeness of his death, we shall be also in the likeness of his resurrection:
(6)  Knowing this, that our old man is crucified with him, that the body of sin might be destroyed, that henceforth we should not serve sin.
(7)  For he that is dead is freed from sin.
(8)  Now if we be dead with Christ, we believe that we shall also live with him:
(9)  Knowing that Christ being raised from the dead dieth no more; death hath no more dominion over him.
(10)  For in that he died, he died unto sin once: but in that he liveth, he liveth unto God.
(11)  Likewise reckon ye also yourselves to be dead indeed unto sin, but alive unto God through Jesus Christ our Lord.
(12)  Let not sin therefore reign in your mortal body, that ye should obey it in the lusts thereof.
(13)  Neither yield ye your members as instruments of unrighteousness unto sin: but yield yourselves unto God, as those that are alive from the dead, and your members as instruments of righteousness unto God.
(14)  For sin shall not have dominion over you: for ye are not under the law, but under grace.
(15)  What then? shall we sin, because we are not under the law, but under grace? God forbid.
(16)  Know ye not, that to whom ye yield yourselves servants to obey, his servants ye are to whom ye obey; whether of sin unto death, or of obedience unto righteousness?

(17)  But God be thanked, that ye were the servants of sin, but ye have obeyed from the heart that form of doctrine which was delivered you.
(18)  Being then made free from sin, ye became the servants of righteousness.
(19)  I speak after the manner of men because of the infirmity of your flesh: for as ye have yielded your members servants to uncleanness and to iniquity unto iniquity; even so now yield your members servants to righteousness unto holiness.
(20)  For when ye were the servants of sin, ye were free from righteousness.
(21)  What fruit had ye then in those things whereof ye are now ashamed? for the end of those things is death.
(22)  But now being made free from sin, and become servants to God, ye have your fruit unto holiness, and the end everlasting life.
(23)  For the wages of sin is death; but the gift of God is eternal life through Jesus Christ our Lord.

We broke so many treaties with the Indians, I thank God HE does not break HIS promises. It is also a good thing the CIA has a charter not to operate on America’s shores I am pretty sure they began as a protector of Mother Church they show up after seeing the power we had when defeating Japan who four hundred years earlier were kept from finding Jesus by the Jesuits.

ROME loves to kill people and if they knew the word of God what good would that be for them?

Watch the movie “Silence” to see what had happened,  these poor Japanese souls had to wait for a priest to take communion and Bible study was not ever allowed.

Had true Christianity made it to their shores with Bible study China would not have suffered in WWII by their hand. So don’t feel too guilty about your attraction to ROME the whole nation of China has bought into their lie and have made re-education camps for Islamists which makes ROME very happy and they will be happier when they bring them here to American’s as well to educate us in respecting the mocking priesthood.

Good thing today they are for pro-life?

Jesus said Satan was a liar and the father of them who lie, who would want a career that lying is what they do and they do it with such perfection??? Satan came to steal kill and destroy and fighting the dragon alone is not what Father had in mind for me.

Wrap the lines around the globe and it falls on ROME those who side with them are not coming HOME.

Stay with the world you support with them,  it is a clear indicator of how you want heaven to be.

I’m not the one who does not love Catholics I love them enough to tell them they are not Christians or doing the will of Heaven’s HOLY Father and there is only one of them.

On earth, as it is in heaven and this is not it.

It’s time to get the Jewish people to the foot of the cross they still remember what Nazism was all about and clearly, it is a call for the Protestants to respond.  True Christians are needed by the White House and the United Nations Jesus is coming and we need to get the peace plan in place.

Raise your hands if you think uncle Joe won the election without chicanery? It will help us see who needs the HOLY SPIRIT. Is the world God’s or Satan’s? Determining this is to determine who God is in your life and HE gives the world to whom HE wills.

“Thank you oh my Father for giving us your SON and leaving your Spirit here until the work on earth is done.”  ~ Keith Green

Unfortunately, Neo all great kingdoms have to have rules and in God’s Kingdom, the only rule was before the making of man was to come and worship the SON in faith. There are boundaries as well each has a mansion and my mansion is opened to you as long as you speak well of the SON and honor HIS words. 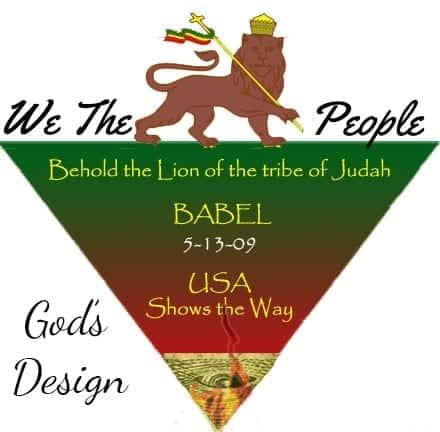 Permanent link to this article: https://thedivineplan.org/obstructing-heavens-justice-has-eternal-consequences/