Open Your Eyes at WHO is destroying the world and keeping us from Fellowship.

The Ecumenical clan and the World Health Organization, that’s WHO.

Any wonder why it was vital for them to have Obama in the  Whitehouse to the tune of 700 Billin dollars?  If they could not get peace in the middle east with their false Imam like Messiah to the Muslim people, they would have the health care system to manipulate the masses. Under National Socialism, no one at the lower levels is necessary.

Here let us give you this flu shot. ?? 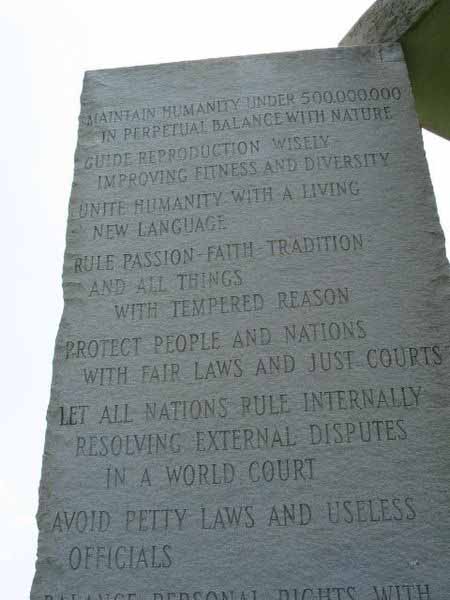 Obama is proof that they lied to the descendants of Ishmael why manufacture a Messiah, which is an abomination to the LORD  HIMSELF  if the interpretation of the Prophet Muhammed was right and true?  An interpretation which, by the way, was done by a Roman Catholic father in law of his first wife. Part of Rome’s assimilate and absorb other religious mentalities in order to conquer them.

How about reading your Bible and sharing Jesus give that a try.

The fact is that the Ancient Romans were smart when it came to conquering. In their pagan days, they would absorb gods and goddesses from every religion they encountered into their pantheon; when the Roman Empire became Christian, the Roman Catholic Church continued to do the same thing. A Christian should know better and be more discerning. It makes for a good shepherd.

Like the film “Soylent Green,” our elderly are at a higher risk with them in power. They are at the bottom of the pyramid when the wrong people are on the top.

So why am I the bad guy for wanting to open the word to the world, is it because I don’t fit your  ROMISH  desires?  There were a lot of people in the Third Reich that claimed “Christianity” as well.   God looks into the heart of man. I sure hope you are not jealous of the call because  I was told by a Pentacostal minister I was going to spend eternity in hell. But he was never jealous at any time. 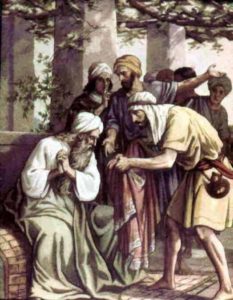 Look, your Son is dead to us. We reject your covering.

We are here because heavenly hosts were jealous over the coat of many colors, and instead of being good brothers and friends to him, they turned him against his father and said your SON is dead to us.

Good thing  Benjamin was born, or  Jacob would have had nothing to remember the love of his life. It was Benjamin who went to Egypt and discovered the plan as his brother Joseph used him to bring glory to God and good news to Jacob. Joseph is alive! A picture of the work of Christ Jesus is alive!

Benjamin was the cupbearer, and in theology, we all know what comes out of the cup.

I am reminding God of HIS promise to Israel about HIS first  LOVE like Benjamin did for Jacob over Rachel.

Paul began as Saul and was from the tribe of Benjamin, which has two names and has two purposes.   Isn’t God good?

I have two names the latter means “beautiful” place and was divinely given to me, and the other was Eric Lewandoski, like Eric the Great, born with blue hazel colored eyes and blonde hair,  I am part of the Master’s race.

I am here to tell them to stop being stupid! It was ROME who killed  HIM, and they didn’t do a very good job. Because we find him walking around asking a couple of guys about what happened in Jerusalem? Tell me more …Didn’t you read where the Son of man would have to suffer at the hands of men? Why did it please the LORD to bruise  HIM? Because it showed the lost how much  God loves them and what is needed to get back into heaven. 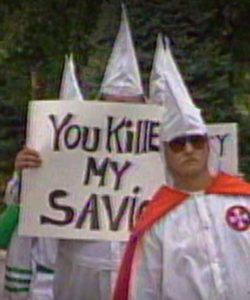 Isaiah 53:5-12 KJV
(5)  But he was wounded for our transgressions, he was bruised for our iniquities: the chastisement of our peace was upon him; and with his stripes we are healed.
(6)  All we like sheep have gone astray; we have turned every one to his own way; and the LORD hath laid on him the iniquity of us all.
(7)  He was oppressed, and he was afflicted, yet he opened not his mouth: he is brought as a lamb to the slaughter, and as a sheep, before her shearers is dumb, so he openeth not his mouth.
(8)  He was taken from prison and from judgment: and who shall declare his generation? For he was cut off out of the land of the living: for the transgression of my people was he stricken.
(9)  And he made his grave with the wicked, and with the rich in his death; because he had done no violence, neither was any deceit in his mouth.
(10)  Yet it pleased the LORD to bruise him; he hath put him to grief: when thou shalt make his soul an offering for sin, he shall see his seed, he shall prolong his days, and the pleasure of the LORD shall prosper in his hand.
(11)  He shall see of the travail of his soul, and shall be satisfied: by his knowledge shall my righteous servant justify many; for he shall bear their iniquities.
(12)  Therefore will I divide him a portion with the great, and he shall divide the spoil with the strong; because he hath poured out his soul unto death: and he was numbered with the transgressors; and he bare the sin of many, and made intercession for the transgressors.

So CIA guy, what’s more, important serving a system that is evil and going to be damned in the lake of fire or joining the true Protestant Church to honor God who doesn’t come in any cookie flavors? Amazing how you even protect drug cartels and profit from them, you need to clean house Jesus is coming.

I’m doing you a big one here as a covering pointing to a covering.

Jesus lives in me and wants us to fix it before he arrives outside the White horse of revelation.

Do you think you can kill HIM and get it right this time?

Permanent link to this article: https://thedivineplan.org/open-your-eyes-at-who-is-destroying-the-world-and-keeping-us-from-fellowship/