John Paul II was claimed to be the peoples Pope but I have been led to highlight the end of one’s life that God is the one who sets the time.

I did John Paul in The Appointed Time of Death I feel it would be better served as an individual post.

Not many know this but in Poland, he worked in the factory operated under the Nazi influence that provided the toxins that killed the Jewish people in the Holocaust.

God appoints a mans time of death and now I know why.

I am only doing the ones who robbed God of souls and glory.

It is God’s hope that we all make the resurrection into life and not be left behind with his judgment which will be the antichrist which is what the world wants a world without Christ or Christians.

Those who use his name in vain will not go unpunished. There is time to repent, Father and  I do miss the days of sackcloth and ashes a wrenched heart and a broken spirit he can draw near too.

God must do justice because we refuse too.

AND YOU MUST BE BORN AGAIN! 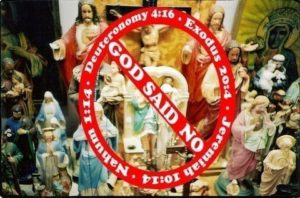 Babylon is no mystery anymore do you follow the flash and idols or do you seek after the true and living G-d? Did you sell out in your Ecumenical join the state and control the people mentality?

Permanent link to this article: https://thedivineplan.org/pope-john-paul-ii-the-final-word-is-gods/