Episode Twenty-Four 12 Birds in Flight We Will Fly Away

There is a Real Matrix and Agent Smith’s

Saul his thousands, David his tens of thousands. 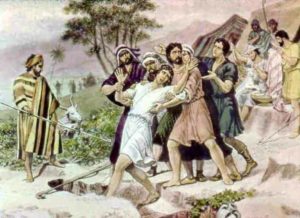 I was never jealous of someone else’s call,  in fact,  I pray for those who are called to the ministry and that I know their vision is from G-d.  I had an acquaintance before becoming a Christian who envied a man who was married to a very beautiful woman; I told him that he should not envy him but be happy for him. I said, “Your envy blinds you from seeing the beautiful woman G-d is trying to place in your life.”  That is true with anyone and anything. A true vision from G-d does not impede on an others vision from G-d,  they are to work as a unit to the common goal of bringing about repentance, reconciling the lost to G-d.  If a ministry rises within a ministry, then G-d has given you a child to nurture it should be a joy,  not a burden as is any child.  It makes you a covering over that ministry let it go out on its own when it is full grown, and you will not have to worry concerning it. The souls they win are placed onto your account as well. You robbed yourself of a reward in heaven by being a Nebuchadnezzar.

I knew of a Pastor who loved a young man very much; he referred to him as his Timothy sent from G-d.  I do not believe the apostle Paul would have had Timothy forever cleaning toilets or make him come back to the church on his wedding day to clean it up. If anyone should be left behind for the tribulation, it should be Pastors who are like Nebuchadnezzar who claim it is their ministry and they will decide what belongs and what doesn’t.  If it is intended to lift up the SON of G-d it cannot be stopped,  so rejoice that G-d is lifted.

I know of a man who should renew his vows in front of the world and do it with the glory going to Jesus if he could get over his disgust of what is coming and how we choose to do this.

Church splits happen because of spiritual immaturity. An individual comes into the church with a vision it is different than the ministry they placed themselves in.  If they know, it is from G-d keeping it to themselves rather than sharing it with the leadership will make for an awkward situation.  Demons and devils love these kinds of individuals they can isolate and feed them from among their peers.   That is how Jim Jones began and David Koresh the voices of the priesthood and their supporters are many, and they reside in our Protestant churches they almost encourage church division.  She is called the Mother of harlots for a reason.

2 Timothy 4:1-5
(1)  I charge thee therefore before God, and the Lord Jesus Christ, who shall judge the quick and the dead at his appearing and his kingdom;
(2)  Preach the word; be instant in season, out of season; reprove, rebuke, exhort with all longsuffering and doctrine.
(3)  For the time will come when they will not endure sound doctrine; but after their own lusts shall they heap to themselves teachers, having itching ears;
(4)  And they shall turn away their ears from the truth, and shall be turned unto fables.
(5)  But watch thou in all things, endure afflictions, do the work of an evangelist, make full proof of thy ministry.

Isaiah 43:7-11
(7)  Even every one that is called by my name: for I have created him for my glory, I have formed him; yea, I have made him.
(8)  Bring forth the blind people that have eyes, and the deaf that have ears.
(9)  Let all the nations be gathered together, and let the people be assembled: who among them can declare this, and shew us former things? let them bring forth their witnesses, that they may be justified: or let them hear, and say, It is truth.
(10)  Ye are my witnesses, saith the LORD, and my servant whom I have chosen: that ye may know and believe me, and understand that I am he: before me there was no God formed, neither shall there be after me.
(11)  I, even I, am the LORD; and beside me there is no saviour.

My vision is in the will of G-d to lift up HIS SON and provide the wealth of the world to unite the body of Christ together for the final harvest.  While we do, we can start getting the temple built as G-d promised we would.

It just seven years we have located men who will cause millions to be lost and left behind because of their jealousy and pride and love for this world.

The world war two death toll was estimated at  48, 231,700 that is a lot of souls and what number of them knew Christ?

When a man does two hundred circles that point to Bible passages, and it is because of what had been hidden in Egypt and found and offers the body of Christ billions of dollars, to lift up the Son for final harvest, and he gets.  Do you know who I am? From the pulpit or look at me,  look what I did.  There is a sinister darkness at work.

So what I found is insignificant??? Has no value? Mordecai must have been a mystery man to the people as Haman paraded him around saying look what this man did for the king.

Images and crop circles may not mean much to you, but to me, it is a word from my Father.  You can call all the confirmation you like in my life coincidences, that is not going to change the fact 144,000 of your children will still get left behind and most likely with a little less than they would have had seven years ago.

My company dropped its “express” portion of its name after being invested in by a Christian man.  The name and numbers may mean nothing to you, but they say a lot to me. I hear G-d works through men??? What about a Christian man?

The following map is where we have extended shipping routes and those blacked out we do not do.  We once did them all.  Regarding numbers, they are as follows.

These numbers are not just for the US it is Global numbers we just have a better census than most nations. My son is being left behind.  I will choose someone to spare him the torture in the tribulation should it come to that.   I desire none to get left behind, but when I began I heard things like when I see the fruit, I’ll participate. I don’t want those lamps. It’s a good thing all those  Catholic’s are in high positions within our government.   How can I trust those who are blind and claim they know Christ when they can’t see G-d has dressed HIS creature and trapped him here in America?  They behave as if they want him to get away. This is to encourage a need to unify and dignify the call. Spare the rod spoil the children.  The kingdoms of light and dark must divide a line must be drawn and not a wavy line.

Those who are tares among us reject the truth protecting the dragon under the guise of they are “Christians” too.  Christians are not anti-Semitic,  anti-bible or place stumbling stones in the path of HIS chosen people while calling light darkness and vice versa.  I am causing strife, and I know I am,  I need millions of on fire Preachers,  not Priests who do not know they offend G-d in their self-proclaimed offices. Those who protect them feel the most heat and hate me even more. I would rather leave no man behind. 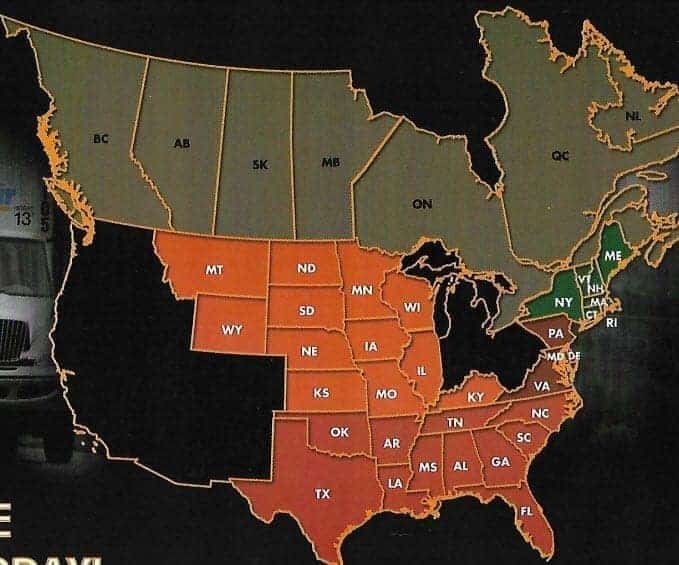 Money yesterday is worth more than money today.  Satan told me he was going to take it all from us, which he cannot take it all but jealousy has helped destroy much of it.  He still needs a peace plan and a temple built.

The wicked hate me because I reveal the return of Christ, G-d told his enemy he could have seven years after Jesus has his seven. Can I help it Jesus wrote his story in my life or that HE had me given a name meaning beautiful place,  or put me in the transportation industry? Did I plan on Alan Shepard coming from Derry New Hampshire or my initials being five in all or five’s following me everywhere?

Darkness is angry saying things like,  Do you know who I am? Like I am supposed to feel bad about who I am? That saying things like “look what I did or look at me.”  If G-d does not want anyone looking at what I did or am doing such as lifting up his word to the world along with HIS SON’s effigy HE should not have given it to me. Nope, the wicked reveal the truth of who they are while no one is looking at me.

My struggle has been how do I do this without attention being drawn to me? That it is all focused on Christ, then my life must read Christ in me. Still, I am not turning stones into bread or asking others to bow down and worship me.  If my heart was anything remotely like that would he set me up for this? If I chase millions of souls to the cross and HE sends me to hell, I’m going to be very disappointed.

Permanent link to this article: https://thedivineplan.org/saul-his-thousands-david-his-tens-of-thousands-2/