God places the end from the beginning prophecy predicts future events that to us have not happened as yet.  To God, they have already happened HE is not restricted to time and space. Our ideas of time travel tell us with small situation changes the timelines would change, we would become unaware of such changes. 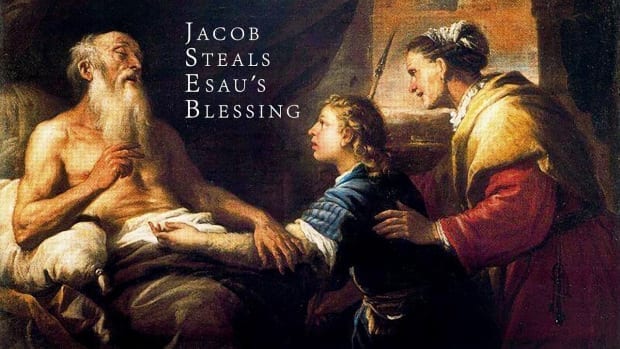 However, God does not do that, it is the heart he seeks the one that truly loves HIM.  One need not be perfect only to know the one who redeemed you and see his value to you. He asks us to be holy as HE is holy which means being complete needing nothing but HIM and embracing all HE desires to give you. It is not buying love it is rewarding you for your love.

Who when rescued from a burning building is not in gratitude to the one who saved them?  He set a course and HE is determined to complete it. Because of one tragic comment that was done in front of HIS Holy angels and Himself, the entire Earth was cursed and this was not the fall of Adam.  This was after the tossing of Lucifer out of heaven he became the adversary to God and all things good Lucifer begins building his New World Order and insisting it can be done without the need to worship the SON. The fall of Adam brings death to man,   Jesus called Lucifer a liar and a murderer from the beginning meaning flesh was involved in their fall. We have confirmation of this in Genesis 6:3.

The greatest illusion in life is death for no-one ever dies we are a product of the breath of God we either choose life or we choose death if we choose the latter we get all that death brings with it, sadness,  despair,  disappointment and the continuation of wishing death would come and be final.

Isaiah 46:10
Declaring the end from the beginning, and from ancient times the things that are not yet done, saying, My counsel shall stand, and I will do all my pleasure:

Revelation 1:8
I am Alpha and Omega, the beginning and the ending, saith the Lord, which is, and which was, and which is to come, the Almighty.

Matthew 20:8
(8)  So when even was come, the lord of the vineyard saith unto his steward, Call the labourers, and give them their hire, beginning from the last unto the first.

I tried to highlight HIS involvement in our world today through HIS word and how it is written for this Generation more than all the others. We are the millennials the ones who will be here for the thousand year reign of Christ as HE begins HIS Sabbath rest.

You will want to get to know HIM now, don’t put it off.

Father would not let his body see decay and took HIM up into heaven to sit at his right hand until we subdued HIS enemies under HIS feet.

A Birthright was stolen this one would have been wanted unlike Esau’s and because of it revival has been delayed.  There is a way that seems right unto a man but the way is destructive no matter how noble the cause may seem. Killing Abel because evil thought him to be the one who would crush his head because God looked down with RESPECT for the offering.

An offering was given with a pure heart and intent to honor God and show us all the importance of the offering.  However, without Jesus Abel would have had no power to Crush the serpents head. Cain forfeited his birthright because of his jealousy over Abel.

A thief is a thief and is not one who should be rewarded without repentance or without understanding the damages done. Do you leave this sin on the table to be dealt with by God?  I have learned we are to judge ourselves and go and ask in the name of Jesus for forgiveness from HIS Father.

Yes it is true we are to forgive those who offend us,  I have numerous times even with the other person unaware that he had.  What annoys me and God the most is the ones who know they do and do not care.

The offense that delays the revival was on God not on me. The lack of faith and understanding of the word of God concerning HIS leadership. The city of Boston was prophesied to become a spectacle the word used in the prophecy was a fishbowl and everyone would come to see what God was doing in Boston. The war that began our nation started just north of the city of Boston. America is the last city on the hill to be taken let us not lay down so easily.

I drive a tractor trailer and I am constantly reminded of this stolen birthright.  The trailers we drive have the place they were bought and built on the mud flaps Cobble Hill.

A man was attacked by the people of Boston for honoring the word of God the trial went on several years radio and television picked up on it.  When God gave me my call he said he wanted this man to own the TD Bank North center and to have a message on a lighted billboard that declared how God blesses his children for standing on HIS word and calling on HIS SON.

All the cars passing through the tunnel would know the God of the reverend Cobble including his accusers. That was in 2009 and there was not a billboard like that on the building.  Now there is but there is no Mr. Cobble having assumed ownership because someone felt his vision was much more important than the one the mother of this man prophesied about. Boston did not become the fishbowl it should have been because someone threw baby sharks raised in Parochial schools in the water to feed a vision believed to be from God.

Abel’s first Foster family did him right taught him what was important, sending me back to a foster family that did not know HIM caused my heart to burn to know the truth, why did God not like me or any of us why were these horrible things happening?   I lacked understanding which made the lie more believable.   HE wants us all to know the truth HE gave us HIS only begotten Son that whosever calls upon HIS name will be saved.

The devil would have you save thousands feeling you are doing well while you leave the millions behind.

Cain my birthright is not one you want to steal because it cheapens the value of the SON of God to do so.

Permanent link to this article: https://thedivineplan.org/setting-the-record-straight/