A Fierce Countenance But Why?

I was confronted by an individual who has been the subject of many of my prayers as they have been fighting cancer.

She told me that I should not declare Absolutes???

I understood where she was coming from, using words like

should be used carefully.

There are absolutes, absolutely.

When it comes to standing on the truth the one that has a proven track record of doing good is the one I want to lean towards and stand with when the name of Jesus is used.

Psalms 1:1-2 KJV
(1)  Blessed is the man that walketh not in the counsel of the ungodly, nor standeth in the way of sinners, nor sitteth in the seat of the scornful.
(2)  But his delight is in the law of the LORD; and in his law doth he meditate day and night.

A house divided cannot stand is a teaching of the LORD’s but giving into falsehood is unwise and foolish.   Not having learned what is good from evil is grounds to be left behind. That is the very reason why we are here to know the difference leaving some behind will help them see it more clearly what evil is and what it has done and why it should not be part of the kingdom ever.

Those who had a hand in destroying America would treat heaven as badly.

You cannot legislate morality one needs to be broken by the sin and repent of it.  First, they have to know it is sin that’s why the word of God must be taught and studied it lays the foundation for the new creation.

You cant have Absolutes is something that comes out of where the pantheon of gods gathered to create doubt and uncertainty preventing Christ from completing HIS work and failed,  but they refuse to give up. They will not be happy until all have called ROME the blueprint for heaven.

There is something absolutely disturbing about this picture??? 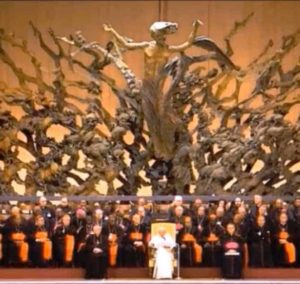 A wonderful woman like Mother Theresa could not say she was absolutely saved and was dependant on a priest and transubstantiation a process in which a mocker can turn the wafer and wine into the actual body and blood of the divine Son of GOD.

She could not receive Christ in any other way.

Is God helpless without them? I’m pretty sure for three hundred years after the temple was destroyed in Jerusalem their existed no priesthood and the church was doing fine. However, without a priesthood, Satan cannot do his works.   The church makes you dependant on them (priesthood) for salvation. https://www.challies.com/articles/the-myth-of-mother-teresa/

I prefer you to be dependant on the word of God and teachings of Christ, not those who clearly do not know what is going on.

If Mother Teresa was not “Born Again” she did not enter into heaven or see it John 3:3.

That’s Absolutely true not because I say it,  but because Jesus said it.

I cannot tell you who is saved or not saved it is usually their speech and actions that give them away as being saints or sinners.

Outward appearances can be deceiving HOLY garments does not make one HOLY.  Teaching things absurd like purgatory reveals the work of Christ was insufficient when it absolutely was all that was necessary, which we are absolutely commanded to believe receive, and follow.

Isn’t purgatory denying Christ came in the flesh and is the SON of God?

Out of the abundance of the heart, the mouth speaks.

Absolutely HE is coming back!

Absolutely you are living in that time 777 is 21.  What century is this?

How many chapters are there in the gospel called John?

Not that it matters to the age but it is HIS fingerprint.

Absolutely John should be the book we study more intently in the inspection of the sacrifice.

Absolutely the Jewish people need to look into the gospel of John.

Absolutely the Bible is the word of God.

Absolutely God rejoices in the truth.

Absolutely there is a final judgment where our works will be tried in the fire wood hay stubble.

Absolutely America was founded on Protestant principles and truths.

Absolutely England is the older to New England the younger.

Absolutely many of the tribes of Israel blended into gentile relations.

Absolutely Joseph’s sons were half Hebrew and Egyptian.

Absolutely your child may get left behind as one of the 144,000 or someone close to you.

Absolutely Rome stole killed and destroyed believers who were Protestants.

Absolutely the priesthood kept the word of God away from Mohammed and HIS People.

Absolutely Catholics tried to blow up England’s Parliament in the Gunpowder Plot of 1605.

Absolutely Jesus said they would kill in his name thinking they are doing God’s service John 16:2.

Absolutely America began with 13 colonies and one of them Absolutely didn’t belong.

Absolutely Rome stole America in order to give them away as being the gates of hell who stole the keys from Peter.

Absolutely God allowed time for HIS dragon to clothe himself in treasures and destroy those who would try and take it. 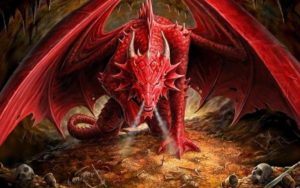 Rome absolutely wants no one to read the word and find the truth.

Those who become saved Absolutely rejoice, love God, and honor HIS SON and HIS SON’s word.

Those who are saved become Absolutely sure of their salvation with the HOLY SPIRIT bearing witness and sealing them for the new creation.

There will Absolutely be a new creation.

Notice how the Jesuits believe they will be in heaven and have absolutely brought no joy but war and violence into the nations?

They Absolutely have idols of Mary in front of all their Hospitals.

Absolutely they amp up the COVID 19 to cause fear and eliminate like the Germans did unwanted individuals.

They are Absolutely presenting the second coming of Christ with a Nazi-like world with the death of whom they deemed unessential individuals.

They Absolutely hijacked the last Election and have done so since buying Obama’s seat for 700 billion dollars.

Absolutely the angels are leaving behind all those who offend God and reveal themselves as agents of ROME.

Absolutely the wicked walk on every side when the vilest men are exalted. 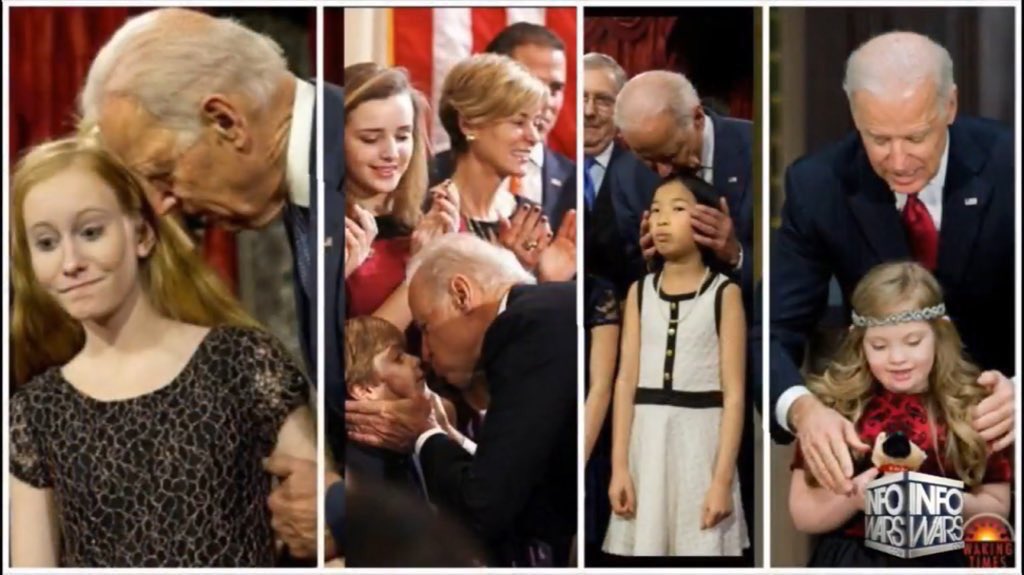 Absolutely the HOLY SPIRIT is counterfeited.

Absolutely the CIA is the hand of ROME against America like the IRA was against England.

Absolutely salvation is found outside the Catholic Church ask anyone who truly has become “Born Again.”

Absolutely a man must arise to part the waters and exact God’s Justice on the wicked.

Absolutely the wicked will not judge themselves though they will fall into their devices created for the righteous in Christ.

Absolutely there is one wiser than King Solomon HIS name is Jesus Christ.

Absolutely those who are HOLY hate that which is Evil.

Absolutely the wicked will disagree with the righteous.

Now I am not Absolutely sure however when a person is slain in the spirit they give up their will at a hypnotic type suggestion becoming supportive of ROME leaving me to believe a demon is involved.

Why would God support a system that would place blocks of stumbling in the path of HIS Jewish people HE called us to be a witness to?

This makes me absolutely sure they do not know Christ and that this gift has become the defining factor of salvation.

I Absolutely do not forbid the speaking in of tongues, the laying on of hands, calling the elders when one is sick among us to pray the prayer of faith.

Absolutely teachers will face the greater condemnation in the judgment so one better be sure they are rightly dividing the word of truth.

Absolutely Preterism is a Jesuit doctrine that misleads.

Daniel 8:22-25 KJV
(22)  Now that being broken, whereas four stood up for it, four kingdoms shall stand up out of the nation, but not in his power.
(23)  And in the latter time of their kingdom, when the transgressors are come to the full, a king of fierce countenance, and understanding dark sentences, shall stand up.
(24)  And his power shall be mighty, but not by his own power: and he shall destroy wonderfully, and shall prosper, and practise, and shall destroy the mighty and the holy people.
(25)  And through his policy also he shall cause craft to prosper in his hand; and he shall magnify himself in his heart, and by peace shall destroy many: he shall also stand up against the Prince of princes; but he shall be broken without hand.

The first dark sentence falls after it, there is nothing wonderful about destroying mighty men or HOLY people it can only be called wonderful if they are wicked mighty men and wicked holy people and there are plenty of those who need to repent and get right with God HE is coming back.

Absolutely by peace, he shall destroy many! Does anyone know who the prince of peace is? HE really wants to be made known maybe that is why HE wrote HIS story into my life.

Absolutely who doesn’t want that story to be told???

Absolutely you can meet God today.

Permanent link to this article: https://thedivineplan.org/the-absolute-absolutes-absolutely/