The Appointed Time of Death

Disclaimer: Do not try and do this at home with family or friends who have passed on. The individuals these Psalms point to have denied God of HIS glory in life and misled many from Christ and a relationship with HIS Father.  These individuals are noteworthy only in the sense that they did not glorify God in their lives, and many outwardly denied him.

You are fortunate to see it for yourself, so you do not end up where they are now.  Like me; they are very much alive. God will be glorified even by those who denied HIM and truth. I am here to make it so.

Jesus tells us that he has the keys of hell and death. So it is he who determines the time of ones passing.

Revelation 1:18  I am he that liveth, and was dead; and, behold, I am alive for evermore, Amen; and have the keys of hell and of death.

Throughout these ten years since my awakening, I have been revealing the images pointing to the word of God and the word of God has been pointing to the images. I have been referred to as a dirtbag by a Reverend of all people, who tells me he is going to sit at the right hand of Jesus.  I hear him calling other people dirtbags as well. I find it absurd that if we call anyone Racca or Fool we will be in danger of the judgment however this AG minister feels dirtbag wasn’t in the list.

Reverend do you know who I carry?

Another referred to me indirectly in a message as Gollum holding onto my precious oddly the same man told me he did not want the lamps Jesus gave me.  He answered a matter before even hearing it. He asked me to pray the lamps away.

I couldn’t do the answers to the returned Arecibo message done in 2001 the year the wicked ones took down the twin towers, and it wasn’t who they bore false witness against.  I did not awaken fully until 2009 when Jesus gave me the rest of my mantle and only upon seeing what was built in Egypt and understanding another race did it before man was created. He wanted someone to find the truth. Oddly my initials are B.A.B.E.L  let me take the confusion out of it for you.

Doing the moons of Jupiter could not be decoded until the eyes of science noticed the other ten moons in 2018 giving Jupiter the FIFTH planet from our sun a total of 79 moons with God highlighting four of them for us.

Our neighbors, the Angels, and God are going to end life as we know it.  Psalm 79:4.

We know David was a man after God’s own heart and wrote the words of God’s heart in the Psalms.  It only makes sense that a lot of these messages highlight the Psalms but not all of them. Some point to Genesis or Revelation as well as Matthew and many more.

Psalms are always a great place to look for the answers to life in General.  A book was written called “Prophecy in the Psalms” which noted that the Chapter numbers went along with this century when it came to the plight of the Jewish people and World War II an excellent read.

Educated men of God tell us God had no hand in placing the numbers in scripture these men would be best to get right with God because they do not know HIM or why HE is doing it this way. They condemn many to hell because of their ignorance of such matters.

God tells us in HIS word to consider the end of a man’s life.   A lot of men live for themselves and not for God, and HE extends mercy and hope-giving all a chance at life in HIS presence where there is the fullness of Joy. Only through Christ is it possible to know God.

The Appointed Time of Death

The appointed time for the following deaths is those who are well known to us who refused to bring glory to God in life.  So we will use them here because they are famous only to the world among the lost. In heaven, they are not, and their names are not written in the book of life.

I will finally use their lives to bring God glory.

Though they may be dead, they are still very much alive like Abel; only they did not bring glory to God in life.

The last two posts I did Ignatius de Loyola who condemned many of men to hell. The devil gave him a statue in his honor,   now he pleads in hell to know Jesus, we did Frank Sinatra who sang the song “I did it my way,” Their appointed deaths pointed to Psalms that said what God thought of them. 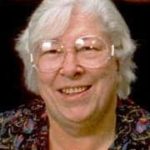 Don’t let the smile fool you she’s not smiling anymore. Jesus told the truth it is a place with weeping and gnashing of teeth.

Madalyn Murray O’Hair, she took prayer out of school in America as Christians sat by helpless at the hand of this  Atheist.  Date of her death was on September 29,1995, she was 76 years of age, and her eternity began. 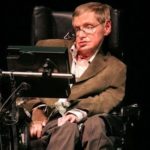 Stephen William Hawking the famous noted Physicist who oddly died on the day of Einstien’s birthday wonder if Physics knows the odds on that with 365 days in a year?  Stephen’s appointed time 3/14/2018 at the age of  76 just like Madalyn Murray Ohare above,   Hawkings was the famous wheelchair guy.  His wheelchair is the least of his problems now, if you watch the movie”The Theory of Everything” his life story God put a Christian wife in his life but he could not be bothered by faith or God he had to solve the origins of the Universe and upon completing his book received  accolades and celebratory praise as he convinced himself and others life began with a black hole and a singularity??? Bible teaches God is a God of light and that the origins of the Universe are revealed in Genesis 1:1.

I notice that 3.14 is Einstein’s Birthday and the number for the equation Pi.  It is also my Son’s Birthday; he is my Pi child. When I found Jesus’s effigy in Egypt, Jesus told me I was Smarter than Einstien.

Maybe it is because of the numbers of souls I will bring to the cross.  3+1+4 = 8 Psalm 8:3 is a Psalm overlooked by Einstein and Hawking  Psalm 8:1-9 Nine is oddly the number of planets in our solar system. 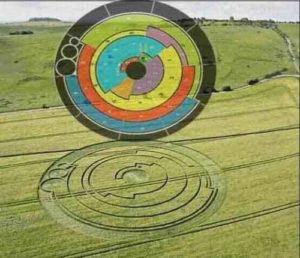 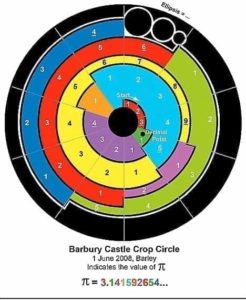 Hawking, who died at 76, wrote “there is no God” in his final, posthumous book “Brief Answers to the Big Questions.” He also wrote that “no one directs the universe.” It wasn’t the first time Hawking rejected the idea of a higher power. He had disputed the existence of God for years before his death.

He now has plenty of time to find the last digit in the equation of Pi when he is not sobbing wondering why he did not see the value in Jesus which is an equation, not hard top figure out.

You may ask why did O’Hare have her single digits added and Hawking’s double digits, well Madalyn went after children with very formative minds who were only capable of single digits. While Hawkings was a great numbers man and went after minds already formed.  Denying God does not make him go away no matter what age you are.

Hawking says you cannot have a personal relationship with God or talk to HIM I beg to differ.

Next Up Famous Cultists and other Champions of the Devil 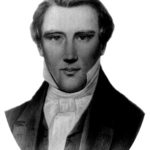 Joseph Smith Jr. (December 23, 1805 – June 27, 1844) Age 38 his church claims he was martyred for his faith he was an American religious leader and founder of Mormonism and the Latter Day Saint movement. When he was 24, Smith published the Book of Mormon. By the time of his death, 14 years later, he had attracted tens of thousands of followers and founded a religion that continues to the present.

I know Pastor’s who are secret members and supporters of Mormonism. When God first spoke to me at the age of 18, it was my Mormon side of the family that had me committed. 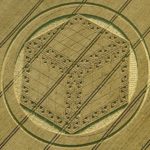 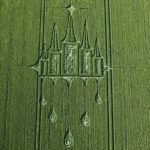 When the Church tried to put Romney in office two images showed up in England one showed God was going to strengthen Islam against us the other was called the Tabernacle of tears as God was heartbroken over the numbers of people who did this on election day.

We are trying to save souls, not strengthen error.

I know I am going to catch a lot of flack for this next one, but I do as God requires and it is because we love you, and the truth sets the lost free.  Don’t you know in the core of your being whether or not you have a relationship with God? If you know the SON ended the need for the Jewish priesthood, why bring it back and for what purpose other than to serve a false god.

You break the least of the commandments you are called least in the kingdom; they deleted the second one and mock sacrifice the SON of God  over and over, 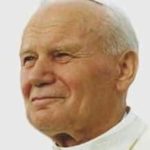 To be Continued as God leads. 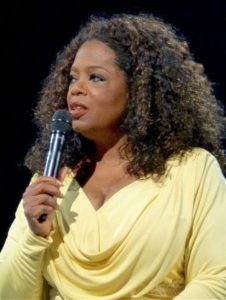 Permanent link to this article: https://thedivineplan.org/the-appointed-time-of-death/