God gave Rome the boot long before Christ was born and we are called in the end to do the Same.

The Characteristics of a Serpent

Genesis 3:1a KJV
(1)  Now the serpent was more subtil than any beast of the field which the LORD God had made.

Some translations say clever, cunning, or crafty.  The 1965 Bible in Basic English translated it into wiser?!?

Clearly, we can throw the Bible in Basic English in the trash; it also kept out the seven-letter word  “Respect” in Genesis 4:4 KJV, and also like the NASB removes the only two places we find the word replenish.

The fear of God is the beginning of wisdom. We know the serpent was not wiser than other beasts of the field; they knew their place.

We are now coming to the end of days and syncing up everyone with his own chariot. 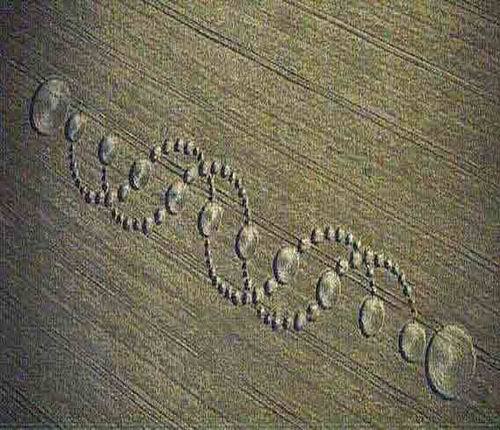 Aligning the bodies with the spirits from the beginning.

Jesus asks us to let the dead bury the dead and go forth with the living; we cannot do anything about those who had been deceived by ROME and died without the “Born Again” Holy Spirit infilling.

The pantheon of gods gathered in ROME to keep Jesus from completing his mission though they were unsure exactly what that was.

We find their work in the Parable of the wicked Husbandman, also known as the Bad Tenants’ Parable.

Matthew 21:33-46 KJV
(33)  Hear another parable: There was a certain householder, which planted a vineyard, and hedged it round about, and digged a winepress in it, and built a tower, and let it out to husbandmen, and went into a far country:
(34)  And when the time of the fruit drew near, he sent his servants to the husbandmen, that they might receive the fruits of it.
(35)  And the husbandmen took his servants, and beat one, and killed another, and stoned another.
(36)  Again, he sent other servants more than the first: and they did unto them likewise.
(37)  But last of all he sent unto them his son, saying, They will reverence my son.
(38)  But when the husbandmen saw the son, they said among themselves, This is the heir; come, let us kill him, and let us seize on his inheritance.
(39)  And they caught him, and cast him out of the vineyard, and slew him.
(40)  When the lord therefore of the vineyard cometh, what will he do unto those husbandmen?
(41)  They say unto him, He will miserably destroy those wicked men, and will let out his vineyard unto other husbandmen, which shall render him the fruits in their seasons.
(42)  Jesus saith unto them, Did ye never read in the scriptures, The stone which the builders rejected, the same is become the head of the corner: this is the Lord’s doing, and it is marvellous in our eyes?
(43)  Therefore say I unto you, The kingdom of God shall be taken from you, and given to a nation bringing forth the fruits thereof.
(44)  And whosoever shall fall on this stone shall be broken: but on whomsoever it shall fall, it will grind him to powder.
(45)  And when the chief priests and Pharisees had heard his parables, they perceived that he spake of them.
(46)  But when they sought to lay hands on him, they feared the multitude, because they took him for a prophet.

Those who support ROME are not coming HOME!

If you had a family member deceived by ROME and its pantheon of gods, maybe just maybe they could have been the 1 in 20 that understood the truth and truly loved Christ, and you would know because they shared the need to be “Born Again” as Jesus commanded in John 3:3.

Jesus was sacrificed once for all!

My ROCK is not their rock.

HE is a cornerstone, not a capstone.

A serpent is slow when coming up on his prey. He is fastest when he becomes the prey to get away from its attack.

The venomous kind strike to paralyze their food, while the non-venomous type coils their prey and holds them in place before devouring them.

“For we are opposed around the world by a monolithic and ruthless conspiracy that relies primarily on covert means for expanding its sphere of influence — on infiltration instead of invasion, on subversion instead of elections, on intimidation instead of free choice, on guerrillas by night instead of armies by day. It is a system which has conscripted vast human and material resources into the building of a tightly knit, highly efficient machine that combines military, diplomatic, intelligence, economic, scientific, and political operations. Its preparations are concealed, not published. Its mistakes are buried, not headlined. Its dissenters are silenced, not praised. No expenditure is questioned, no rumor is printed, no secret is revealed. It conducts the Cold War; in short, with a war-time discipline, no democracy would ever hope or wish to match.”

John F. Kennedy was sacrificed to place more of their own in America’s highest offices.

I SMELL SOMETHING FISHY!

You don’t get those clothes off the rack at Macy’s; they are costly.

If I were to be a major religion globally, I would abstain from purple and scarlet colors, even if it were to be a false one. I- just saying. 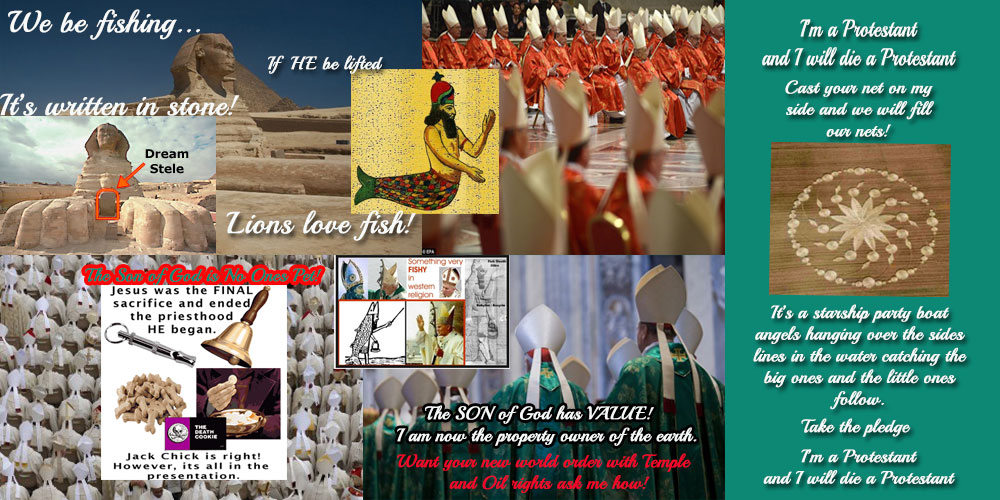 Find the Jesus of the word of God,  and stay away from those who work to hide HIM away from others.

The Gospel of John / Lazarus has 21 chapters at SEVEN chapters a day; one can go through it three times in nine days. Is your soul worth the investment, or are you going to trust a system that transgresses the work of CHRIST? 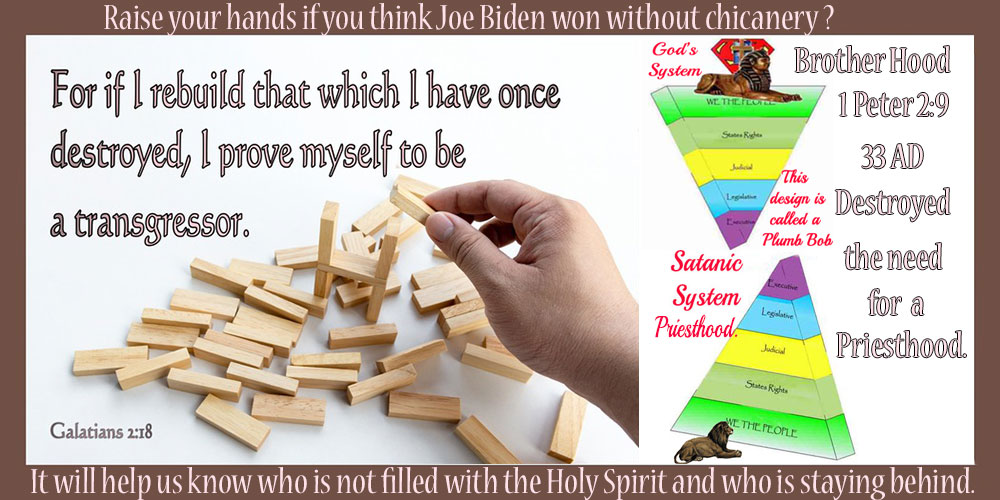 Covered in gold and precious stones, G-d allowed him to dress up again. At the same time, placing a tail on him with a rattle. Isn’t America looking like Germany pre-WWII?

Don’t be a wicked tenant again.

They do not know the prince of peace, so they tried to give Islam Obama the Messiah they are waiting for.

Their rock is not our ROCK; our ROCK need never be sacrificed again. They do not know how to talk to God without being repetitive, and he is not listening to them. Obama, Trump, and Biden are all placed there by them.

You cannot deceive the elect those who truly know God can spot a counterfeit Christianity, and it all has to do with the Nation of Israel and winning them to the CHRIST of scripture before the end comes.

Permanent link to this article: https://thedivineplan.org/the-characteristics-of-a-serpent/