Why Socialism? There is a better way.

From Columbus OHIO to Boston Mass is 777 Miles.

The Final Battle the War to End all Wars.

You may think that my behavior childish at times. It is there to reveal the foolishness of the game evil began along with the fact Father himself referred to those who began this war as sottish children who had no knowledge of good but continually did evil.

Sound out the letters to Babel and you will find the angels have turned it into a game for me.   We know who wins we know who won.  The youngest of them led the rebellion, thinking he was smart in claiming that God is a liar that he could not give him the desires of his heart and that was to be like the most high whom he did not believe existed. If he was made like the most high he would then exalt himself over the throne of the most high.  Well, one thing at a time let me introduce you to the most high that he wants to be like. Yes, that’s him in the manger and in fact, God would like us all to be like Jesus. 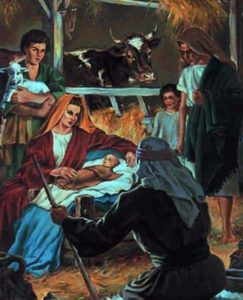 The most high in which the angels worshiped had HIS start in a manger.

Jeremiah 4:22  For my people is foolish, they have not known me; they are sottish children, and they have none understanding: they are wise to do evil, but to do good they have no knowledge.

The message of the gospel is done so that even a human child could understand it and grasp its simplicity.

Daniel 2:20-22
(20)  Daniel answered and said, Blessed be the name of God for ever and ever: for wisdom and might are his: (21)  And he changeth the times and the seasons: he removeth kings, and setteth up kings: he giveth wisdom unto the wise, and knowledge to them that know understanding:
(22)  He revealeth the deep and secret things: he knoweth what is in the darkness, and the light dwelleth with him.

There are those who claim to know God and know what God wants and I have been over this numerous times. The same people claim pyramids will confuse you and that God had no input to how HIS word would be numbered though HIS word tells us that we must rightly divide it because it is not in chronological order.

Jeremiah 4 is like Isaiah 14:4 or Ezekiel 28:11-14 when God begins having the prophet to speak to the spiritual element behind the King of Babylon or Tyre, or the hardening of the Pharaoh’s heart because of who is riding in the Pharoah when Moses starts demanding that he let his people go and worship HIM as HE desires to be worshiped.

For the life of me and the eternal destiny of your loved ones, I cannot fathom why a Pentacostal pastor now assumes this role of Pharaoh? Lifting up Jesus and sharing the word should be something we can rejoice over but not this AG minister who plays the devil’s advocate is that better than serving God or honoring HIS word?  The enemy needs a peace plan and this man keeps it from him for any intelligent person would have by now figured out what God’s peace plan is.

The first spirits angels instead of learning about death watching the dinosaurs protect their territory and defend their young they thought it was entertaining.  Dinosaurs, by the way, did better at taking care of their offspring then we do ours.

Those who claim to know God believe man is HIS only concern to explain death to the angels he rushed out to make man.  Was God in a hurry to see HIS Son suffer and die at our hands? By the looks of things if HE were among us today HE would get the same treatment.

We are so much like them it is horrifying. Why would the LORD let warmongers,  molesters,  perverts into the kingdom? Any idea of how many people died during prohibition? All because of the sales to people who preferred alcohol instead of the Son of God helping others through them.  In heaven, there is no death or decay and in order to create such spirits, fermentation is necessary decay and death has to be involved. It is not welcome in heaven so I recommend temperance try to live as if Jesus was here now.

Proverbs 23:29-32
(29)  Who hath woe? who hath sorrow? who hath contentions? who hath babbling? who hath wounds without cause? who hath redness of eyes?
(30)  They that tarry long at the wine; they that go to seek mixed wine.
(31)  Look not thou upon the wine when it is red, when it giveth his colour in the cup, when it moveth itself aright.
(32)  At the last it biteth like a serpent, and stingeth like an adder.

Many lives have been ruined by it including my own.

It ruined my stepmother who began at 16 right after she was old enough to have a job in the mills of Lawrence she gave her father her paycheck, in turn, he cashed it to buy his and hers.

The saddest thing is at four years old her father beat her mother for his last time, with three sisters and two older brothers able to work and pull their weight they were not sent to the orphanage.  Her and her sisters were it was a Catholic orphanage where she found nothing greater to fill her emptiness. Four-year-old child what chance did she have?  Forced to do her cultic rituals in her native tongue of French as to not blend in with us heathen American Protestants. Masses back then were still being done in Latin and they didn’t teach her Latin it was the mystical magical language that could turn a wafer baked in an oven into the very body of Christ and people were killed throughout the ages who would not believe that the priest had this power they still think they do.

The church was doing just fine Jesus came to the bottom of the pyramid to walk among us and teach us HIS way how to honor HIS father and the only HOLY Father of the creation.

Those at the seats of power did not like the idea the bottom was claiming to know the one true God, so the enemy knowing he could not keep making martyrs took an Emporer to do the long Con convince the world they had become Christian it is the beginning of the legs of Iron that refuse to bend and kneel to the Christ of scripture.  Christianity Satanic style moves to Con stantinople founded by Emporer Con stantine they reinstate the priesthood and 1500 years later the Mormon’s in America establish the Aaronic Priesthood and have the complete truth with the golden plates.

What was the purpose of the Priesthood God established? Did it not complete the work it was intended for?  Why do you think the Jewish people were scattered no longer allowed to make a sacrifice? Because even the devil knew the last sacrifice was Jesus.  However, he does not want you to know it. Besides the priesthood of man has always served him well in making slaves of men.

Galatians 2:4
(4)  And that because of false brethren unawares brought in, who came in privily to spy out our liberty which we have in Christ Jesus, that they might bring us into bondage:

The Julian Calendar came out of Rome as did the Gregorian Calendar given to us by Pope Gregory XIII they even took pagan days the old wineskins and added new patches to them calling them Christian holy days. We need to stand out not blend in how else will we win the world to Christ our ways are better ways their way is no way because they know not Yahweh’s way. They changed the law by getting rid of the second commandment and approving the talking to the dead.

Ecclesiastes 9:4-6
(4)  For to him that is joined to all the living there is hope: for a living dog is better than a dead lion.
(5)  For the living know that they shall die: but the dead know not any thing, neither have they any more a reward; for the memory of them is forgotten.
(6)  Also their love, and their hatred, and their envy, is now perished; neither have they any more a portion for ever in any thing that is done under the sun.

Safe to say that they have worn out the saints and they have surrendered to the Antichrist’s Church.

Don’t take my word for it pray about it talk to a living saint about it.

Who’s with me and who is with them?

Babylon is no mystery anymore do you follow the flash and idols or do you seek after the true and living G-d? Did you sell out in your Ecumenical join the state and control the people mentality?A Minister tried to convince me he was a patriot but embraced a system that seeks to kill him when given the chance. You cannot serve two masters, you cannot belong to more than one HOLY FATHER.

Compare it to one God and the angels are revealing in England.

Time to prepare the way of the Lord. 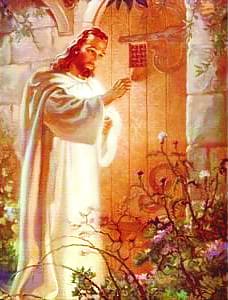 Do you know what a proxy is?  We need to rehearse.

Permanent link to this article: https://thedivineplan.org/the-final-battle-the-war-to-end-all-wars/