The meme and a picture is worth how many words?

The Bible is a book no one wants to read, so it is not hard to condemn many to hell by keeping it away from them.

GOD is a Spirit, and they who worship HIM must do so in SPIRIT and in TRUTH.

First, God sent the prophets to tell us how things will go and end. The rider to the red horse is on the scene, and the Whitehorse still not Pentacostal enough nor prepared to bow to the image of the beast.

God sent images to help save the lost, but the saved prefer a godlike power, and isn’t it so odd and at the same time equally sad those who have spiritual gifts cannot see the image of the beast?

If they can, they are certainly not helping anyone to stay away from him.

The meme is a great way to get a message out; although I am not keen on the me me aspect of it, it’s like so many will say on that day I did this, I did that,  me me me, and what of Jesus? He has prepared good works for us all to do before he created the earth.  HE for me should receive all the glory.

If I delight myself in the SON, HE will give me the desires of my heart which was for me, family!

If the lost understood the Bible, they would never put it down, and if they read it and knew God, they would know what God likes and dislikes.  Take that woman in revelation riding the beast, a beast she created by following the beast, to begin with.

How did the beast come about? Well on earth as it was in heaven, he was nearer the end before the rebellious were thrown out of heaven.  This is where full preterism (preterrorism) loses it when it comes to the rapture because the word does not appear in scripture they shipwreck the faith of others, but they read translations that have words that were taken out and different words added.   God is doing the opposite he did in heaven with us. Leaving the wicked behind and taking the righteous in Christ into heaven who stand on of all things HIS WORD!

Humor me and watch the following video. I made a vow to God to defend HIS word. 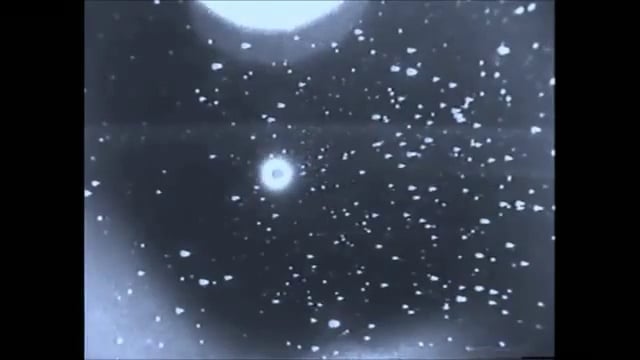 2:25
Looks like a rehearsal to a mass EXODUS!
Leaving behind the ones who do the mass. Follow ROME not going HOME!
Aliens / UFO, Angels, Prophecy

The beast was created just before the introduction of men; he was the last of the Cherubs created and done to reveal to the angels who refused to come and worship the SON that the worship of the SON of GOD has value! Through time and being the Baby among them with the light inside, he was to go and restore praise and worship back to the SON of God; he relied on his own wisdom and beauty and had many flocking to him.

When he was tossed from heaven after refusing to say what God told HIM to say, if they would come and delight themselves in HIS SON, the SON would give them the desires of their heart. Instead, he coveted the creative power and insisted that when the SON gives him the desires of his heart, he will give the rebellious the desires of theirs. Meaning he would exalt himself over the most high without even knowing anything about HIM.

So he and his angels were cast out of heaven, having their wings clipped, and like a hermit crab without his shell, he used fear to rule over them rather than love. Even so, the concept of love could only truly be explained with the creation of men and women who honored God and produced children to love HIM.

The word of God says the heart of man is wicked above all else and who can understand it?

Jeremiah 17:9-10 KJV
(9)  The heart is deceitful above all things, and desperately wicked: who can know it?
(10)  I the LORD search the heart, I try the reins, even to give every man according to his ways, and according to the fruit of his doings.

It is also capable of great love as well, and it is God who looks into the heart of man and what is in the heart often reveals itself outside.

Because of all the shiny pretty stones that made him look so special, and at one time he was and theologically he still is, only the stones have gone away. What made him special was the light that he was carrying. It is what makes all Christians special is the light they are carrying. When he rejected the light, he lost his outward beauty, and he has been trying to get it back.

Thanos is doing the COVID now that he has all his stones back. It’s kind of like that.

His war in heaven brought us here, so he needs Jesus just as much as the rest of us.

Without his ministers of righteousness, he could not have built his new world order.

2 Corinthians 11:10-15 KJV
(10)  As the truth of Christ is in me, no man shall stop me of this boasting in the regions of Achaia.
(11)  Wherefore? because I love you not? God knoweth.
(12)  But what I do, that I will do, that I may cut off occasion from them which desire occasion; that wherein they glory, they may be found even as we.
(13)  For such are false apostles, deceitful workers, transforming themselves into the apostles of Christ.
(14)  And no marvel; for Satan himself is transformed into an angel of light.
(15)  Therefore it is no great thing if his ministers also be transformed as the ministers of righteousness; whose end shall be according to their works.

This is not a book; it is a video.   I am using one program to do two things, one in which it was not designed to do, but it works and works well.

The NWO engineers call themselves Illuminati (the enlightened ones). Their light is it not darkness? Is it not that they call light darkness the true blasphemy against the HOLY SPIRIT? And woe to those who do. Is not the NWO the one which began in Egypt before man was created?

The one claiming they did not need God to have a community?

It is amazing when we look at Christ and how he had no form of beauty that drew people to HIM, and he had no wealth adorning his body but look what he has accomplished in just 2000 years. Likewise, look what his enemy has accomplished and how he did it using the SON of God as some pet to do his bidding and using wealth to obtain power,  keeping his promise and placing his demons in positions of power.  Again without the SON of God, he could not have done it. My peers expect me to bow to the image of the beast just as they have. I was told right after I got my call I was not to consider myself better than another. I could not agree more, and you who hide the word of God from the world you’re better how?

Is it because you have gifts that I do not?  Yet, I feel God has not held anything from me. It’s the beast who has,  waiting for me to claim the lost and damnned as Christians? Can’t you tell by their fruits? Bobby, stop stomping your feet and slamming doors; they’re for pro-life, and do what you’re told!

I’m keeping my vow to defend the word; what else can one do?

The map comes from the Jesuit website. Is the world a better place? Is America any longer the nation we once so loved? Psalm 37:35 I have seen the wicked in great power and spreading himself like a green bay tree.

Look how many followers embrace her as being a virtuous Christian system when clearly it is the dragon in drag all dressed up doing what he said he would do before the SON of God came to earth.

Making the SON of God his instrument to deceive the world by,  how is that loving God with all your heart?

To me, it is the image of the beast, and our female VP will be by the same people thrown under the bus and hailed the woman who rides the beast, when it has been MOTHER CHURCH all along, and the enemy fears her being exposed so let’s find another woman. The uneducated and spiritually undiscerning will never notice.

The earth is merely a weigh station, a proving ground for those who desire to know God. God seeks hearts that will worship HIM and cry out to HIM those who do not want to be with HIM miss out on so much more this creation has to offer.

But in HIS love and Mercy, HE has allowed the enemy to expose himself. Now it is my task to make you see it.

I do not see the evidence that you are? Should I start faking the gifts I know I do not have,  the ones you are all waiting for?

Is it maybe because I lack faith? I find so many wanting, and that’s not a good thing either. What one wants and needs are different. God wants you to honor HIS word.

If there were such an agency as S.H.I.E.L.D, I would belong trying to reign in the dangerous superpowers and temper them with the word of God.

I can discern the false from the real, but there would be no false if there were no real.

Get to know what is Israel.

Permanent link to this article: https://thedivineplan.org/the-meme-and-a-pictures-is-worth-how-many-words/