The Power of One Role Reversal We Can Do This, I will need Your Help.

The Plagues of Egypt – Viral or Virus – Let HIS people come and worship HIM!

In 10 years, my site has not gone viral.

Do I need to put up some cat videos?

Why wouldn’t the enemy want to be supporting me?

The effigy of Jesus still lies in Egypt, and no one sees the wisdom of God in any of it.

The original curse on the earth is because of that likeness.

Jeremiah 4:27-28 KJV
(27)  For thus hath the LORD said, The whole land shall be desolate; yet will I not make a full end.
(28)  For this shall the earth mourn, and the heavens above be black: because I have spoken it, I have purposed it, and will not repent, neither will I turn back from it.

Man came afterward, and  God was seeking someone who would correct it and show how the enemy fulfilled his prophecy of making the SON of the most high God his pet if he ever showed up. We know HIM as the lion of the tribe of Judah.

The Jewish/Hebrew people children of Abraham were made slaves to hide the enemy’s foolishness.

Genesis 15:13 KJV
(13)  And he said unto Abram, Know of a surety that thy seed shall be a stranger in a land that is not theirs, and shall serve them; and they shall afflict them four hundred years;

FYI  that was written by Moses.

Because God chose them to reveal HIM to you, his enemy hates them and would place idols in their path and do it using the name of Christ.

I happen to love the Jewish people, unlike many Pentecostals that I have noticed in the church who I know are not true to Christ and HIS word.

Called to come out of her not take her to prom.

If you are Jewish and reading this Rome and the Catholic Church does not represent the Christ of Scripture that I know and love the one who beckons you to come and see the truth HE is in love with you!

The Rose of Sharon twenty-four petals make up the 4 stars of Davids. From the stem to the spirit fingers that hold it are ten circles, the fingers and the one it holds should not be counted as the Spirit is holding it. 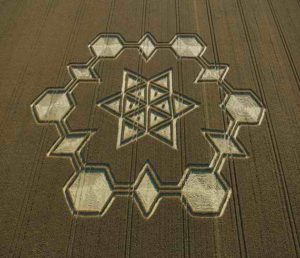 Women like Jewelry G-d has something HE wants Israel to have, and that is knowledge of the Jesus who said call no man Father.

God had Moses build this. 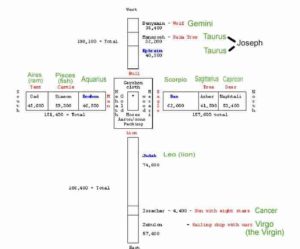 The west is the head of Christ on the cross the mind of G-d America and England represented by the older serving, the younger. So yes technically America is noted in scripture you just got to know where to look.

The devil had his agents mock the symbol in the wilderness and build this. 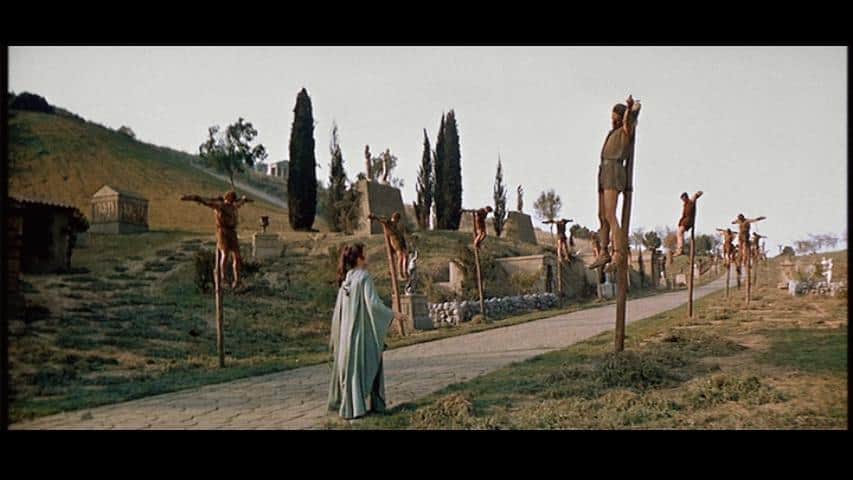 The temple was destroyed as Jesus said it would be in 70 AD scattering the Jewish priesthood to all ends of the earth until Jesus is about to return then brings them back into Israel. The priesthood for sacrifice was no longer needed and still isn’t, but the devil likes to mock the true things of God and restored the priesthood with a mock sacrifice.

Fulfilling God’s Prophecy HE told the enemy that he would take the dust of the ground and raise it up to worship HIS SON and replace him. Stone for stone on the breastplate are the same stones we find on Lucifer.

You cannot deny we are being built up as spiritual living stones the Bible teaches it. 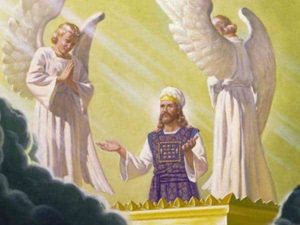 Lucifer was created to show the angels that HIS SON has value!

When Jesus gives up the HOLY Ghost at the cross, the temple curtain is torn, the priesthood no longer becomes necessary. Those who receive Christ have inspected the offering and found HIM acceptable aligning themselves with what the FATHER always knew HE is worthy of all glory and praise.

So that is why angels HE had you worshiping HIM in faith from the beginning.

That is why we protect the kingdom from the wicked who seek to harm HIM again, who would try and make heaven like earth.

Officially closed 70 AD by G-d’s pet in a fit of anger.

Then he realizes he must bring peace and get the temple rebuilt so that he may sit on the throne and have his seven years.

Meaning Jesus must complete HIS 3.5 years and must find another covering as HE did in heaven to get the temple built for unless the Lord builds the house they labor in vain who try and build it.  Come and feel the scars beneath my palms.

Thanks to America the mystery was solved. 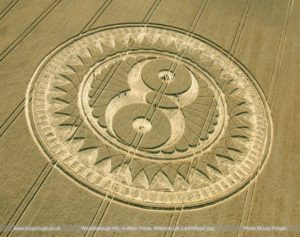 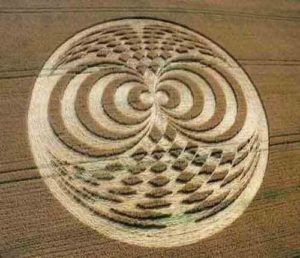 Owls are wise because they ask the question who?

Who made Islam hate America?

Who educated half of the Nazi Party?

Did you know that over every concentration camp in Nazi Germany were the words “Work shall set you free?” It was a lie they never intended to set anyone free. It is a belief in Catholicism you are saved by works were did the Nazis get this from?

Who is behind the socialist party here?

When the rapture takes place and the half holy who are trying to turn me are left behind because they were stumbling blocks to the lost they will become either martyrs having their heads cut off or defiant and angry and choose the socialist party Rome again is building.

I heard a deacon in a Protestant church say he had no problem with Catholics. He will when the angels leave him behind with them.

Who will be targeted?  It will again be Protestants and Jewish people if we do not get them to the cross now.

You should pray for your leaders but do not follow them if you know they are lost in darkness.

The enemy needs help with the peace plan and that is why the bank of England was holding that 700 billion for the evil Protestant church that has not succumbed to Rome.   Messiah was to the Jewish people was to overthrow Rome and establish the Kingdom of David.

Nothing has changed, come and feel the scars in the palms of my hands  I carry the light.

You need to make earth like heaven in order to rule over it like the most high God.

From left to right House of G-d, Wisdom,Michael. Gabriel, Abel

Those who are the beheaded saints in the tribulation are because they believed the lie that idolators and doctrines of demons are Christian.

Rome is locking all the doors and holding the wrong one open always has.

Because they stole the keys, that’s what their god does steals kills and destroys. Four sides all built like a PYRAMID! I know I am right about this. 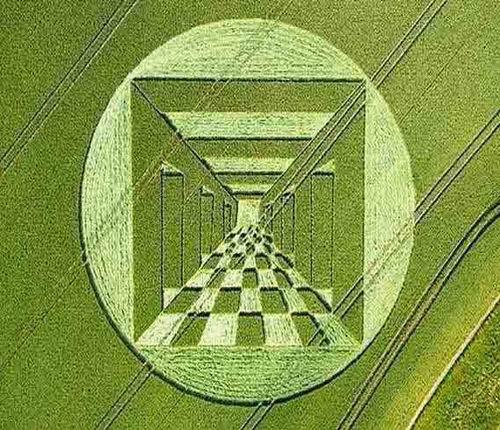 God desires above all that we all come to know the love of HIS SON and respond appropriately. More so does HE desire  HIS chosen people to see the SON  as the only Messiah and that HIS promise to return would follow the prophecies outlined in the book of Revelation.

First, the harlot must be exposed, and the church is called to pay her back double not take her to Prom like so many Pentecostal’s are doing when will those super-spiritual men realize idols and the priesthood of Rome are not of the God of scripture?

Rome was not called to restore the priesthood   270 years after the temple was destroyed. God no longer needed the priesthood and asked us all to inspect the sacrifice.

Rome did it because they serve another god, who even before Jesus came, they were placing their political puppets in power and establishing their kingdoms.   Christianity threatened that kingdom. So they embraced the faith without having any and turned people into drones to carry out their will and not read the Bible just let the demons do their thing through them assembling their new world order again using a priesthood to place political puppets.

The symbols in Egypt were built by the enemy who would make a stupid comment like if he ever shows up, I will make him my pet. Rome has succeeded in doing it for him.

So I am not rude when I say let’s add three more steps at the end of the Catholic Mass I came to save souls and expose the darkness the darkness tells me I do not know what the lamps are for all this time I thought they were to shine the light on Christ and HIS word.

I wasn’t sure we needed the Whitehouse for the peace plan, but by the way, things are going  I would have to say I may have been wrong. Why did our founders place his symbols to attract him here?  The angels must have told him hew would need America to get his temple built and peace plan established. 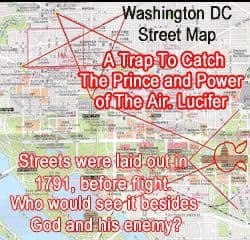 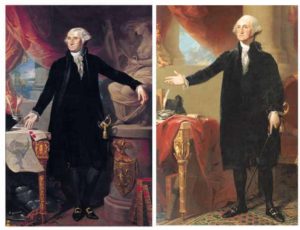 Lamps illuminate, they expose and even at times set souls free from bondage, this time it will be a lot of souls.

Taking America was necessary to expose the leadership in Rome that they do not know the Prince of Peace because they follow the prince of darkness. Which means what for their followers, according to Christ?

Daniel 8:12 KJV
(12)  And a host was given him against the daily sacrifice by reason of transgression, and it cast down the truth to the ground; and it practiced, and prospered.

That is no one you have known it certainly is not Jesus HE is the way and the TRUTH no need for HIM to practice!

Permanent link to this article: https://thedivineplan.org/the-plagues-of-egypt-viral-or-virus-let-his-people-come-and-worship-him/