My Friend David Knows Who Was Really Behind 9/11

The Power of HOPE

Encouragement is not a one-way street.

God’s love compels us to come out of the evil at the end of the age HE insists we come out of the harlot because her sins have reached the heavens and judgment is about to fall.

America was founded to be a nation where we the people made the decisions through the ballot and not with guns it is how we enjoyed peace among us. We were not under duress to do what an evil regime would want from us.

There is money in peace if you know how to do it right.

The separation of Church and state was placed up for us to worship God here freely without impositions by the government we opened the doors to all faiths and look who has to ruin it for everyone as they become the government. Is this what we want Jesus to return to?

How I miss my Christian Teaching and Worship Center but like so many other great moves of God’s spirit the devil must place his tares in among us to cause division and destruction. Mostly by the encouragement of the doctrines of devils as taught at these schools and the compromise of the faith. 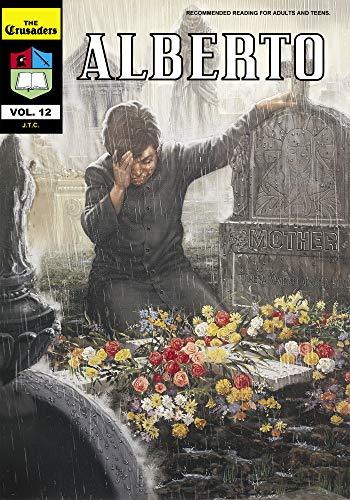 As a Jesuit, Alberto helped destroy churches and ministries. But as he read the Scriptures, he saw that Catholicism couldn’t save. This is the emotional story of a Jesuit priest who left the Catholic Church and found salvation through faith in Jesus Christ alone. He became a hunted man, because he knew the carefully guarded secrets of the Vatican.

The Church is the one that holds fast to the teachings and finished work of Christ who ended the purpose of the priesthood once and for all at the Cross as HE became our high priest to make us all priests unto HIS Father.

A true community in the kingdom cannot be made by the destruction of another,  Jesus is coming back and this is what should unite us.

The process of removing the cancer is a surgical procedure and one that is delicate so that the whole body does not die.

We were called as a body to reconcile the lost to Christ, first and foremost we were called to minister to the Children of Abraham Israel. Jesus insisted that PETER do just that.

2000 years and the apostates haven’t made a nudge towards middle east peace but they have converted many others to their apostasy as they transform their ministers into ministers of righteousness.

Protestant’s had an idea birthed by the angels. 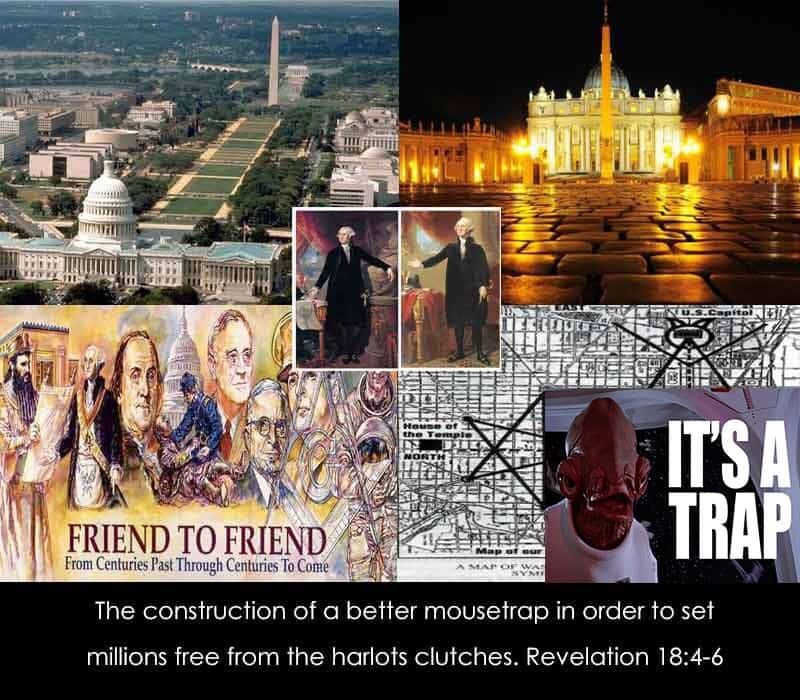 Building a trap there is a time to learn and a time for war…It’s time for war. It’s time to prepare the bride.

Trapped in America the angels hold him down while Heavenly Father takes Aim.

Let me encourage you to trust the plan of God don’t try and make one,  a plan, or a god.

There is none greater than Jesus being loud and noisy keeps many from hearing the message do all things decently and in order and those gifts that came after Vatican two into our houses of worship did not come from God.

Deuteronomy 32:16-52 KJV
(16)  They provoked him to jealousy with strange gods, with abominations provoked they him to anger.
(17)  They sacrificed unto devils, not to God; to gods whom they knew not, to new gods that came newly up, whom your fathers feared not.
(18)  Of the Rock that begat thee thou art unmindful, and hast forgotten God that formed thee.
(19)  And when the LORD saw it, he abhorred them, because of the provoking of his sons, and of his daughters.
(20)  And he said, I will hide my face from them, I will see what their end shall be: for they are a very froward generation, children in whom is no faith.
(21)  They have moved me to jealousy with that which is not God; they have provoked me to anger with their vanities: and I will move them to jealousy with those which are not a people; I will provoke them to anger with a foolish nation.
(22)  For a fire is kindled in mine anger, and shall burn unto the lowest hell, and shall consume the earth with her increase, and set on fire the foundations of the mountains.
(23)  I will heap mischiefs upon them; I will spend mine arrows upon them.
(24)  They shall be burnt with hunger, and devoured with burning heat, and with bitter destruction: I will also send the teeth of beasts upon them, with the poison of serpents of the dust.
(25)  The sword without, and terror within, shall destroy both the young man and the virgin, the suckling also with the man of gray hairs.
(26)  I said, I would scatter them into corners, I would make the remembrance of them to cease from among men:
(27)  Were it not that I feared the wrath of the enemy, lest their adversaries should behave themselves strangely, and lest they should say, Our hand is high, and the LORD hath not done all this.
(28)  For they are a nation void of counsel, neither is there any understanding in them.
(29)  O that they were wise, that they understood this, that they would consider their latter end!
(30)  How should one chase a thousand, and two put ten thousand to flight, except their Rock had sold them, and the LORD had shut them up?
(31)  For their rock is not as our Rock, even our enemies themselves being judges.
(32)  For their vine is of the vine of Sodom, and of the fields of Gomorrah: their grapes are grapes of gall, their clusters are bitter:
(33)  Their wine is the poison of dragons, and the cruel venom of asps.
(34)  Is not this laid up in store with me, and sealed up among my treasures?
(35)  To me belongeth vengeance, and recompence; their foot shall slide in due time: for the day of their calamity is at hand, and the things that shall come upon them make haste.
(36)  For the LORD shall judge his people, and repent himself for his servants, when he seeth that their power is gone, and there is none shut up, or left.
(37)  And he shall say, Where are their gods, their rock in whom they trusted,
(38)  Which did eat the fat of their sacrifices, and drank the wine of their drink offerings? let them rise up and help you, and be your protection.
(39)  See now that I, even I, am he, and there is no god with me: I kill, and I make alive; I wound, and I heal: neither is there any that can deliver out of my hand.
(40)  For I lift up my hand to heaven, and say, I live for ever.
(41)  If I whet my glittering sword, and mine hand take hold on judgment; I will render vengeance to mine enemies, and will reward them that hate me.
(42)  I will make mine arrows drunk with blood, and my sword shall devour flesh; and that with the blood of the slain and of the captives, from the beginning of revenges upon the enemy.
(43)  Rejoice, O ye nations, with his people: for he will avenge the blood of his servants, and will render vengeance to his adversaries, and will be merciful unto his land, and to his people.
(44)  And Moses came and spake all the words of this song in the ears of the people, he, and Hoshea the son of Nun.
(45)  And Moses made an end of speaking all these words to all Israel:
(46)  And he said unto them, Set your hearts unto all the words which I testify among you this day, which ye shall command your children to observe to do, all the words of this law.
(47)  For it is not a vain thing for you; because it is your life: and through this thing ye shall prolong your days in the land, whither ye go over Jordan to possess it.
(48)  And the LORD spake unto Moses that selfsame day, saying,
(49)  Get thee up into this mountain Abarim, unto mount Nebo, which is in the land of Moab, that is over against Jericho; and behold the land of Canaan, which I give unto the children of Israel for a possession:
(50)  And die in the mount whither thou goest up, and be gathered unto thy people; as Aaron thy brother died in mount Hor, and was gathered unto his people:
(51)  Because ye trespassed against me among the children of Israel at the waters of Meribah-Kadesh, in the wilderness of Zin; because ye sanctified me not in the midst of the children of Israel.
(52)  Yet thou shalt see the land before thee; but thou shalt not go thither unto the land which I give the children of Israel.

Let me encourage you to trust the plan of God don’t try and make one,  a plan, or a god.

Daniel 8:12 Jesus is the way the truth and the life so this can’t be HIM.

Daniel 8:23-24 there is nothing wonderful about destroying holy people unless they are wicked holy people. You shall know them by their fruit.

If another should come in his own name him you shall receive.

Permanent link to this article: https://thedivineplan.org/the-resounding-gong/