God is Alive and Well On Planet Earth

What are the odds about Albert Einstein and Stephen Hawking?

God loved both of these men Albert was a Jewish Physicist and helped America develop the Atomic Bomb to save us and the Jewish people from the tyranny of men like Adolph Hitler another non-God-fearing person.

Both men coincidental kind of like John Kennedy and Abe Lincoln who were both politicians one set the captives free and the other was pointing to the ones who make us captives and slaves. Maybe next time I will do them but don’t hold your breath I have done them before.

Stephen Hawking was a Physicist who helps mold and makes people like Adolph Hitler people who do not fear God.

In my last post, I hurriedly went over the death of Stephen Hawking who was a vicious opponent of God like Einstein he just could not be bothered to seek God or develop a relationship with HIM.

Einstein was not as vicious and mean-spirited concerning God as Stephen Hawkings was no wonder like Ignatius Loyola the darkness loved this man so much, the appearances were many yet no one noticed he was losing the battle with God in his wheelchair?   He even made Simpson’s what an honor???  Which is not the love or honor I am seeking.

There are quadriplegics who love God and contributed more to the human race than Stephen ever did.

His death was on the same day of another well-known Physicist Albert Einstein’s birthday 3.14 what are the odds 365 to 1 or are they greater if we put it into minutes?  I took his day of passing month day and year and found the Psalm to confirm he failed.

God will not allow anyone to rob him of HIS glory you can COUNT on it! 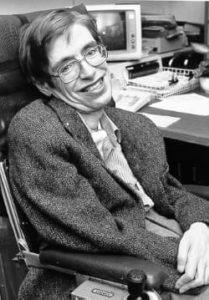 Psalm 131:1 we are big on singularities. God is one God (1) Revealed in three persons (3) together again as one (1) they think and act alike because they are one and the same.

Jesus Christ the Son of God.

Permanent link to this article: https://thedivineplan.org/what-are-the-odds-about-albert-einstein-and-stephen-hawking/