Who are you going to trust?

Yes You Can Judge. The Bible Insists We Do and I Do.

What is Good and what is Evil, What offends What does not?

People are on the road to destruction, of course, you will offend.

Romans 14:13  Let us not, therefore, judge one another any more: but judge this rather, that no man put a stumblingblock or an occasion to fall in his brother’s way.

John 17:17  Sanctify them through thy truth: thy word is truth.

2 Timothy 3:16   All scripture is given by inspiration of God, and is profitable for doctrine, for reproof, for correction, for instruction in righteousness:

Galatians 5:1   Stand fast therefore in the liberty wherewith Christ hath made us free, and be not entangled again with the yoke of bondage.

Galatians 2:3-5 KJV
(3)  But neither Titus, who was with me, being a Greek, was compelled to be circumcised:
(4)  And that because of false brethren unawares brought in, who came in privily to spy out our liberty which we have in Christ Jesus, that they might bring us into bondage:
(5)  To whom we gave place by subjection, no, not for an hour; that the truth of the gospel might continue with you.

Below I have four witnesses to the cult-like uprising within the Church if you are a part of this your ride out may be severely compromised.

Below we rehearsed the Exodus off Planet Earth.

2 Kings 2:11  And it came to pass, as they still went on, and talked, that, behold, there appeared a chariot of fire, and horses of fire, and parted them both asunder; Elijah went up by a whirlwind into heaven.

Ever seen a flaming Chariot? 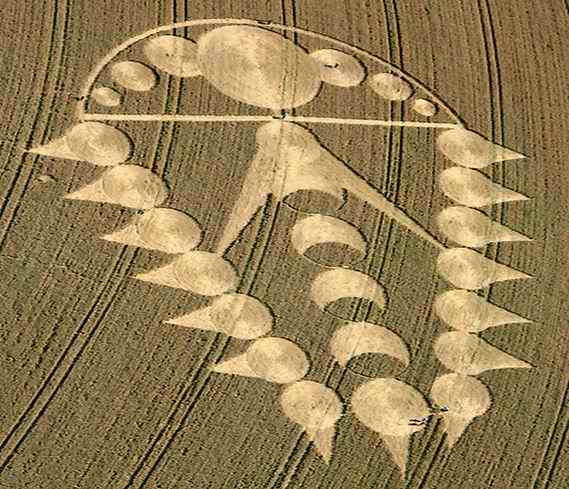 Jesus came for the Jewish people first, and we are called to make them jealous with holy jealousy.

You are not going to do that with Rome they began the anti-Semitism, they blamed the Jewish people for the Crucifixion of Christ and I want to thank the Jewish People  for Christ.  Not see him crucified over and over on an altar by a mocking priesthood around idols and Mary as Pentecostals are allowing.

The Queen of heaven was forbidden to the Jewish People   What are you phony Spirit-filled people doing?

God wants to reconcile with Israel not scare her away!

The hate that comes against the Jewish people is birthed from a place of darkness, a place void of love or understanding. It is not hard to see those who hate Israel. God made a covenant with Abraham, Isaac, and Jacob, and God does not break HIS promises all HIS promises are yes and amen.

JESUS told Peter three times to look after the house of Israel. and to feed HIS sheep.  Jesus was balancing the equation Proverbs 11:1   Peter denied HIM three times, remember?

God called Paul to the Gentiles if the Gentiles were going to have a Pope he should have been first not Peter was for the Jewish People. You would think that would open a few spiritual eyes?  The similarities between Rome and Paul are undeniable.   Each started out Persecuting the Christians. The only difference is  Paul did not go back to it.

Now they seek to kill both Christians and Jewish people. Hitler fashioned his third Reicht according to the structure of Roman Catholicism he and many of his leaders all attended Catholic Schools.

In the appointed times list the Gunpowder Plot of 1605 pointed directly to this Psalm and Father let me know this map references that Psalm. They Killed John F. Kennedy to bring China into America.  Vote for Nixon?!?

Psalm 37:35  I have seen the wicked in great power and spreading himself like a green bay tree.

I have never left America and lamps of light the  Father of lights made the images in PROTESTANT  England to warn us.  We are going to lose the crop because of this cult-like behavior in the church.

God reveals the same map a little differently. Every nation darkened one more to go it is America, the harlot has placed her puppets everyplace else.

You can tell who the phonies are who allow the stumbling blocks to God’s chosen people.  We are no longer under the law; neither are we above the law. We are freed from only the curse of the law.  Jesus said in Matthew 5:18  For verily I say unto you, Till heaven and earth pass, one jot or one tittle shall in no wise pass from the law, till all be fulfilled.

If you have not noticed heaven and earth are still here until peace enters the middle east as God desires it to be,   it remains unfulfilled as well.

All these Pentecostals are trying to tell me what to do, and all I can tell is most of them want me to offend God along with them.  I genuinely feel bad that an AG minister from the Church I was attending left without a revival starting, but he was not getting it.   He hid the tools to get the job done and wanted the same Spirit that has so many going back to vomit many of us turned away from for obvious reasons.

Amos 5:18-27 KJV
(18)  Woe unto you that desire the day of the LORD! To what end is it for you? the day of the LORD is darkness, and not light.
(19)  As if a man did flee from a lion, and a bear met him; or went into the house, and leaned his hand on the wall, and a serpent bit him.
(20)  Shall not the day of the LORD be darkness, and not light? even very dark, and no brightness in it?
(21)  I hate, I despise your feast days, and I will not smell in your solemn assemblies.
(22)  Though ye offer me burnt offerings and your meat offerings, I will not accept them: neither will I regard the peace offerings of your fat beasts.
(23)  Take thou away from me the noise of thy songs; for I will not hear the melody of thy viols.
(24)  But let judgment run down as waters, and righteousness as a mighty stream.
(25)  Have ye offered unto me sacrifices and offerings in the wilderness forty years, O house of Israel?
(26)  But ye have borne the tabernacle of your Moloch and Chiun your images, the star of your god, which ye made to yourselves.
(27)  Therefore will I cause you to go into captivity beyond Damascus, saith the LORD, whose name is The God of hosts.

The opinion below about the above passage is expressed by another not my own I concur and agree with it as my second witness.

First of all, the Lord is bringing judgment on Israel for carrying on a religious ceremony without true dedication to the Lord.  They sing songs and present their offerings while harboring idols.  I was reminded of how the Lord must view the heretical apostate mega-church celebrations of today.  There is a lot of pomp and circumstance, yet little or no obedience to the Word of God.  The Lord does not look favorably upon worship of that type, no matter the hype, no matter the noise, no matter the show.  He actually “hates” it. -by the folks over at   Deception in the Church   Ministries.

Wigglesworth only gave a Wigglesworth, and those who fell down when someone Evangelist or preacher entered the room had his start by preaching not bowing to false doctrines.

A minister of GOD used human Psychology and even played the devil’s advocate to inspire God to move through me.  Going South to Carolina’s was just a metaphor. I asked him once in front of his congregation if he was jealous of my call? He said he was not.  So I asked then where are the crop circles? He said nothing,  he never took his board or deacons and sat me down to correct my outburst,    I knew he had lied and so did he.   The call is to promote holy jealousy, but to a man who grew up a Preachers Kid and served forty years in a ministry of his own, it was not so holy jealousy it was more condemning jealousy like Cain and his rock.

He could not rejoice with me until I bowed to him first. How sad for those whom he claimed to love, he robbed them of hope by acting as if he did know God while boasting about his fast-growing Pentacostal movement that is dragging us back to idols and offense.  They are building his gallows and for our unsaved loved ones.

Months later I gave a word to Prepare the Bride the King is coming he summoned the church to the front of the altar for prayer waiting for the move of God it was not going to come because had it come he would feel vindicated his position in the Pentacostal movement was right and remain unbroken and unrenewed he was Preachers Kid and there was no way he could be deceived after all his defining moment came at a shoe store when he was five years old when Christ saved him so what happened that made him  and other Pentecostal’s chose Catholicism rather  than Say Seventh Day Adventism or Baptist?

I will not side with those who killed so many saints created doctrines of demons, and still hail a Holy Father who is not my Father or the Father of Jesus Christ. Jesus said to call no man Father, someone needs to tweak that new age Pentacostal spirit.

I have cued the video to begin at the gathering of  Pentecostals at Kenneth Copelands  Church, who got his start through the teachings of Keneth Haigan, who got his faith and beliefs from E.W. Kenyon who was part of the Positive Thought Movement. It’s the root of the tree we are to look at to know where the fruit came from.

It has been suggested by some that Kenyon was the originator of the modern “positive confession” theology, which is prevalent in Word of Faith Pentecostalism. Proponents of this view suggest that the New Thought Movement heavily influenced Kenyon’s religious views during his time at the Emerson School and that he developed the teaching of positive confession from that influence.

Kenyon was born on April 25, 1867, in Hadley, New York. At age 17, he was converted in a Methodist prayer meeting. He became a church member in his early twenties and gave his first sermon at the Methodist Church of Amsterdam, New York, where he served as a deacon. Kenyon had a crisis of faith and left the faith for 2 1/2 years prior to returning to faith in 1893. Although desiring to be an actor, Kenyon earned a living as a piano and organ salesperson. In an attempt to hone his acting skills, Kenyon attended the Emerson School of Oratory in Boston for one year in 1892, studying acting.
Kenyon first married Evva Spurling. The two were married on May 8, 1893. Shortly afterward, Kenyon attended the services of Clarendon Street Baptist Church led by pastor Adoniram Judson (A.J.) Gordon. At this service, Kenyon and his wife rededicated their lives to the Lord.
Later that year, Kenyon joined the Free Will Baptists and became a pastor at a small church in Elmira, New York. In 1898, Kenyon opened Bethel Bible Institute in Spencer, Massachusetts, which remained in operation until 1923. He was its president for twenty-five years. The school later moved to Providence, Rhode Island, and became Providence Bible Institute. It later became Barrington College and merged with Gordon College, which was named after one of Kenyon’s many mentors, A.J. Gordon. It is now known as Gordon College.

Below a Fourth Witness

WHAT’S WRONG WITH THE FAITH MOVEMENT (PART ONE):. E. W. KENYON AND THE TWELVE APOSTLES. OF ANOTHER GOSPEL by Hank Hanegraaff.

Permanent link to this article: https://thedivineplan.org/yes-you-can-judge-the-bible-insists-we-do-and-i-do/